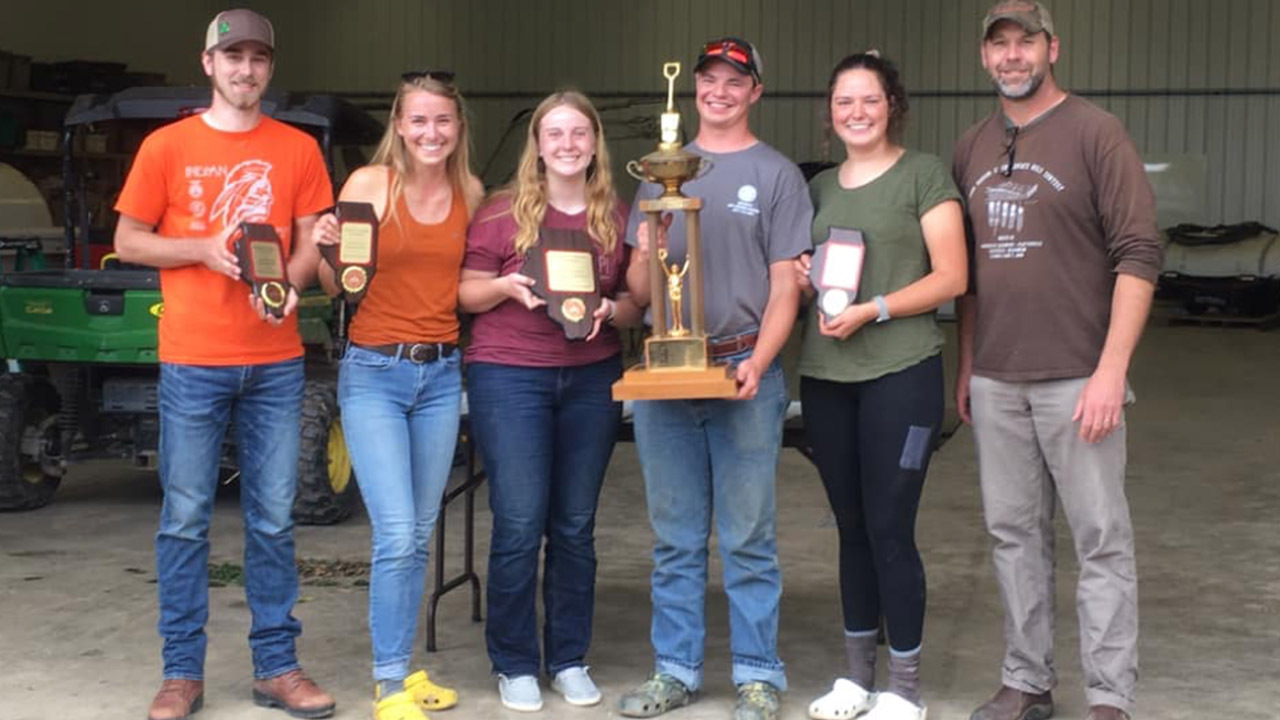 The event involves intensive field study of soils and landscapes and culminates in both individual and group competitions, which test the contestants' abilities to accurately describe soil and landscape features and classify the soil using a scientific system called Soil Taxonomy. The contestants also determine limitations of the soil for specific land uses, such as building sites, roads, and septic systems based on specific soil properties and indicate if the soil meets criteria of a hydric soil for wetland determinations. Scoring is based on the agreement between the contestant’s descriptions and those of a professional soil scientist serving as the contest official. Illinois State Soil Scientist Ron Collman with the U.S. Department of Agriculture-Natural Resources Conservation Service served at the contest official.

Strobel took home first place honors with a score of 1,043, while Field and Nollen placed third and fourth, respectively, with scores of 996 and 994. The UW-Platteville team placed first in the overall competition, qualifying UW-Platteville for the National Collegiate Soils Contest to be held in spring 2022 in Ohio. This marks the 23rd time that the UW-Platteville team has won the regional competition since it started competing in 1973. The competition was not held in 2020 due to the COVID-19 pandemic.

Funding for team travel and equipment was provided by the Segregated University Fees Allocation Commission, the Doug and Jean Buhler Undergraduate Travel Impact Grant and by donations made by alumni and friends to the UW-Platteville Foundation-Soils and Crops Teams Endowment Fund.

For further information, contact Baxter at baxterch@uwplatt.edu, or visit www.facebook.com/UWPsoils.