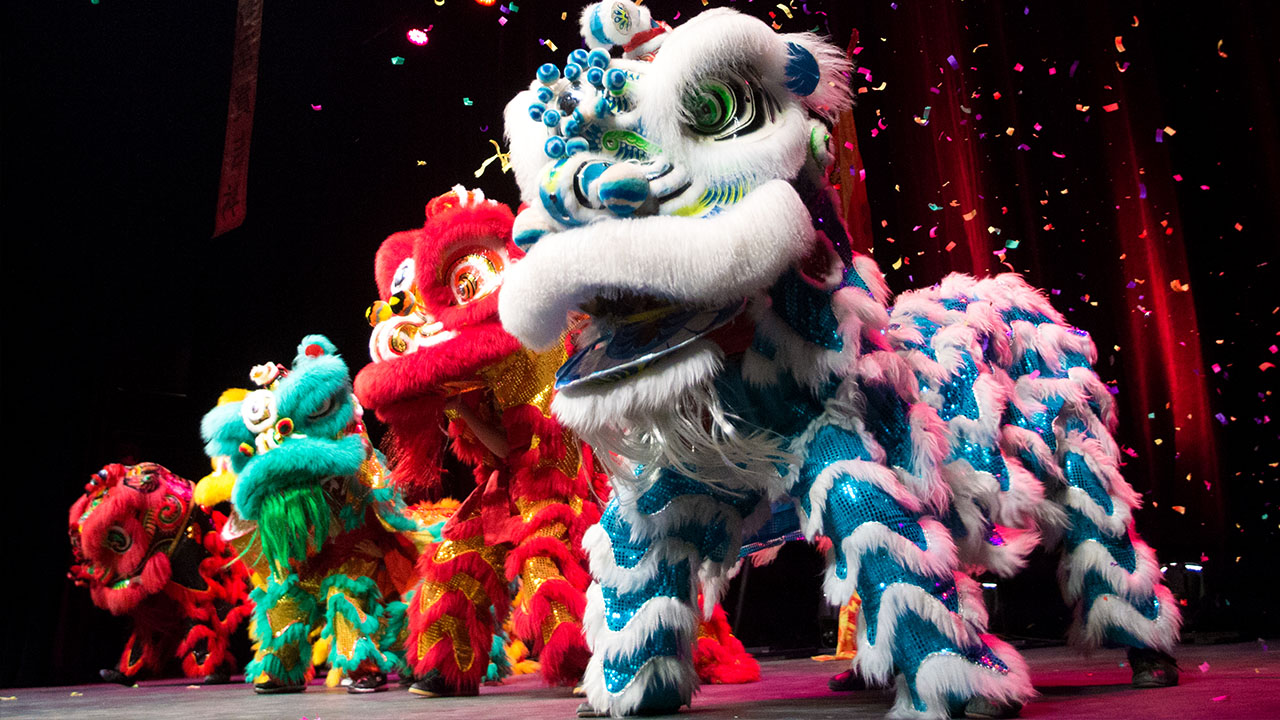 Chinese New Year, also known as Lunar New Year 中国新年( zhōngguó xīn nián) or Spring Festival 春节(Chūn Jié), is China's most important festival.  It celebrates the beginning of a new year on the traditional Chinese calendar. Marking the end of winter and the beginning of the spring season, observances traditionally occur from New Year's Eve until the Lantern Festival, held on the 15th day of the year. In 2021, the Year of the Ox, the first day of the Chinese New Year will be Friday, Feb. 12. In Chinese culture, the Ox is a valued animal because of its role in agriculture and its positive characteristics, such as being hard-working and honest.

The festival originates from the story of the Nian Monster in ancient China. According to legend, once every year a monstrous creature named Nian would come out of the forest at night and devour entire villages. Efforts to protect against Nian during New Year's Eve transformed into the Spring Festival celebration.

To view a live stream of the event, visit the Facebook page at Facebook.com/UWPlattevilleConfuciusInstitute.  For more information about the celebration or to request disability accommodations, contact Confucius Institute at 608-342-1310 or confucius@uwplatt.edu.