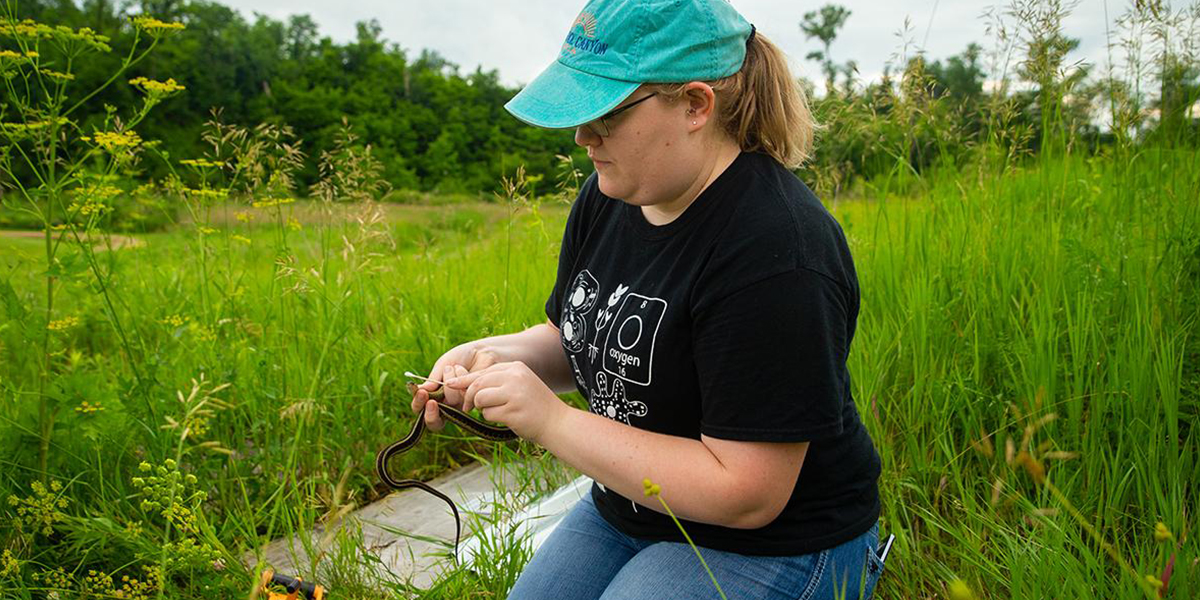 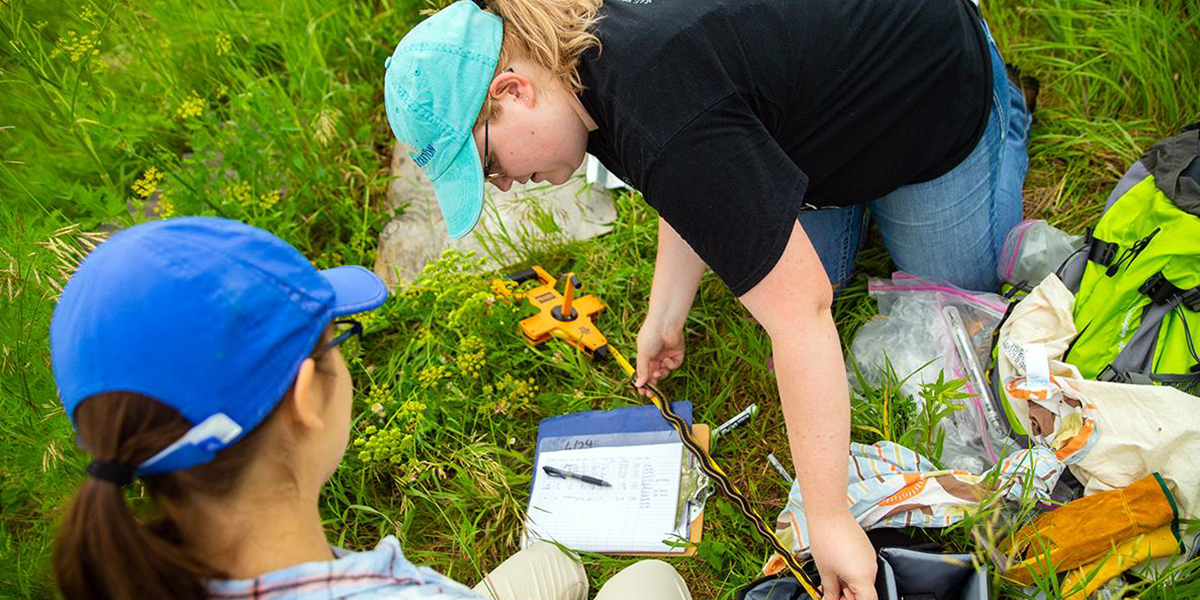 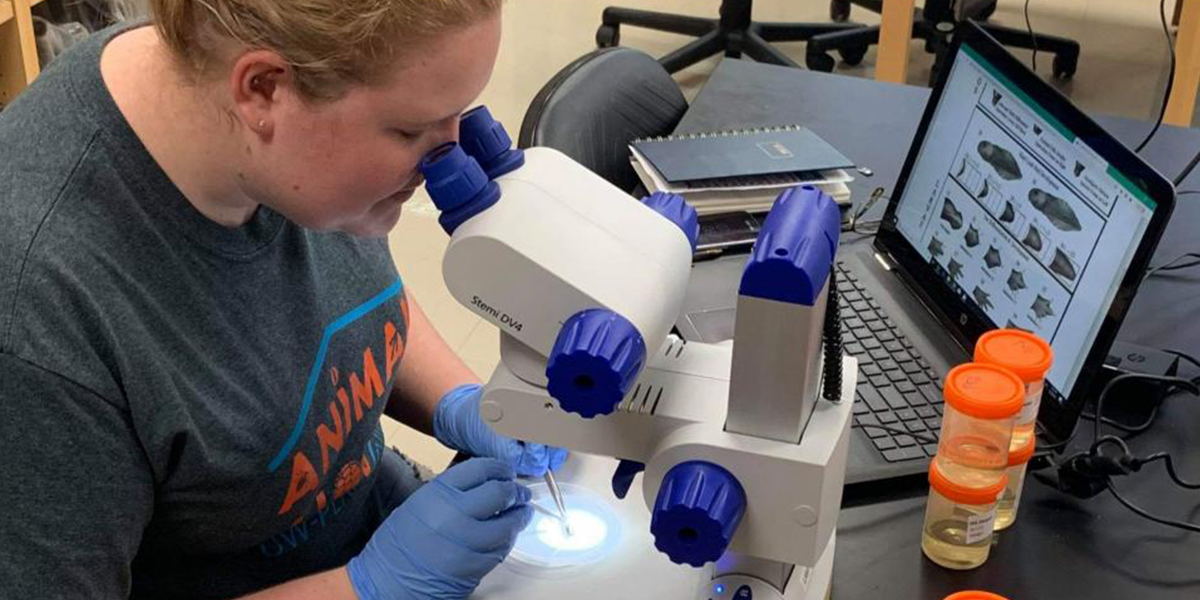 University of Wisconsin-Platteville senior Jessica Wells is spending her summer in the field pursuing her research interest as a part of UW-Platteville’s Summer Undergraduate Scholars Program. The biology major and West Allis, Wisconsin native is studying environmental factors that could be potentially contributing to tadpole abnormalities.

Now in its second year, the Summer Undergraduate Scholars Program offers 10 students – across a variety of majors – an opportunity to spend the summer engaged in research in their area of interest while mentored by a faculty member. The program includes weekly group sessions to explore topics such as leadership development, research ethics, preparing for graduate school and more.

Wells’ project was spurred by a Comparative Anatomy class’s discovery last fall of tadpoles in UW-Platteville’s Memorial Park with abnormalities to their oral discs, which is the area surrounding the mouth opening of the tadpole. Under the mentorship of Dr. John Peterson, assistant professor of biology, Wells is monitoring water samples from three sites in Memorial Park, comparing them for differences in vegetation, dissolved oxygen, pH and other chemistry data to discover any correlations between the variables and abnormalities.

Wells is using some of the data and tadpoles collected by the Comparative Anatomy class and dissecting tadpoles to measure gut length. “If tadpoles’ mouths are deformed, they might not consume as much,” explained Wells. “The longer the gut length is, the longer time they have to absorb the nutrients, so I’m looking to see if there is a difference between gut length associated with the number of teeth.”

While Wells will continue the project through the end of the summer, she is already discovering some preliminary results. “With the data I have right now, there are significant differences in the water samples from the different sites,” she said. “At a site with more abnormalities happening, there is a difference in pH and dissolved oxygen and temperature.”

Wells’ summer research is not limited to tadpoles; she is also assisting with an ongoing project to monitor snakes on campus. In 2017, biology students began monitoring snakes in Memorial Park for signs of an emerging fungal disease. They set up more than 100 boards throughout the park to coax snakes into taking cover under them. Wells inspects the boards twice a week throughout the summer and records data for each snake she finds, which includes weighing, measuring, photographing and swabbing the snake so that a sample can be tested for the fungal disease.

These research projects are only the latest in a number of fieldwork opportunities Wells has taken advantage of. Her initial interest in the area of herpetology developed two years ago when she assisted with a cricket frog survey through which she collected data for the Department of Natural Resources at more than 30 sites across Southwest Wisconsin. Last summer, Wells had the opportunity to enroll in a summer class at the University of Southern Mississippi. The two-week herpetology field course gave her a chance to interact with more than 75 southern species of reptiles and amphibians.

All of these experiences, Wells said, have helped her to better focus her career goals. “Without these hands-on experiences, students can’t really get a feel for what they are going to be doing with their degree,” she said. “It’s a great way to determine what you like and don’t like.”

Wells, who will graduate this December, hopes to attend graduate school with the eventual goal of working in a zoo or in another area that involves community outreach and education.

Participants of the Summer Undergraduate Scholars Program will present their work on Aug. 1-2 and again during the fall semester.