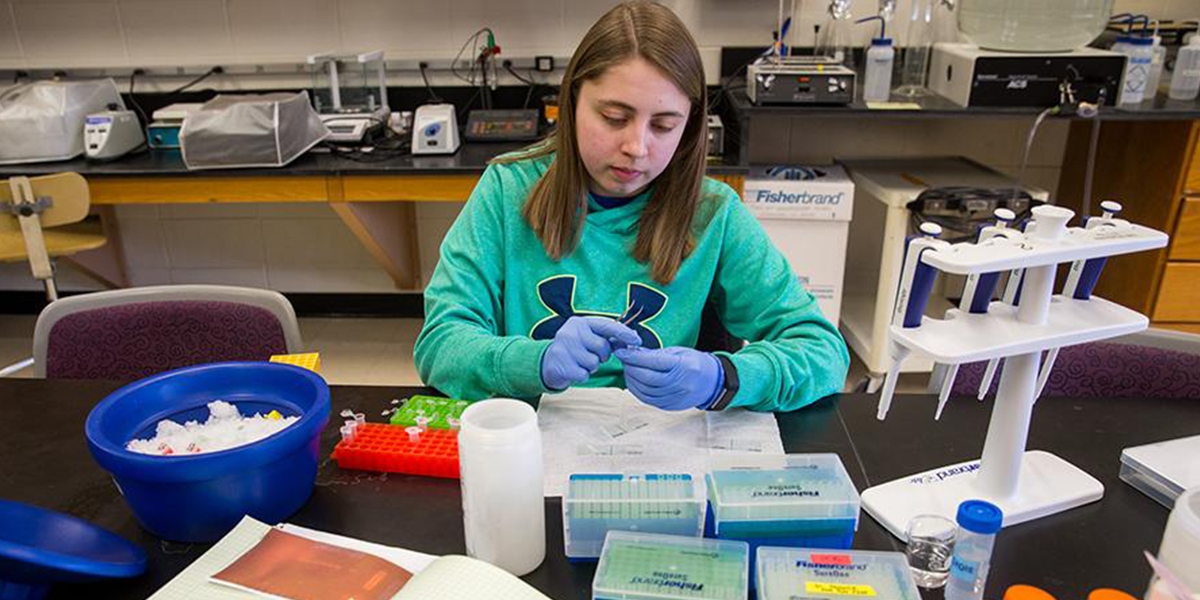 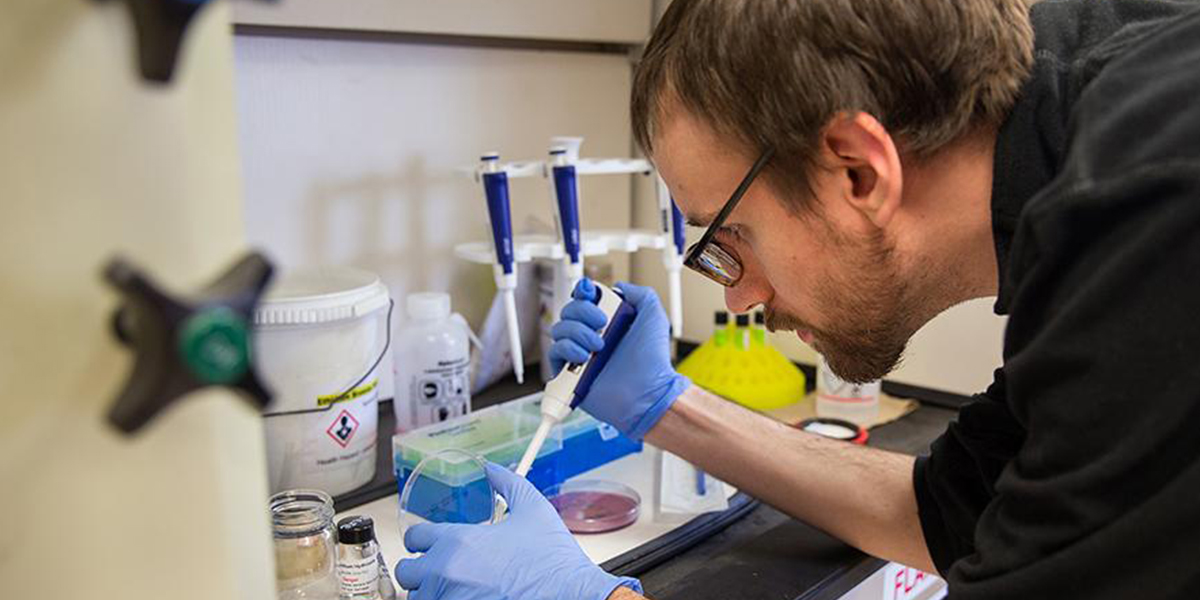 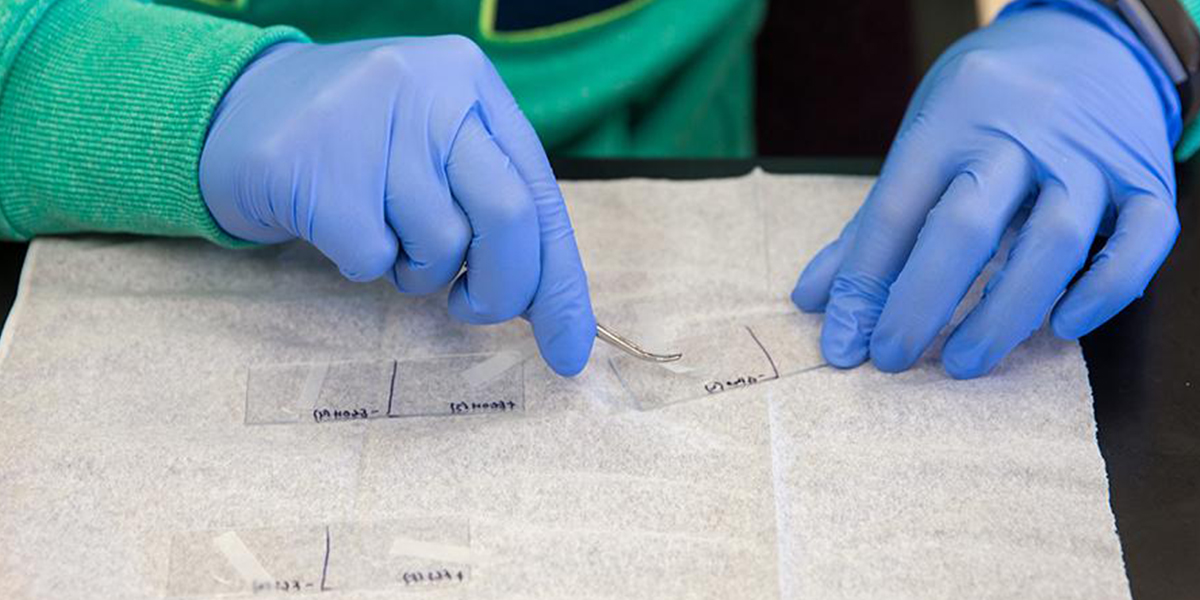 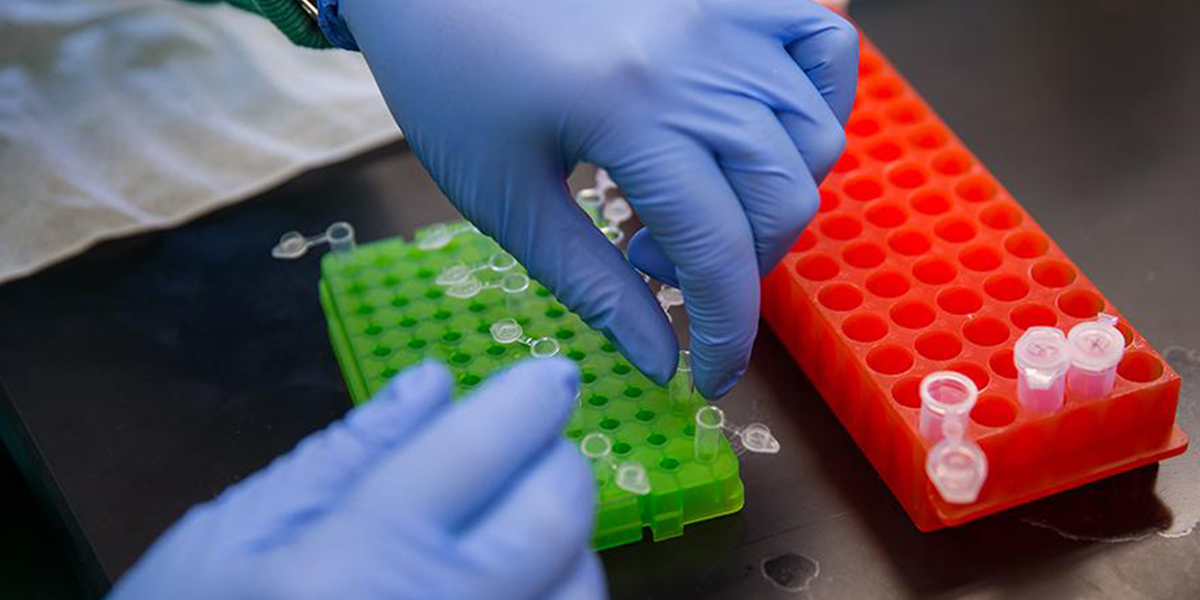 University of Wisconsin-Platteville student research teams have been experimenting to find the limitations of the First Contact™ adhesive polymer, which is already being used by NASA to clean its astronomical equipment, like telescopes, mirrors and lenses. Michael Schneider, a senior criminalistics and DNA major from Stratford, Wisconsin, and Caitlyn Guldenpfenning, a senior biology major with an emphasis in molecular/genetics from Letts, Iowa, have been working alongside Assistant Professor of biology Dr. Mark Levenstein to explore the abilities and limitations of the polymer.

The First Contact™ adhesive polymer was invented by Dr. James Hamilton, a UW-Platteville professor of chemistry, and NASA has been using this polymer for about a year to clean their equipment. They have recently reached out to see if UW-Platteville students could research what else this polymer is capable of in regards to removing particles.

“My side of the project is seeing if the polymer can remove DNA from surfaces in order to clean them – one of the reasons NASA is really interested in it. They want to see if the polymer can clean other surfaces, like star shields,” Guldenpfenning said.

The grant for the polymer research is from NASA’s Jet Propulsion Lab project called the “Starshade” that will be used to search for exoplanets (those that might support life). NASA’s Office of Planetary Protection became interested in the project, and the students are trying to determine if the polymer is capable of preventing the transfer of human genetic material and life to other places in the universe.

“I am pretty excited to see what the limitations are of the polymer. I am seeing if we can recover the DNA, which will be really useful in forensic investigation in the future if we can show that it has that capability,” Guldenpfenning said. “I think this research is a really great experience for moving on to graduate school, and presenting it helps give me practice on informing the public of what we are doing.”

In the beginning of summer 2018, the students started with DNA samples to see if the First Contact™ adhesive polymer could pick up the DNA from various surfaces. Since then, the students have spent approximately 550-600 hours in the lab working on creating and testing their own experiments.

“I think that student research is really important because it helps students understand what it’s like in an actual lab setting,” Schneider said. “During class, you have labs, but you are usually working in very well-regimented and scripted ways. You are told what to do basically the whole time. In research, you have time to work on your own experiments and work with someone who is more experienced to design experiments.”

Schneider said that they are starting to expand their research to bacteria as well as DNA because bacteria are life that could propagate and reproduce in various environments. This would make it easy for life on Earth to move and spread to other places, possibly causing harm to those environments.

“We grow E.coli on surfaces that are ampicillin-resistant. You apply it to a surface, use the First Contact™ to take it off, and do a growth test to try and grow it again to see if it is still alive,” Schneider said. “We have been testing it with a bunch of different types of materials. This last semester, we have been switching over to bacillus atrophaeus (used in the military) because it is a sporulating bacteria, and they are much harder to remove from a surface.”

Guldenpfenning and Schneider will be presenting their research on April 17 at the 16th annual Research in the Rotunda held in Madison, Wisconsin. This event allows UW System students to share their research projects with legislators, states representatives, UW alumni and members of the general public.