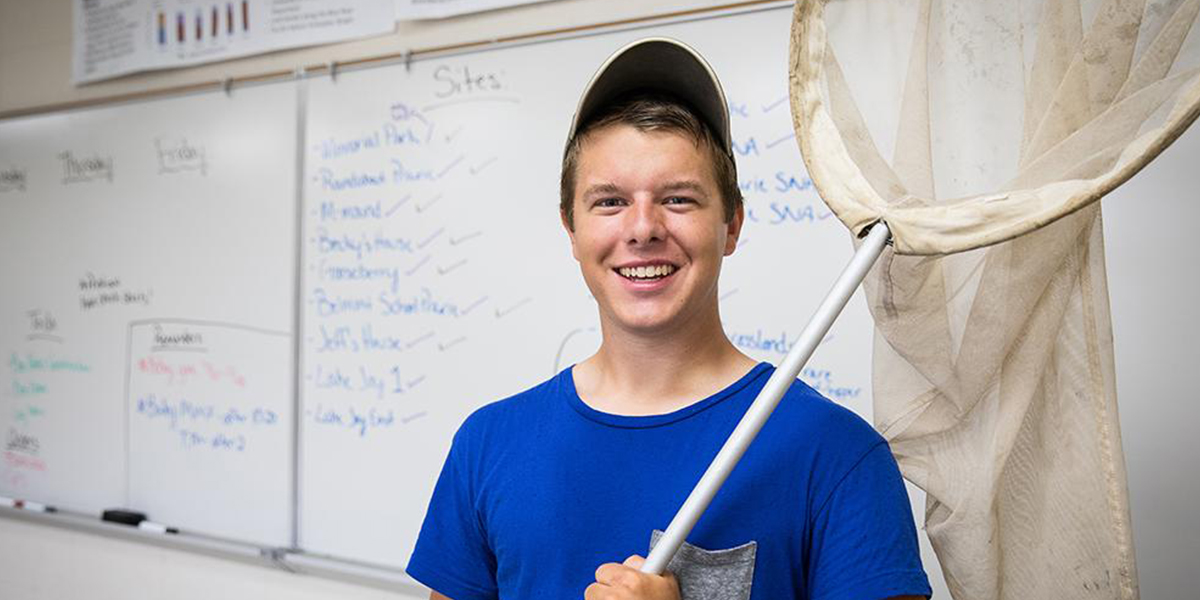 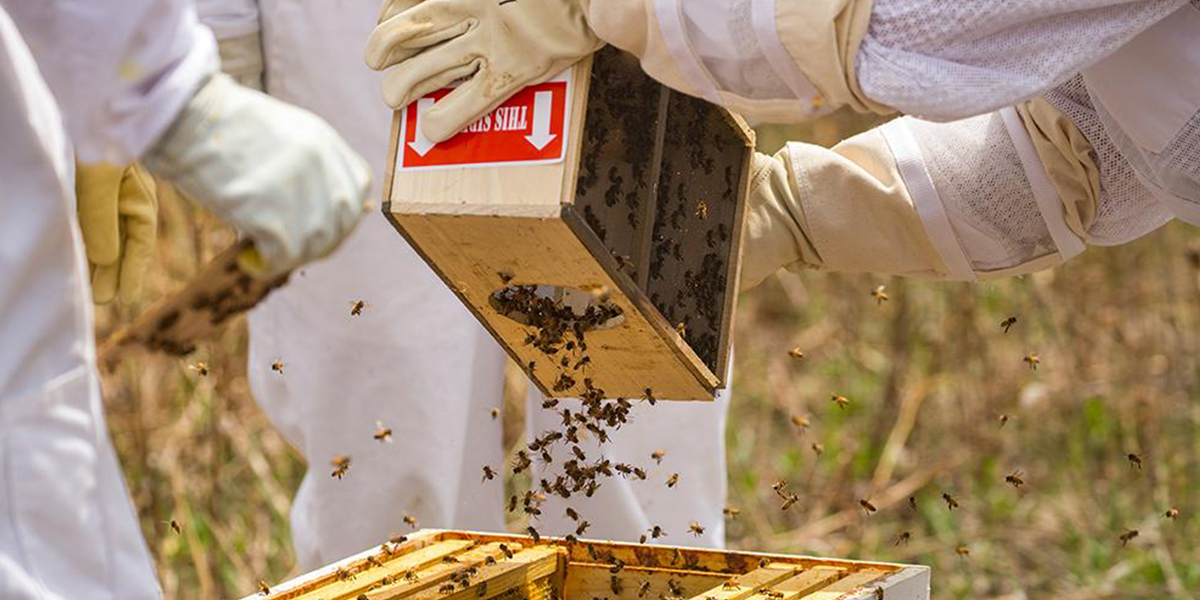 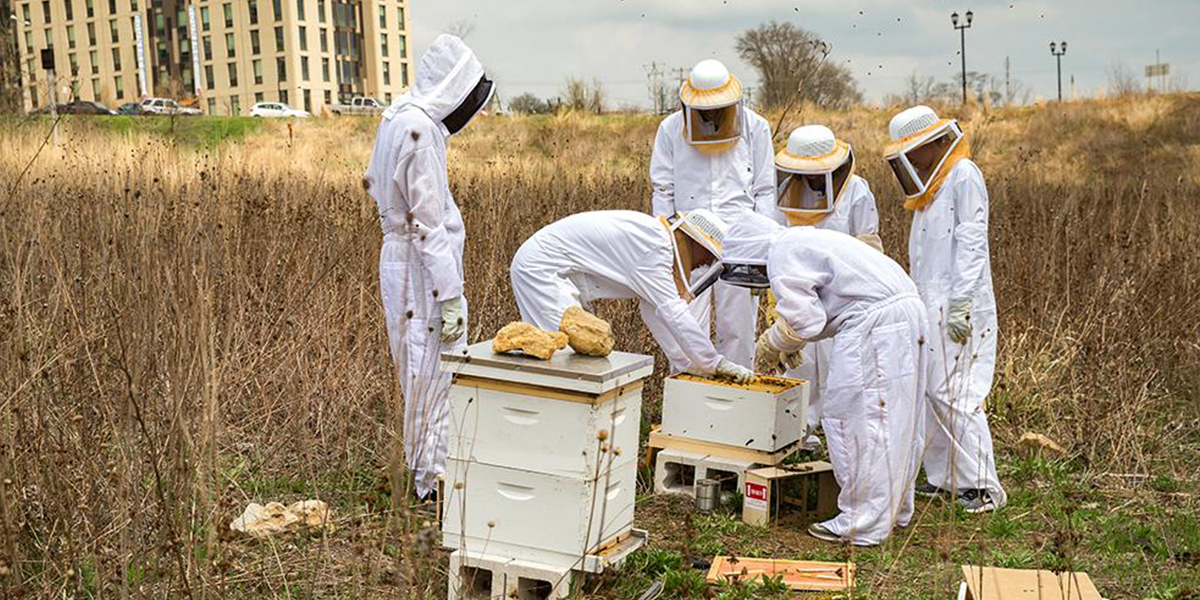 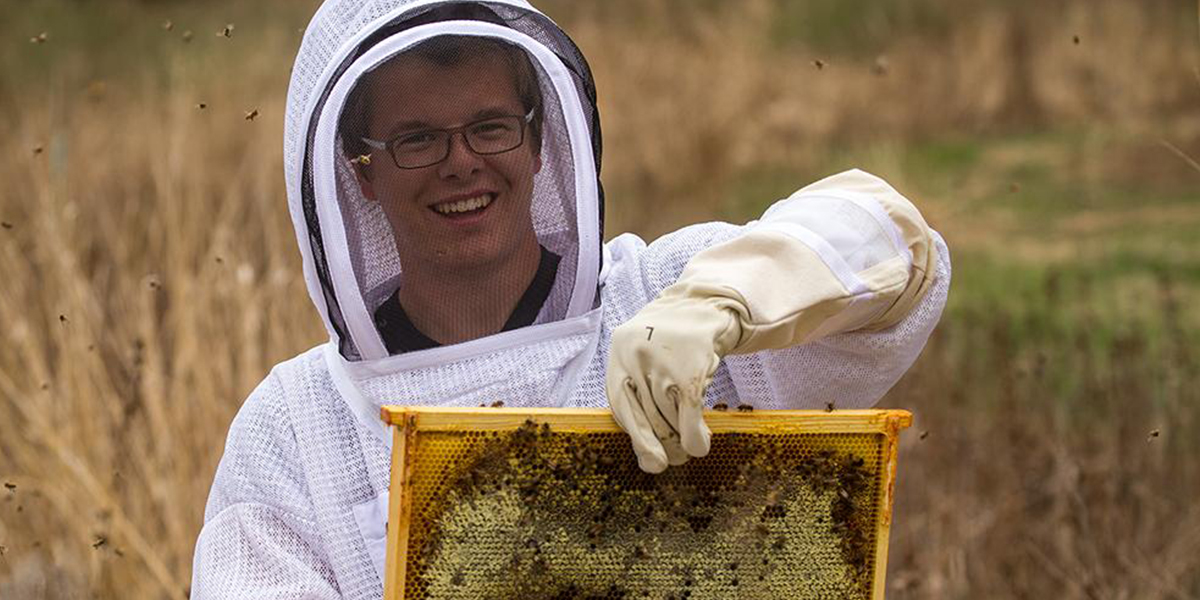 Four University of Wisconsin-Platteville students are contributing to research that will assess the effects of honeybees and surrounding habitat on native pollinators. They will present their research at the 16th annual Research in the Rotunda event on Wednesday, April 17 in the capitol building in Madison, Wisconsin.

The idea for researching this topic all started when Alex Harman, a senior biology major with an ecology emphasis, discovered rusty-patched bumble bees on campus. Having been interested in insects since the age of three from a biologist grandmother who taught at UW-Platteville, Dr. Elizabeth Duewer, Harman knew he had spotted the endangered species. Knowing that an advisor was working on bringing honeybees on campus, Harman became concerned that the honeybees, which were brought to North America by colonial settlers, may outcompete the native rusty-patched bumble bee species.

“The rusty-patched bumble bee was once found throughout the eastern United States. Now, they’re only in parts of Southwest Wisconsin, northern Illinois and parts of Minnesota, Iowa and Ohio. They are pretty isolated,” said Harman. “It’s cool that we still have this endangered species on our campus and important that we keep them here.”

Harman, along with Bailey Graf, Cassandra Wolf, Kelsey Gille and faculty mentor Dr. Becky Doyle-Morin, surveyed 16 field sites scattered around Iowa, Grant and Lafayette counties. The group conducted three survey sessions, visiting the field sites once in late June to early July, once in July and once in late August to early September. They used a 100 meter transect and sweep nets through the prairie and then specifically hunted butterflies and bees that wouldn’t be caught in the net in order to study what species and how many of each of those species were caught at each site. While the group is still analyzing the data, it doesn’t seem as though there is a large correlation between honey bee numbers and native pollinator diversity. While honey bee numbers are generally highest towards the end of summer, native pollinator diversity is usually highest in early summer.

“People think that pesticides may be playing a big role in the rusty-patched bumble bee’s habitat, as they’re more likely to be found in towns where pesticides are not being sprayed. That’s why it’s important not to spray for insects on campus,” said Harman. “Memorial Park, a space designated for athletics and recreation on the UW-Platteville campus, does a good job of providing 45 acres of habitat to native species.”

Research in the Rotunda brings more than 100 selected undergraduate students and their faculty mentors from campuses throughout the UW System to showcase their research to legislators, state leaders, alumni and the public.