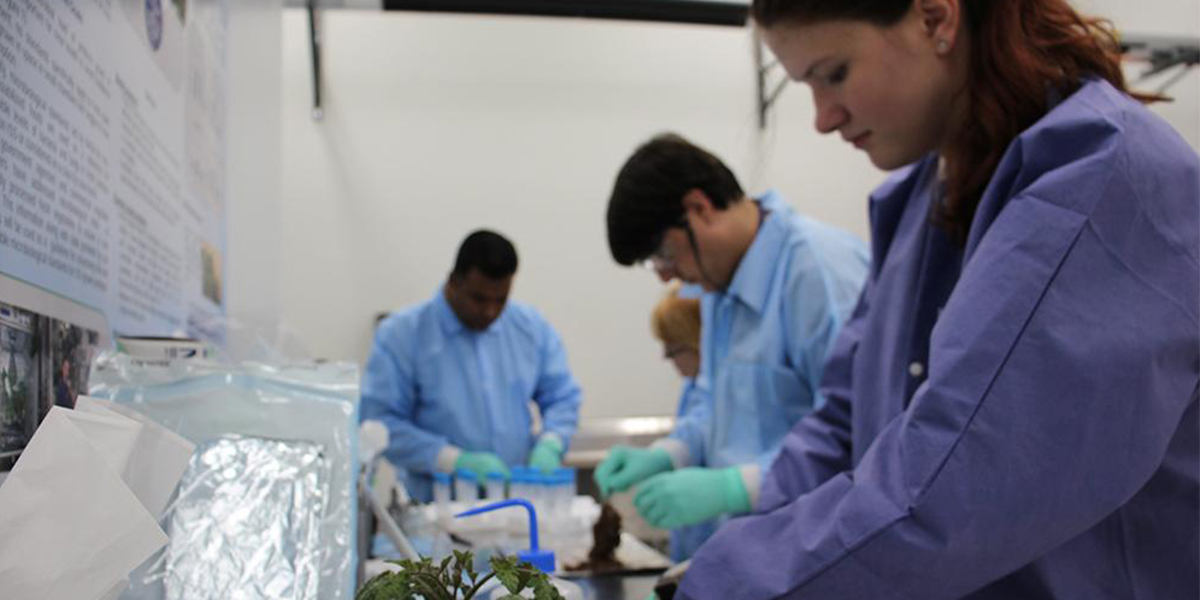 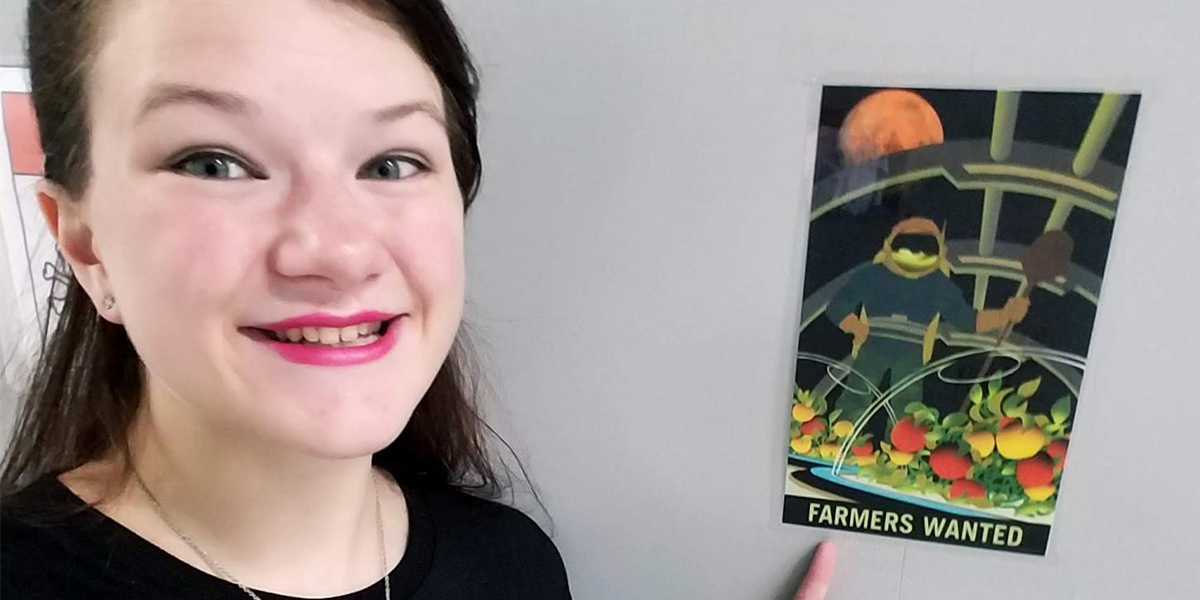 University of Wisconsin-Platteville student Eva Birtell’s research on agricultural production systems is – literally – out of this world. The junior environmental horticulture and biology major from Oostburg, Wisconsin, is part of a team of students that placed in the top five in a NASA-sponsored challenge to propose greenhouse concepts for Mars. Birtell joined the challenge after recently completing an internship at NASA, where she contributed to research on agricultural production on the International Space Station.

Birtell has a strong interest in agroecology, the idea that agricultural systems should be treated like controlled ecosystems. Curious as to the limits of these controlled ecosystems, she became interested in aquaponics and hydroponics. In pursuit of deep space travel and eventually extra-terrestrial colonization, NASA has become a pioneer in advancing controlled agriculture systems. Eager to engage in research in this area, Birtell decided to explore summer internship opportunities at NASA, and the perfect fit presented itself: a Plant Research for Future Food Production Internship.

Birtell spent last summer at NASA’s Kennedy Space Center in Cape Canaveral, Florida, where she worked on a variety of projects. She joined a team of researchers who investigated the microbes living on crops on the International Space Station, and whether or not they are beneficial or potentially pathogenic. She also contributed to research involving the selection of pepper variety for the International Space Station.

“Peppers respond to stress by making capsaicin, which is what makes them spicy,” explained Birtell. “We didn’t know if there would be a big increase of capsaicin in the peppers. We don’t want an astronaut to be eating a bell pepper, and it turns out to be like a jalapeño.”

More independently, Birtell researched alternative ways of sanitizing produce on the International Space Station. The current method is inefficient, as it only allows astronauts to clean a small amount at a time. Through her literature research, Birtell found a fungus that has extreme anti-microbial capacities. She had the opportunity to present her findings to a full team of NASA scientists and researchers, and she eventually came in contact with the person who discovered the fungus and researchers who have patents to make it. Before completing her internship, she prepared a pre-proposal on this method, which NASA scientists are currently still exploring.

After Birtell returned to UW-Platteville in the fall, one of her fellow interns recruited her to join a team for NASA’s BIG Idea Challenge. The annual competition tasks teams of students across the country to design capabilities and technologies for use in future NASA missions. This year’s theme charged the students with the task of developing plans for the design, installation and sustainable operation of a greenhouse on Mars. Birtell, who is the only undergraduate student on her team, joined other previous NASA interns from the University of Michigan, Penn State University, Purdue University and Michigan State University. The team engaged in weekly meetings throughout the fall, and Birtell estimates that independently she spent three to five hours each week on literature research.

Birtell’s portion of the project involved determining the amount of space needed per astronaut’s nutritional requirements. She explored spacing requirements for crops; considered waste reduction methods, including the use of insects that have strong waste degradation capabilities; and recommended food storage and sanitation concepts.

“Our concept involves a lot of automation because astronauts’ time is very valuable,” said Birtell. “However, we want them to have some interaction with the plants because it improves mental wellbeing.”

Now that they have been selected to the top five, the team members will continue to refine their proposal and prepare to present it at the 2019 BIG Idea Forum at the NASA Langley Research Center in Hampton, Virginia, in April.

This type of opportunity is one Birtell hoped for when she decided to attend UW-Platteville, which she chose because of its affordability and reputation for students who focus on academics. She has found the support of faculty to be a key factor in creating opportunities as an undergraduate. “I can’t understate how wonderful professors at UW-Platteville have been,” said Birtell.

While her passion for this type of agricultural research has grown during her time at UW-Platteville, it has roots in a personal mission that began long before enrolling at the university. “I have always loved biological systems, and tied into that is the fact that I really want to help feed people,” explained Birtell. “I want to use my time and brain to better society. There were a lot of times as a kid when my family was food insecure, and I remember how exciting it was when we got fresh produce. I grew up understanding how important food is. We talk a lot in agriculture about the global food crisis coming up, and so I feel like there is a lot of good that can be done – whether it is preparing people on another planet or the one we have.”