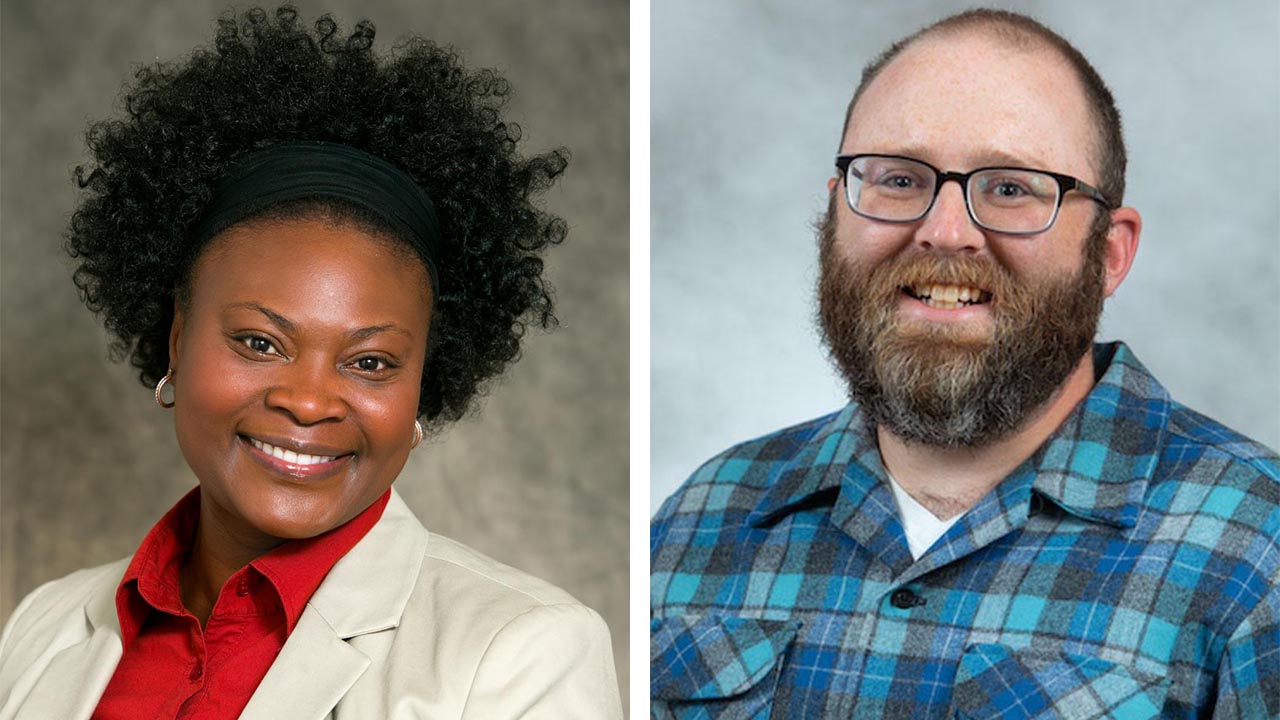 The work of two University of Wisconsin-Platteville faculty members, Dr. Shan Sappleton and Dr. Douglas Adams, was recently published in The Professional Educator, a peer-reviewed, open-access journal. In “On Decolonizing US Education: Lessons from the Caribbean and South Africa,” the authors use cases of the English-speaking Caribbean and post-apartheid South Africa decolonization efforts to move away from Eurocentric norms and values in the United States education system.

The interdisciplinary collaboration between Sappleton, an associate professor of political science, and Adams, an assistant professor of education, began nearly two years ago and combines Sappleton’s expertise in the Caribbean and South Africa and Adams’ expertise in the U.S. education system. The idea for the topic emerged from the School of Education’s Race and Education series and a related one-credit course that Sappleton and Adams co-taught. In the course, they encouraged a more global orientation for students to think through the span and reach of colonialism and the systems of inequalities established as a result. This included the role of education in reinforcing hegemonic norms, values and attitudes that support these systems.

“The American education system often dominates the global North sphere,” said Adams. “We wanted to look at some of the things the United States can learn from other parts of the world doing incredible work. This includes the work that was surrounding South Africa and the Caribbean in decolonizing their curriculum and using sources relevant to the individuals there, instead of using sources of information that are decidedly different from their own reality.”

“The Caribbean and South Africa were solid cases to explore,” added Sappleton. “Caribbean scholars and leaders, such as Eric Williams, have long held that addressing systemic inequalities requires challenging and revamping the education systems since they are the vehicle via which the public cultivates their general views, beliefs and attitudes. The work of these scholars has been embraced in post-apartheid South Africa's decolonizing efforts. And, South Africa, like the U.S. and Canada, emerged from settler-colonialism.”

Sappleton and Adams drew conclusions for how the Caribbean and South Africa can inform U.S. educational decolonization, which include teaching beyond the textbook and critically evaluating whose voices are amplified and whose are marginalized. This also includes moving beyond celebrating the voices of marginalized populations on designated days – for example, Indigenous People’s Day in October – and intentionally embedding them into curricula year-round.

Adams said that he and Sappleton were intentional in choosing to publish in an open-access journal so that more practicing teachers have access to it.

“We really want to empower teachers,” said Adams. “We want to add to the chorus that shows teachers that we are in their corner to do social justice work.”

The Professional Educator is published by the Truman Pierce Institute at Auburn University.