An engineer’s paradise: student works and learns on island home 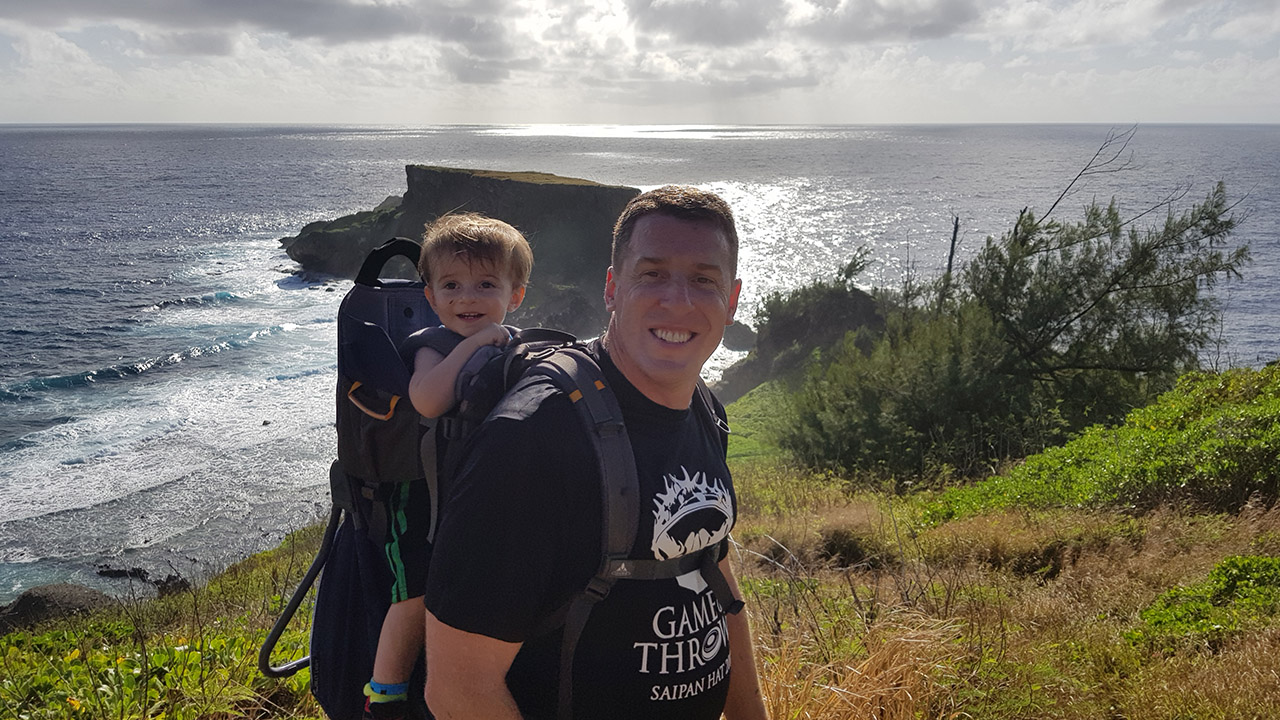 On the other side of the world, Travis Spaeth spends his days working as an environmental engineer on the island of Saipan. Saipan is the largest and most populated island of the Northern Mariana Islands, an American-owned archipelago located in the western Pacific Ocean.

“Saipan is like the poor man’s Hawaii,” Spaeth joked. “It’s just as beautiful, but also cheaper.”

Island life seems to suit Spaeth well, but that’s not to say it’s a total breeze: As an employee of the United States Public Health Service, Spaeth works on expanding and improving the island’s water utilities. This is an ambitious project, as currently utilities run not only on Saipan, but three other hospitable islands, where water is regulated daily. While this system may be troubling, it’s also rewarding work for Spaeth, and is one of the reasons he enrolled in the online Master of Science in Engineering program at the University of Wisconsin-Platteville.

“I live as far from Platteville as possible,” Spaeth said. “But learning how to provide sustainable engineering is critical over here, so I’m really enthusiastic about everything I’m learning and how the information I share is very beneficial to everyone, including my employer and constituents.”

Expanding his knowledge wasn’t the only reason Spaeth decided to pursue an advanced degree, however: “The Public Health Service is big on promotions, and getting a master’s would be huge for advancement,” Spaeth added.

Spaeth first discovered Platteville’s online engineering program by word of mouth, as some of his coworkers went through the program themselves. This prompted him to enroll at Platteville in spring 2016. Two years of hard work followed, but now the end is almost in sight.

“I plan to graduate in the spring of 2019,” Spaeth said. “Sometimes I can’t believe how fast it’s approaching, but the trick for me is to just keep plugging away, no matter how busy life gets. I think that’s the trick for any distant student, really. Keep moving forward, take one step at a time—do that and the endpoint will arrive faster than you think.”

This tireless determination is also what made Spaeth stand out as a candidate for the Dawn Drake Excellence in Distance Education scholarship. The $500 award honors the role distance education plays in the lives of non-traditional students and was created by Alternative Delivery Systems founder Dawn Drake.

“I’m pretty excited about that!” Spaeth said about the award. “I’m thinking the extra funding may go toward plane tickets so my family can eventually visit Platteville.”

Traveling the 7,000+ miles to the United States would be no small venture, but much like his education, Spaeth enjoys the journey just as much as the destination.