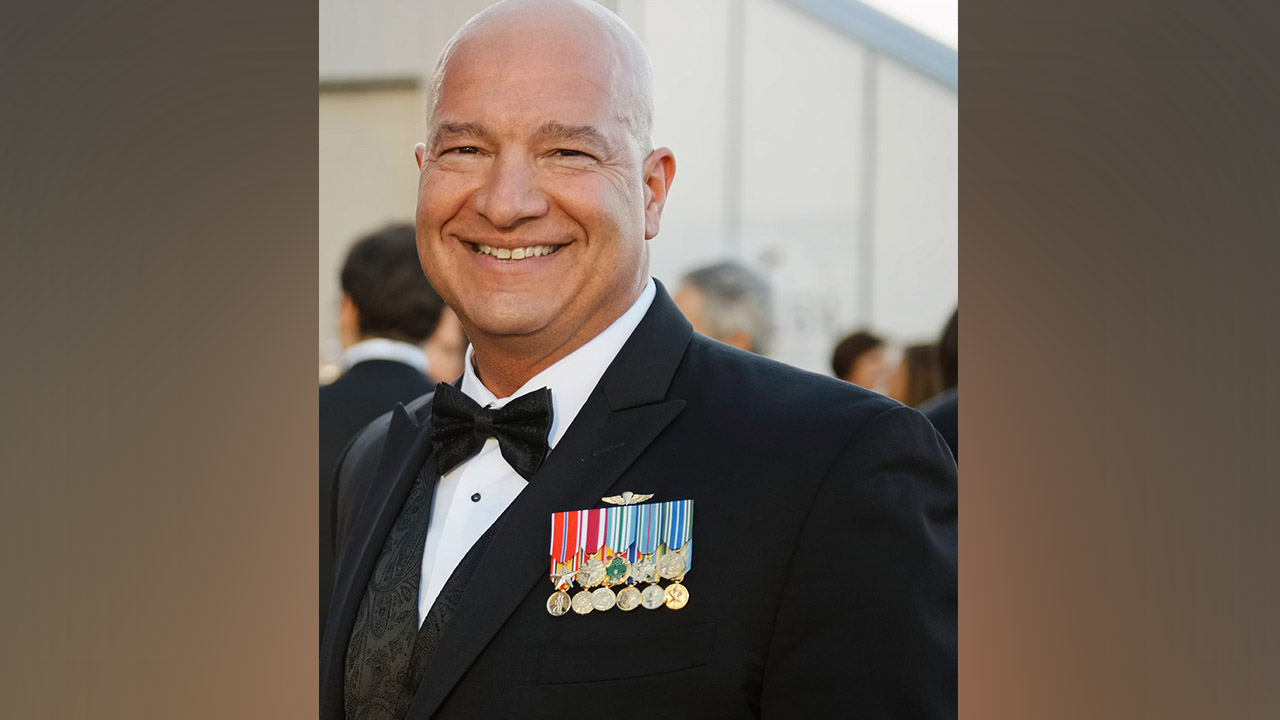 It was an early calling to serve his community and country that led Master of Science in Criminal Justice alumnus Eduardo Jany on his career path, an intermingling of service and education.

Jany was born in São Palo, Brazil, and immigrated to Wisconsin with his parents as a young child. He developed an interest in the military and law enforcement after seeing Milwaukee police officers in their uniforms. “I always liked police since I was a little kid. My earliest memories are of fascination with the military and police. I loved seeing the poise, the bearing, and the pride of service members, and I knew that as soon as I could, I would enlist to serve in the armed forces,” he said. “I had an affinity for law enforcement and really credit learning English from watching shows like Adam 12, Emergency!, and Dragnet as a child.”

Jany continued his education at the University of Minnesota, where he did private security and worked part-time as a police dispatcher to help pay for school. As he advanced to a full-time officer, he realized he could balance both of his callings by being on reserve status in the military and an active law enforcement officer, and vice versa. Throughout his law enforcement career, Jany would serve as a police officer for more than 20 years in Florida, Minnesota, and Washington before retiring as a Captain in the metropolitan Seattle, Washington, area.

In 2015, Jany earned his degree from UW-Platteville. He was on active duty for the majority of his degree program. He retired from the military as a full Colonel after 33 years of combined active and reserve duty.

Jany is now the Executive Officer for Security Operations at Bloomberg L.P., a financial services information technology provider and media company. Founded by former New York City mayor Michael Bloomberg, the New York-based company has over 19,000 employees in more than 175 locations worldwide. Jany’s department covers security, investigations, and protective services for all of them.

“I have a great team of former police and military folks. A typical day can involve anything from coordination and protection of a head of state, celebrity, or dignitary (we average over 60 head of state visits each year), event security planning and threat detection (we average over 200 large events each year), travel security support to our people who deploy globally, or simple management of security resources and activities," Jany said. “I do a fair bit of government and law enforcement liaison and travel about one to two weeks each month.”

“The most challenging part of the job is the fast pace when a crisis or disaster strikes in a location where we have people deployed. Communicating quickly, getting a fix on what is going on, where it is happening, and how or when it is impacting our people. This can be a challenge. We rely on rapid communications and rapid planning processes, so there is a good deal of initiative and energy that goes into that. You really have to be proactive and watch what is going on around the world—be up on world events, the weather, politics, the economy—things that may drive security or threats,” he said.

Jany has also provided security consulting for major international events, including the 2014 World Cup and 2016 Olympics, which both took place in his native Brazil.

Jany says all of his experiences have led to his success. “The combination of past experience and education were key to preparing me for my current role. I think of these as three pillars: education, which forms the foundation and base of knowledge; personal and professional experience, which helps drive the decisions you make; and aptitude (physical, spiritual, and emotional intelligence), which makes you viable to complete the mission.”

“I am convinced that completing a master’s degree at UW-Platteville really enhanced my understanding and my marketability as a leader and resulted in advancements in my career,” he said.