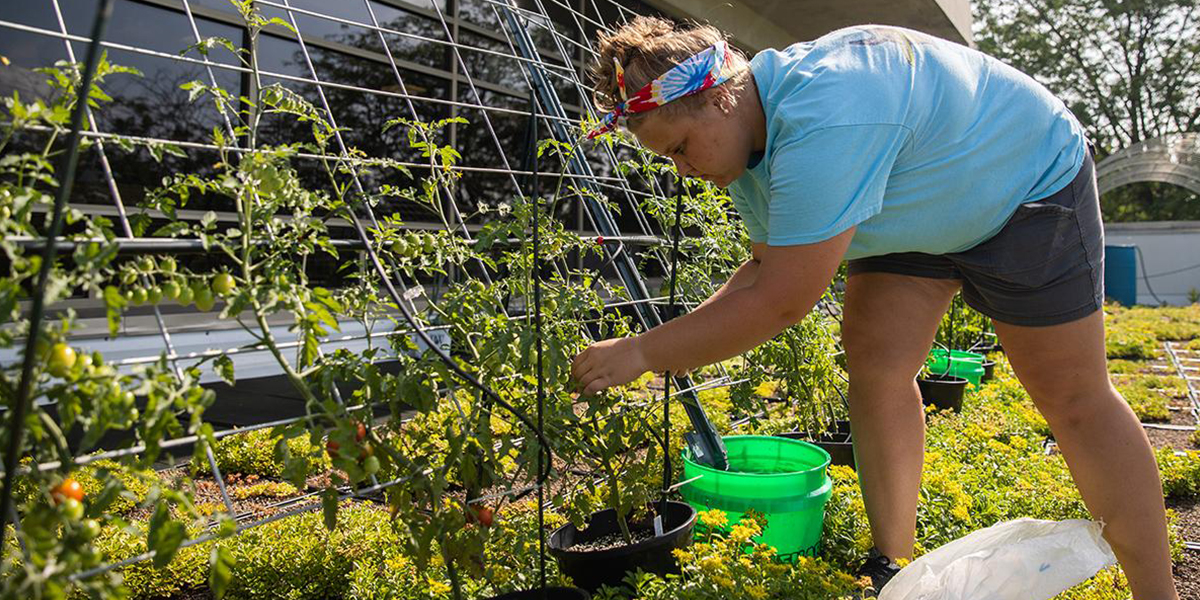 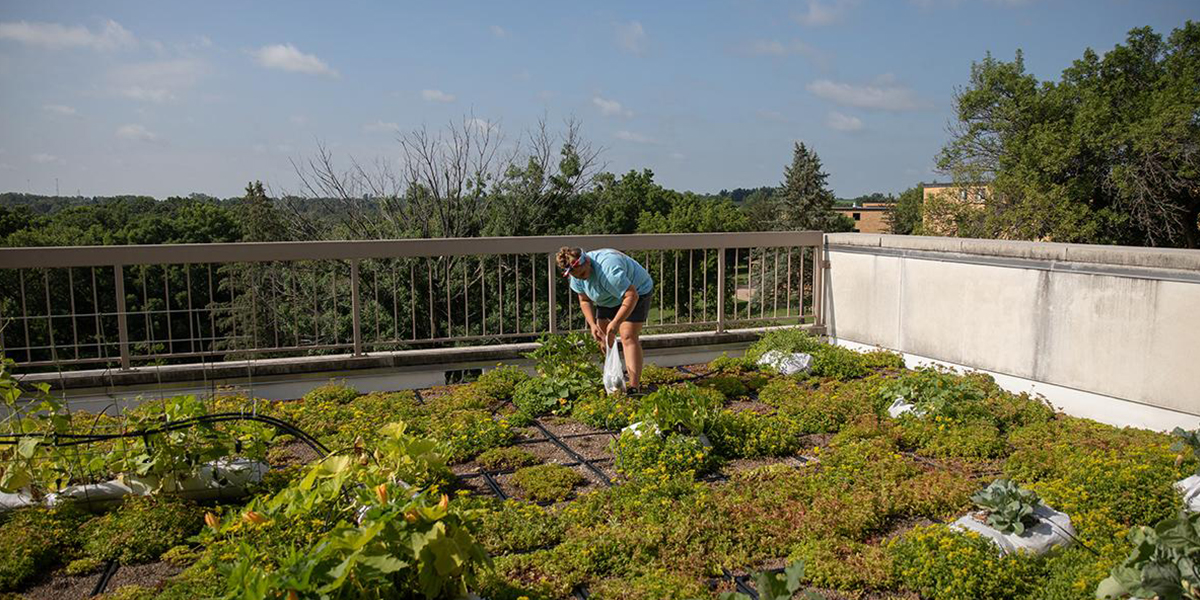 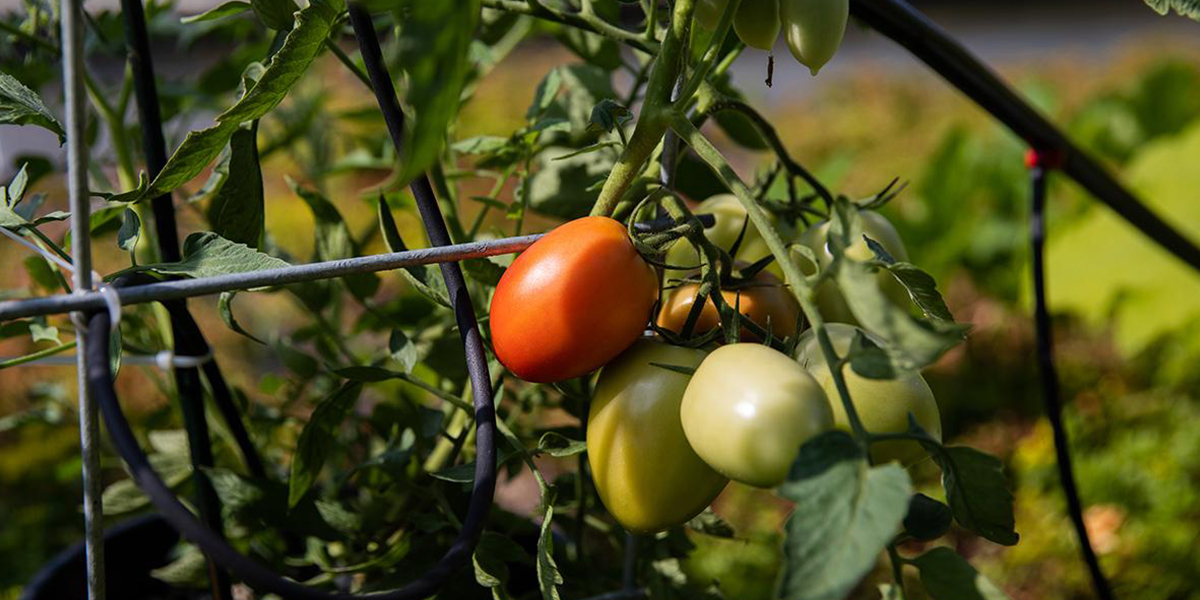 From working with greenhouses and small businesses to vendors at the farmer’s market, Kaley Mumma’s summer internship is providing a variety of experiences, all grounded in the same goal: to build stronger relationships among the community and local green businesses and food producers.

Mumma, a junior environmental horticulture and agriculture education major from Byron, Illinois, is the first student to participate in a new internship position, created by the University of Wisconsin-Platteville School of Agriculture in collaboration with the Platteville Farmer’s Market and other local businesses.

Mumma spends part of her time working on campus, either in the Pioneer Greenhouse or the Glenview Commons rooftop garden, where she is growing tomatoes, peppers and cucumbers. She also works in the Sugar & Spice Bulk Food store’s greenhouse, in Fennimore, Wisconsin, where she primarily helps cultivate mums to sell in the fall.

In addition, Mumma works with the Platteville Farmer’s Market, where her responsibilities include coordinating the market set-up and break-down, assisting vendors, and outreach and promotion of the market.

“Everybody at the farmer’s market is so nice and welcoming,” said Mumma. “It’s like a giant family and they’ve been very accepting of me into that family.”

Once her internship was underway, Mumma quickly found more responsibilities that expanded beyond her horticulture background and allowed her to draw from her experiences as an agriculture education major.

“We are trying to kick off a children’s booth at the farmer’s market, and I started listing off some ideas I had for it right away, and then I got put in charge of it,” said Mumma.

The first activity she created was a kids’ scavenger hunt, which took children to different vendors’ booths to find items. After completing the scavenger hunt list, the children received tomato plants to pot and take home. Mumma said she is planning more kids’ activities, including an upcoming coloring contest. Rewards for the activities are delivered in the form of “market bucks,” which kids can spend on produce at the market.

Through all of the activities, Mumma said she hopes to educate the children on where food comes from, especially by encouraging them to interact with the vendors.

“One of the things on the list to find in the scavenger hunt is a weird looking vegetable,” explained Mumma. “So, the kids had to actually talk to the vendors and ask questions. It’s exciting to see them interact with people who are growing the food, especially those they may not usually, like our Amish vendors.”

Now, just a little past the halfway point of this inaugural internship, Mumma and Jenna Phillips, Platteville Farmer’s Market manager, agree it has been a success.

“Kaley has been a real asset to the Platteville Farmer’s Market,” said Phillips. “She has gone above and beyond what was asked of her when she signed on to the internship. We are absolutely thrilled to have her as part of our staff as we work to give our market new life and community involvement. Her knowledge and drive have been an inspiration.”

Though she had little experience even attending farmer’s markets prior to her internship, Mumma said that this experience has made such an impact that she hopes to continue helping out with the farmer’s market after the summer ends.

“Now I found out that I can’t live without going to the farmer’s market every Saturday,” she said. “I see farmer’s markets as a path to the future. It’s really great to be able to engage with the people who are growing your food.”