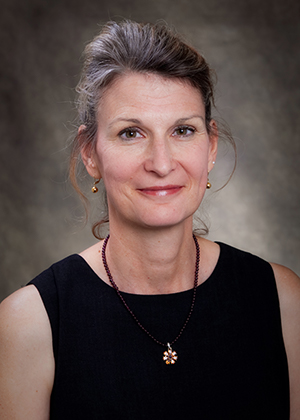 Born and raised in Mississippi, Mittie Nimocks Den Herder received her Bachelor of Science in Speech Communication from the University of Southern Mississippi, A.M. from the University of Illinois, and Ph.D. from the University of Florida. She served on the UW-Platteville faculty from 1986–2017. Her research included studies in family communication, health communication, and communication and aging. She was appointed assistant dean of the College of Liberal Arts and Education in 1999, dean of the college in 2002, and university provost and vice chancellor for Academic Affairs in 2010. Under her leadership, the college instituted the Faculty Forum series and inaugurated college awards including those for service, research, and outstanding performance by academic and classified staff. A proponent of rigorous public education with liberal arts and sciences at its core, Den Herder served in numerous faculty governance positions, performed in university theatre productions, participated in Geography Western Field Trips, and enjoyed feeding campus birds and squirrels outside her office.

College of Liberal Arts and Education

Every semester we recognize students with a grade point average of 3.75 or higher & 12 completed credits.