Porter Hall, named after Foster B. Porter and built in 1966, is home to approximately 180 men and 66 women and is a popular choice to both freshmen and upperclassmen students. Porter Hall is divided into eight wings, which consist of 6 male wings and 2 female wings.

Each year, Porter Hall sponsors an annual social event called “A Night in Vegas, which is open to the entire campus community to attend. Participants donate money in return for “Vegas money” which they can use for games like blackjack, roulette, and Texas Hold’em. At the end of the evening, participants have the opportunity to participate in an auction where they can use their “Vegas money” to bid on prizes. The money that’s donated is given to a local charity that is selected by the hall. Porter Hall also works closely with Melcher, Morrow, and Dobson Hall for the annual Block Party which takes place during Welcome Weekend. These halls collaborate with other campus organizations to put on a bash that welcomes residence hall students to UW-Platteville as well as gives the opportunity to meet new people.

The hall offers the traditional amenities with some fun updates. Enjoy a lighter, brighter living space and plenty of open community spaces for playing games, watching movies, studying, or just hanging out. The lobby, front desk, basement, kitchen, lounges, hallways, open area furniture, and student rooms all received updates to give the hall a more modern look. In addition to an open game area/TV lounge, several basement study rooms were created to give residents a place where they can study and focus. Our renovated multipurpose and conference rooms are available to use for programs and group meetings. An expanded computer lounge allows students to use the hall computers or bring their own laptops down to do work in a quiet environment. Renewed options offer new lighting, carpet, and closet components in resident rooms and the common spaces have updated lighting and furnishings in modern style. Porter Hall and Melcher Hall offer the renewed traditional amenities. 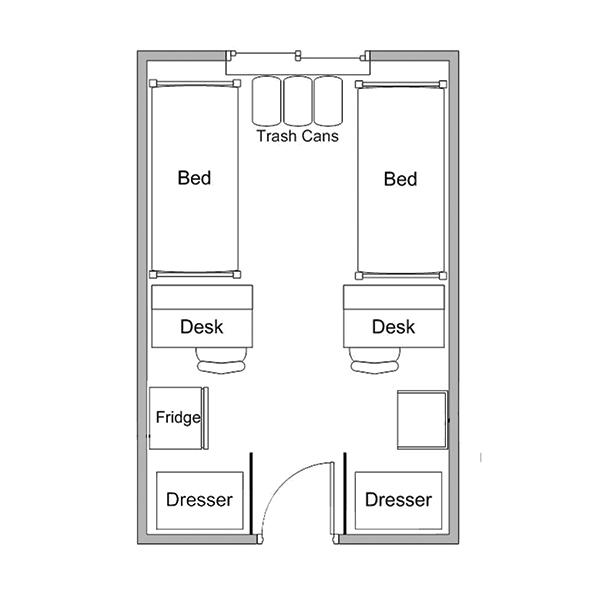