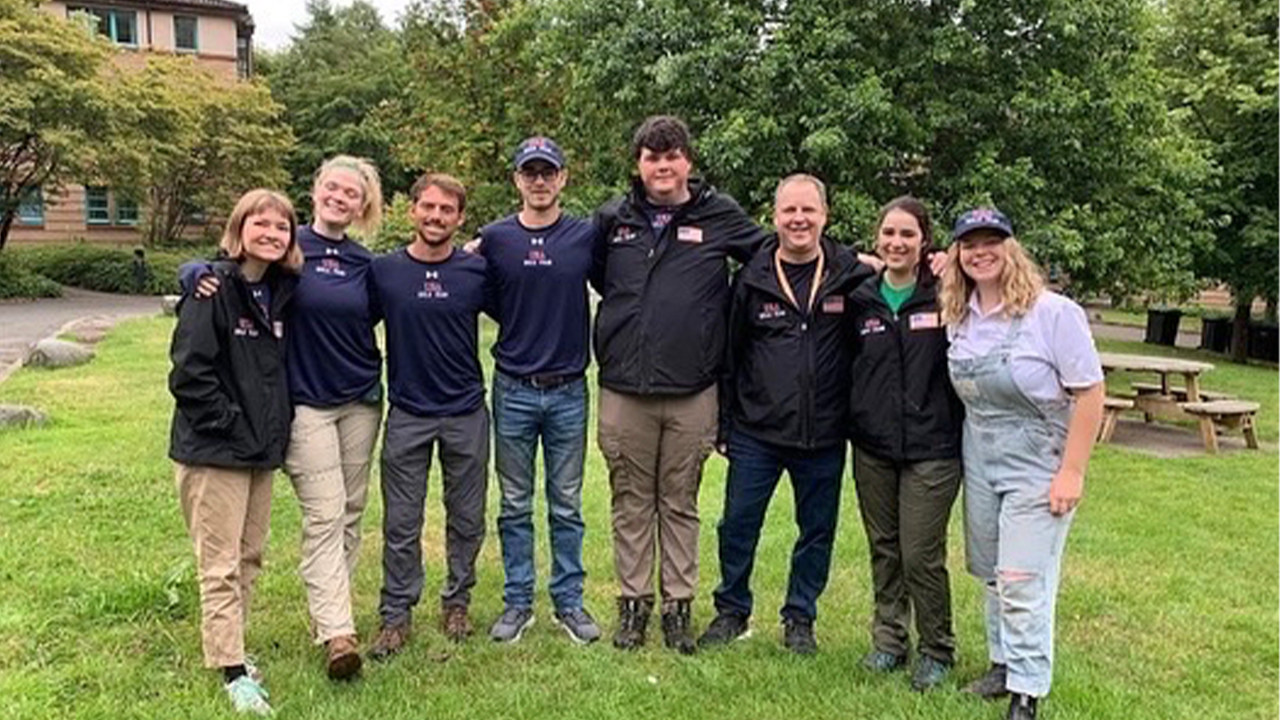 “The contest was an amazing experience for me,” said Nollen, a soil and crop science major from Pontiac, Illinois. “It feels great to be a part of the first-place team in the world.”

Nollen became involved in the soil judging team on a college visit before even starting at UW-Platteville, because he thought it would be a good way to get a fun, educational college experience and make new friends at school. He qualified for the international team by placing third in the individual contest at the national soils contest last spring.

“The experience was very educational, and I got to make new friends from all across the country and from other countries as well,” said Nollen. “Our team worked really hard to [prepare for] the contest, so it was really good to see our hard work pay off. Everyone on the team was great to work with and worked well together.”

The event consisted of three days of classroom and field-based training before the two-day competition began.

Nollen’s teammates were Kennadi Griffis of the University of Nebraska-Lincoln and Ben Atkins and Clare Tallamy of Virginia Tech. The team’s coaches were John Galbraith, Jaclyn Fiola and Brian Needleman.

“The entire trip was a wonderful experience,” said Nollen. “I ended up really enjoying my time in Scotland, especially exploring the soils of Scotland. I am honored to have received this opportunity.”

According to its website, the Soil Science Society of America (SSSA) is an international scientific society that fosters the transfer of knowledge and practices to sustain global soils. Based in Madison, Wisconsin, SSSA is the professional home for more than 6,000 members dedicated to advancing the field of soil science.