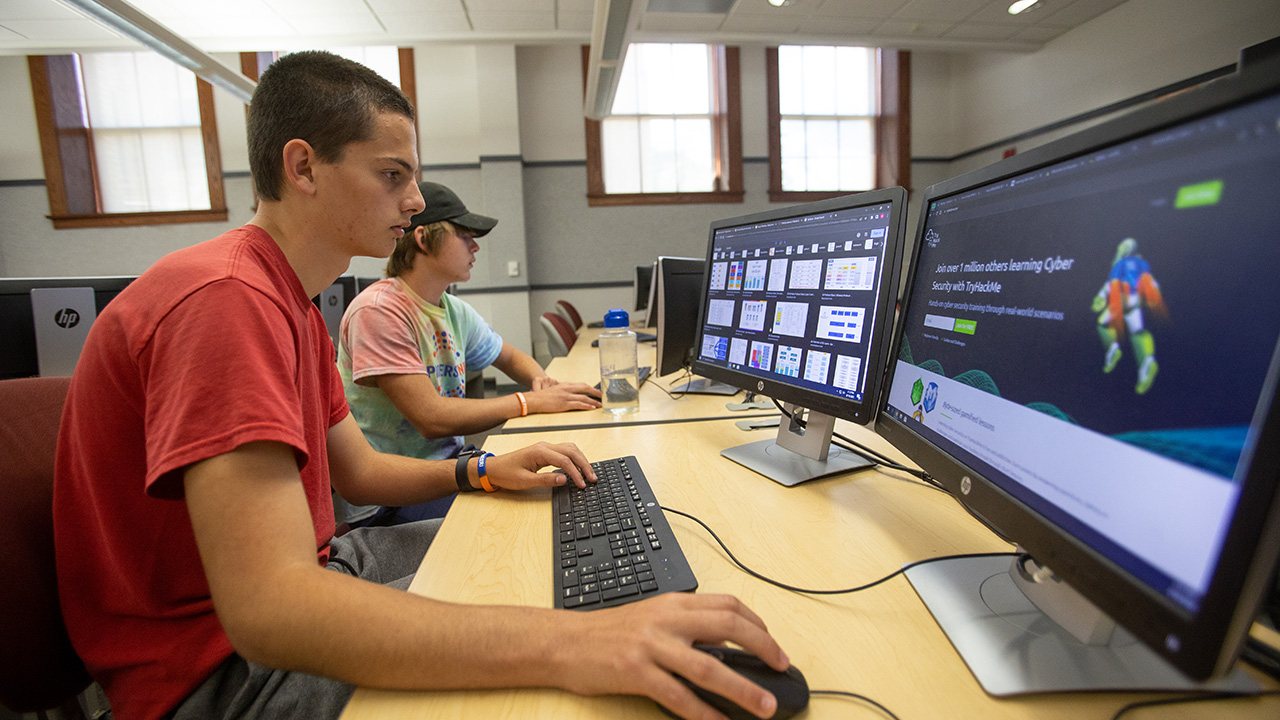 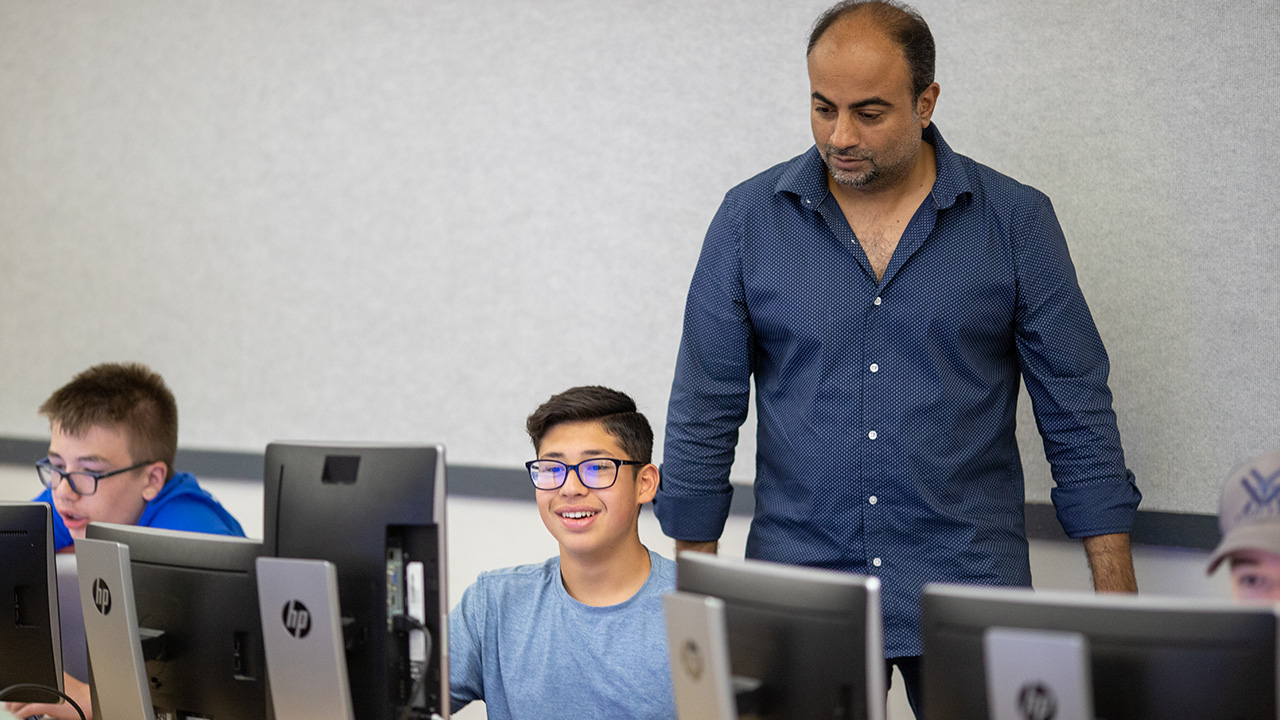 The University of Wisconsin-Platteville recently wrapped up its inaugural summer coding camps and hackathon, introducing nearly 60 high school students to the rapidly expanding computer science and cybersecurity fields. The camps – focusing on computer games programming, esports, and cyber defense – were the first of their kind to be offered in the region.

“We heard from so many parents a sense of happiness at seeing these camps offered and gratitude that they were offered in this area. They expressed that they had been looking for something like this for a long time,” said Dr. Afzal Upal, professor and chair of the UW-Platteville Computer Science and Software Engineering Department. “The students were excited and genuinely interested and engaged.”

The first camp introduced students to programming in Python by designing computer games. The second camp taught students how to design their own esports games, and the final camp taught students basics of cybersecurity and how to defend themselves in the cyberspace. The camps culminated with a hackathon event, during which students competed for scholarships of up to $5,000.

“During the hackathon, the students were made aware of various types of challenges in cyberspace,” said Upal. “For example, if you don’t use a strong password, how easy it is to break using automatic password breaking tools. The students were asked to crack a password or crack various encryption schemes. There was a series of challenges and whoever solved them first won.”

Upal said he created the camps, in part, because research increasingly shows students select their career path as early, or even earlier, than high school.

“There has been enough research that we now know that kids make decisions about their careers earlier than we think,” said Upal. “It’s not just when they are filling out their college applications. The earlier we can reach them, the better.”

This, combined with the growing demand for these careers in industry, makes it even more crucial to establish that pipeline of students coming into the programs.

“The demand in industry is huge,” said Upal.

According to Upal, the cybersecurity industry has experienced a zero percent unemployment rate since 2010, the Bureau of Labor Statistics estimates the cyber security sector is slated to grow by 31% from 2019-2029 and the private sector currently has up to 3 million unfilled cybersecurity positions globally.

“Those are stark statistics,” he said, adding that the increasing popularity of companies moving towards smart manufacturing is in part driving this need. “Our cybersecurity program came about because our industrial advisory board repeatedly asked us and told us about the high demand in industry for cybersecurity talent.”

The success of the summer coding camps was largely due to the hands-on opportunities they offered.

“The students are actually learning the techniques, not just the math that underlies the encryption schemes, for example, but we are actually showing them how to do it. That’s what we find they really get excited about.”

“What distinguishes our program is the overall emphasis on teaching job-ready skills through hands-on experiences,” said Upal. “We’re really excited about being in our new building, where we’ll be able to hold all of our classes in computer labs, and students will always have the opportunity to try out things as the professor is teaching them.”

Upal said that plans are in the works to offer and possibly expand the coding camps next summer.