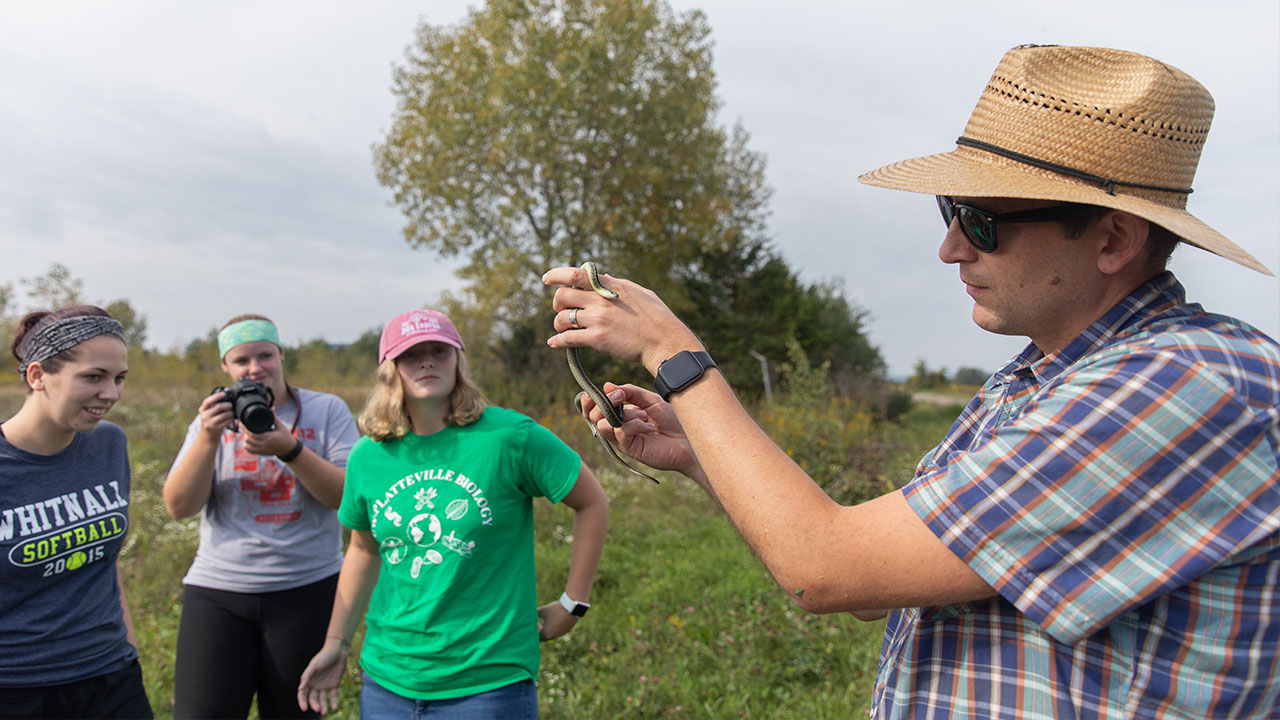 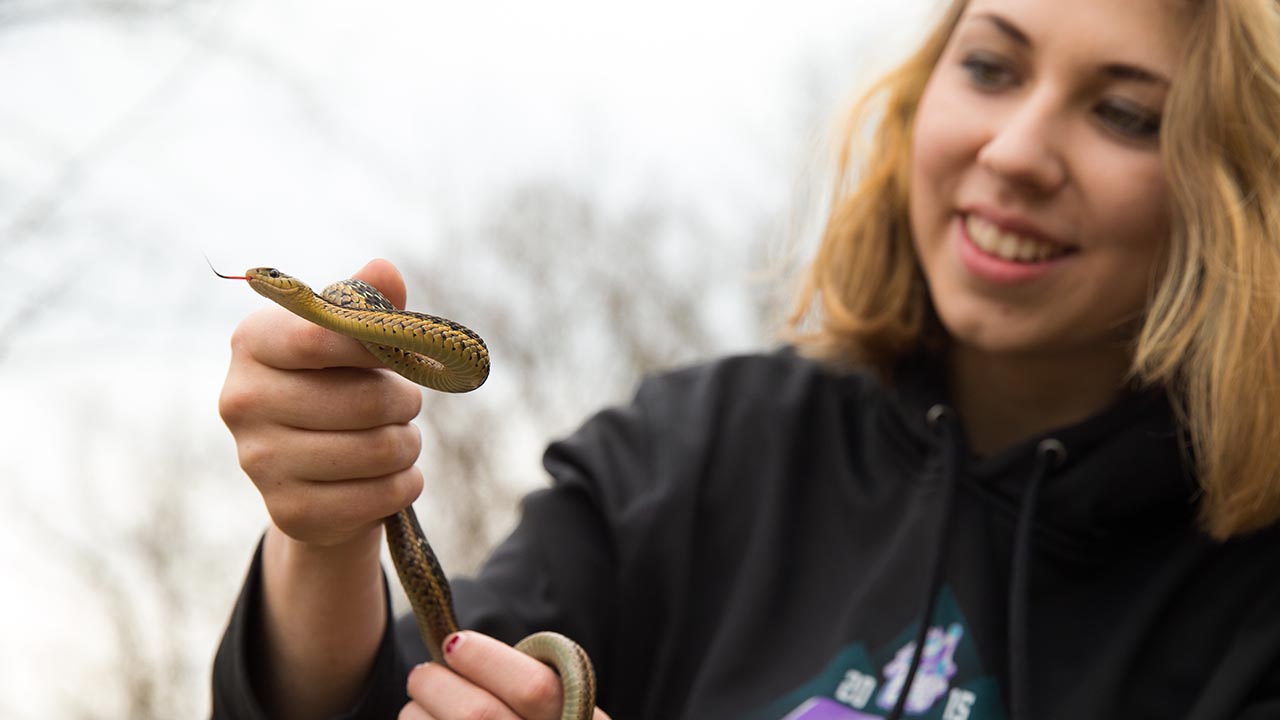 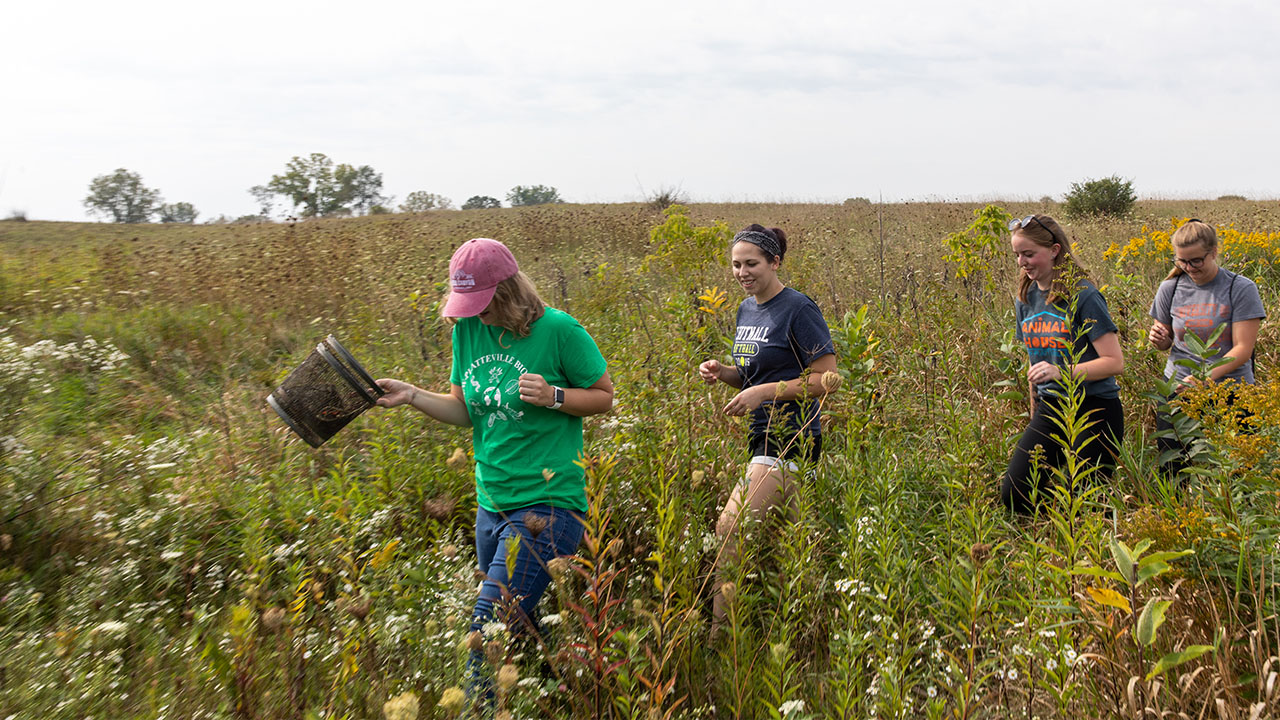 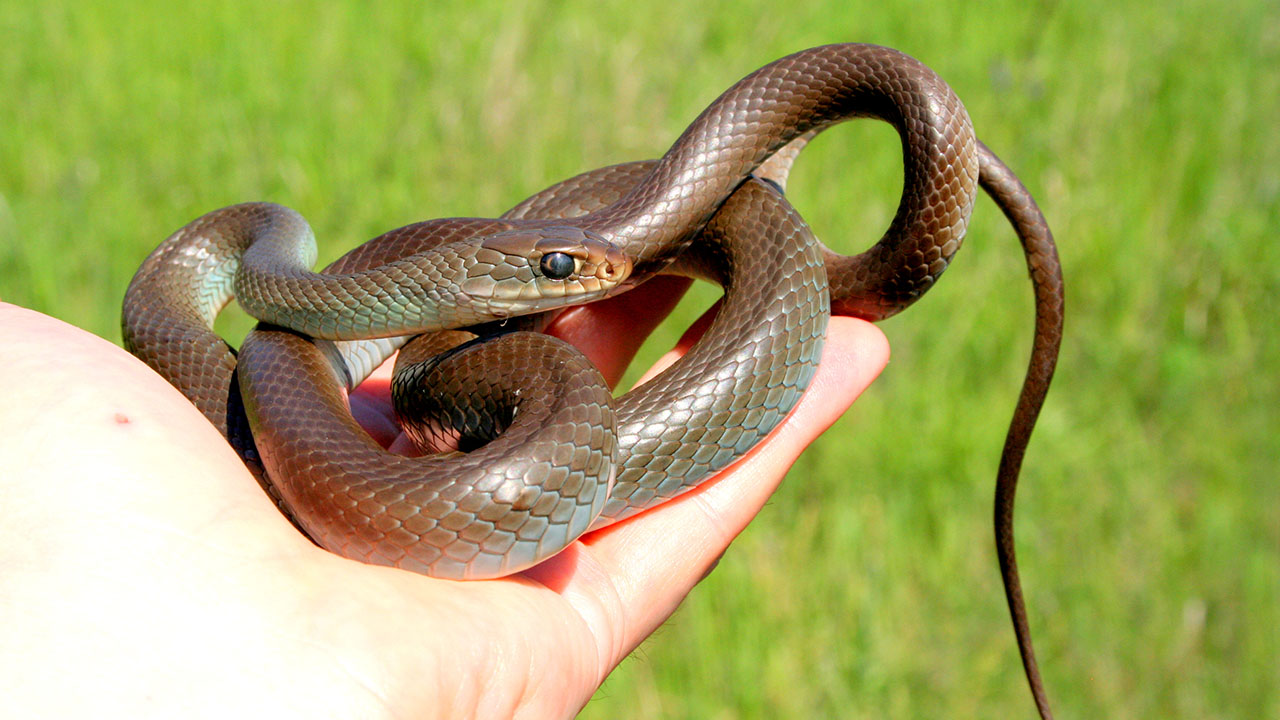 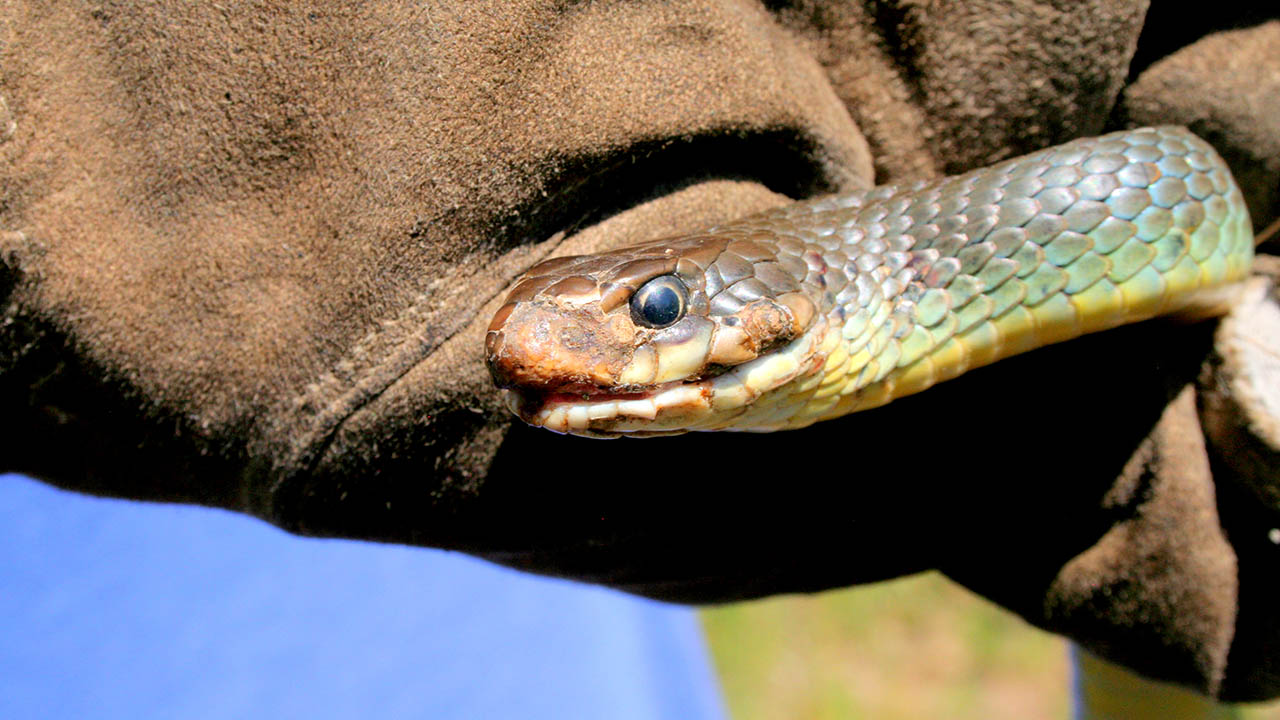 A snake exhibits symptoms of the fungal disease
❮ ❯

For the past several years, University of Wisconsin-Platteville students, led by Dr. John Peterson, associate professor of biology, have been researching an emerging snake fungal disease that threatens to disrupt the balance of ecosystems across the country, including in Wisconsin. Next month, senior biology majors Sarah Bauer and Allison Sheldon will have an opportunity to present their newest research, which explores the relationship of thermal ecology and infected snakes, at the annual Research in the Rotunda event in Madison, Wisconsin.

“The disease is characterized by crusty scales, opaque eyes, abnormal shedding and early emergence from burrows,” explained Bauer, who is from Greenfield, Wisconsin. “The way I see it is that it kind of eats them from the inside out.”

Not much is known about the disease yet, as it is a relatively recent discovery. The first cases were documented in northeastern United States in 2006, but according to the Wisconsin Department of Natural Resources, the disease has now been found in 11 of Wisconsin’s 21 snake species.

“Some studies say it is extremely deadly, while others don’t,” said Bauer. “There is just not a lot known on it, which is why this research is really important.”

One thing that is known is the devastating impact on the ecosystem a decline in the snake population could have.

“We don’t want to lose the snake population because they eat rodents, and that would cause the rodent population to explode if they don’t have a predator anymore, which could bring back diseases,” explained Sheldon, who is from Beaver Dam, Wisconsin. “Also, other animals use snakes as a source of food.”

“It would kind of mess up the whole food chain,” added Bauer.

The purpose of the students’ research is twofold. Sheldon is focusing on determining environmental preferences of the snakes. By setting out cover boards made of plywood, corrugated steel and corrugated asphalt — each of which have different thermal properties — she is tracking which one the snakes more frequently seek shelter under. Bauer is exploring whether or not there is a correlation between the shelter the snakes select and the presence of the fungal disease.

“If the snakes have the disease, we are trying to see why they are picking a particular board,” explained Bauer. “Maybe they are going to a warmer board to try to get rid of the disease.”

The challenge of their research is that they are limited to a particular habitat, and little research exists to compare it to. However, the students hope their findings can someday contribute to a bigger pool of research to tackle this problem.

“My big hope is that this becomes a more well-known disease, and that there is more monitoring going on,” said Bauer. “At this point, we’re just picking one habitat. We’re just guessing that maybe moisture is impacting it, or maybe the elevation. But, because there is not a lot of research going on, we don’t have much to compare it to. Once more research happens, we can hopefully find a correlation.”

The upcoming Research in the Rotunda event is one avenue the students hope will help bring more attention to this issue. The annual event brings more than 100 students from across the UW System to share their undergraduate research with legislators, state leaders, alumni and the public.

“I’m looking forward to the event and I think it will bring public awareness to what we are doing,” said Sheldon.

Bauer agreed. “I used to be afraid of snakes,” she said. “I think one of the big things is that people lack knowledge and that causes fear. I think it is really important for us to get our information out to as many places as we can and to a bigger platform. If more people find out about this, more can be done.”

The 17th annual Research in the Rotunda event will be held on Wednesday, March 11. For more information about the event, visit www.wisconsin.edu/research-in-the-rotunda/.