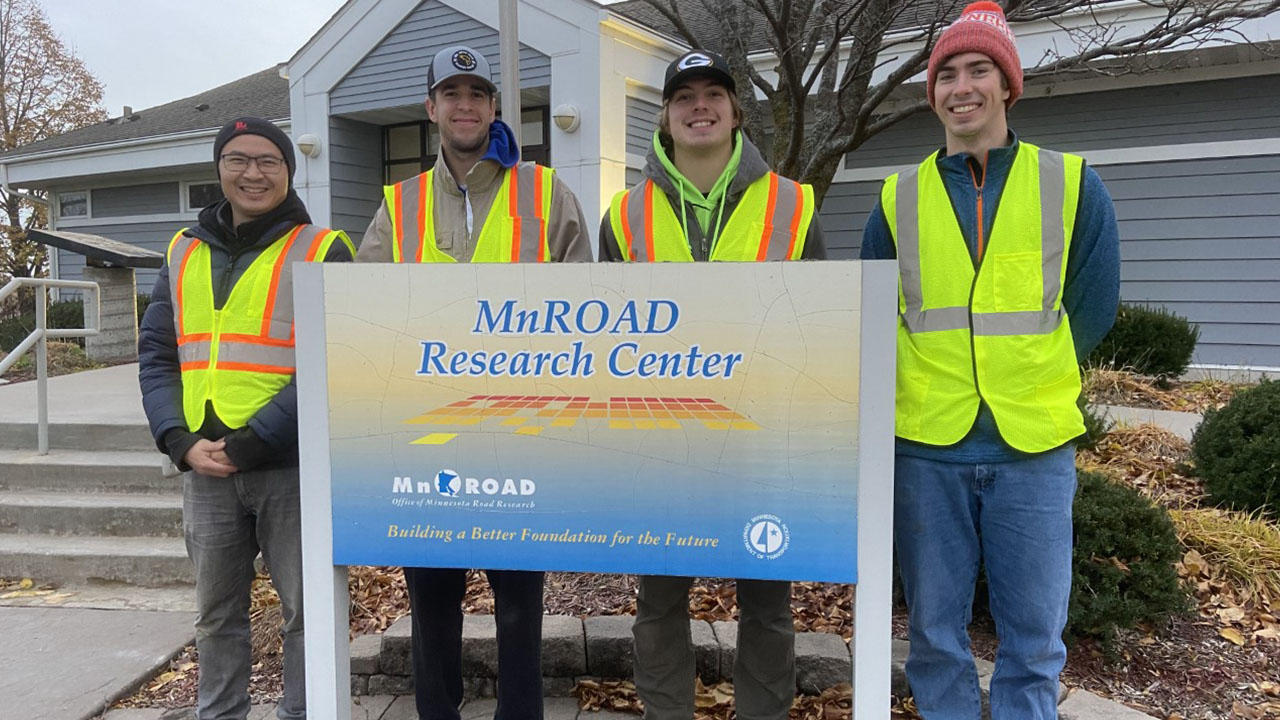 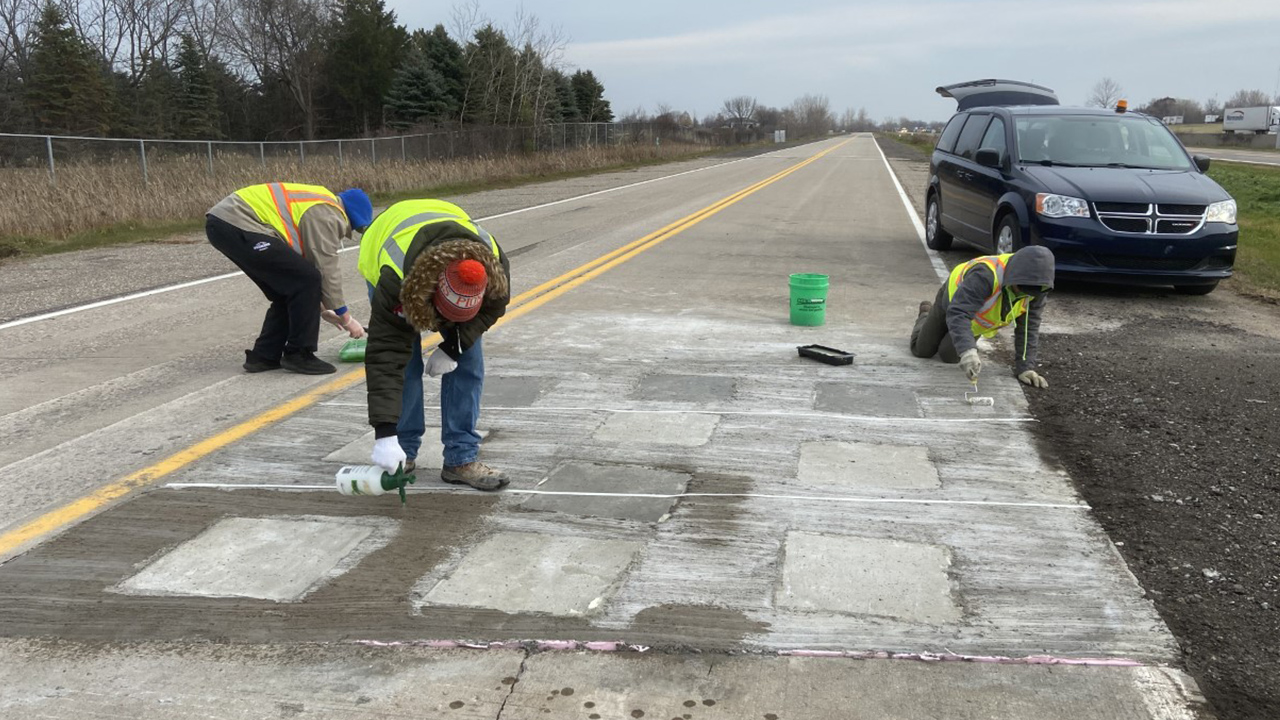 The research project, led by Dr. Danny Xiao, associate professor of civil engineering, gave Dylan Notsch, Will Straka and Nic Oesau the opportunity to investigate the impact of anti-icing on concrete durability and how to protect concrete infrastructure from the impact.

“MnROAD is a prodigious facility with worldwide impact,” said Straka, a freshman from Mineral Point, Wisconsin.

“Visiting MnROAD was a great experience to learn about concrete and pavement outside and get hands-on, real-world experience,” added Notsch, a junior from Sartell, Minnesota.

Sponsored by the Wisconsin Department of Transportation, the research project included both laboratory testing and field testing at MnROAD.

“Visiting the MnROAD facility provided great exposure to the various pavement testing methods used in the industry,” said Oesau, a senior from Crystal Lake, Illinois. “The world-wide use of the facility speaks to its superb utility and features.”

Concrete panels with different mix designs and different surface treatments were installed on a test track. Anti-icing will be applied weekly, during the winter season. An 80,000-pound semi-truck runs on the test track, and the research team then monitors the performance of the concrete panels for nearly two years. Samples will be collected for detailed laboratory testing at the end of the project, in April 2023.

MnROAD is a pavement test track made up of over 50 unique test sections on seven miles of I-94 mainline and two-and-a-half miles of a low volume road. First constructed in 1990, MnROAD collects detailed pavement performance data, along with thousands of pavement sensors located in each test section. It finds ways to make roads last longer, perform better, cost less to build and maintain, get built faster and have a minimal impact on the environment.