Student advances board eraser prototype with the help of WiSys 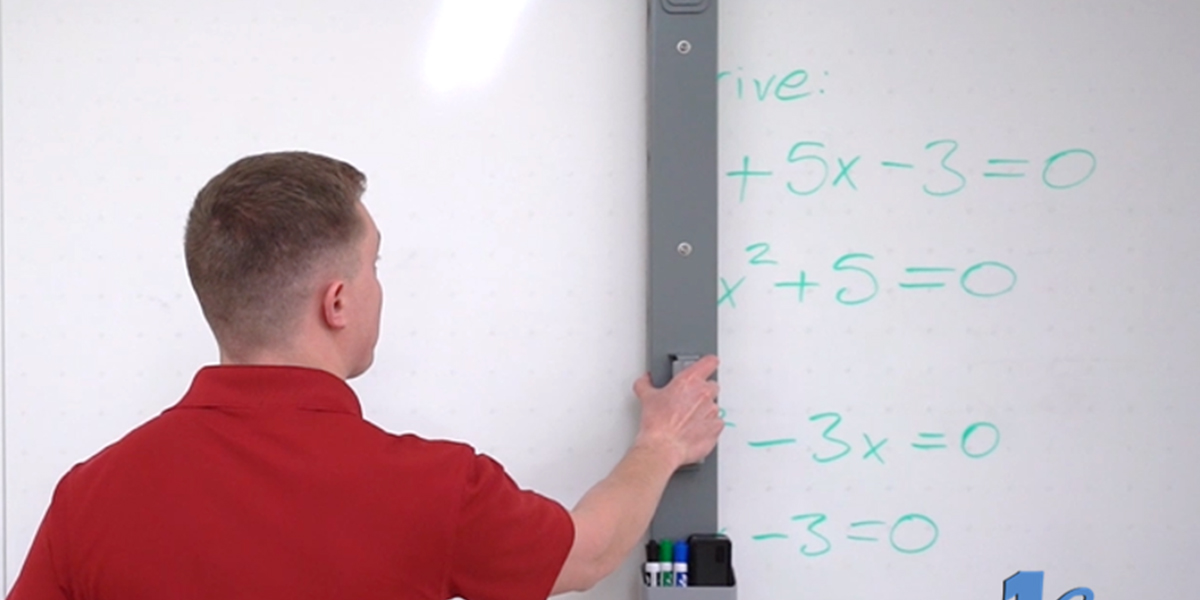 Caleb Dykema, a senior mechanical engineering major at the University of Wisconsin-Platteville, is currently working on advancing his second prototype of 1Swipe. 1Swipe is a new product that assists professors when they are using whiteboards or blackboards, helping to cut down the time they spend erasing.

“The idea for 1Swipe came to me in class during fall 2017. I was watching my professor erase [the board], and I could just remember him twirling his hand in small swipes. It would take forever,” Dykema, a native of Allenton, Wisconsin, said. “I remember watching everyone lose focus, falling asleep, getting bored, or going on their phones. I started thinking there has to be a better way to erase whiteboards, but after doing some research, I realized that there really is nothing else but those small handheld erasers or rags.”

The first prototype of 1Swipe was created a little over a year ago, and it is a mini form of the current prototype. Dykema made the initial prototype nearly all by himself. He began with some market research to see what products were already being made and then worked with a company in Dubuque to get the parts needed to create 1Swipe.

Dykema progressed his prototype even more in July 2018 when he partnered with WiSys, a nonprofit supporting organization of the UW System, to patent 1Swipe. Most recently, he received a Prototype Development Fund (PDF) grant from the UW System that will allow him to develop multiple second-version prototypes that will be placed into UW-Platteville classrooms.

“The PDF grant has helped me create the full-scale second prototype. You don’t know exactly what you need, so a lot of times you are buying different things and testing them out. That can get a little costly, and WiSys has helped a lot when it comes to facilitating funding for the project,” Dykema said.

The second, full-scale prototype is made for a 24-foot long board and is currently being used in Engineering Hall Room 242.

“We still have a good amount of work to go before we have a commercially ready product, but right now, it is working,” Dykema said. “It is a matter of finding a product that is going to work best for installing on different types of whiteboards and meeting customer needs.”

Dykema has begun discussing two long-term ideas for 1Swipe’s future. He is considering creating a start-up company himself with the product or licensing the product rights to a whiteboard company or manufacturing company that would develop it further.

With the help of Harr Bailey, Dykema said it is possible that 1Swipe will be implemented into classrooms in the new Sesquicentennial Hall.