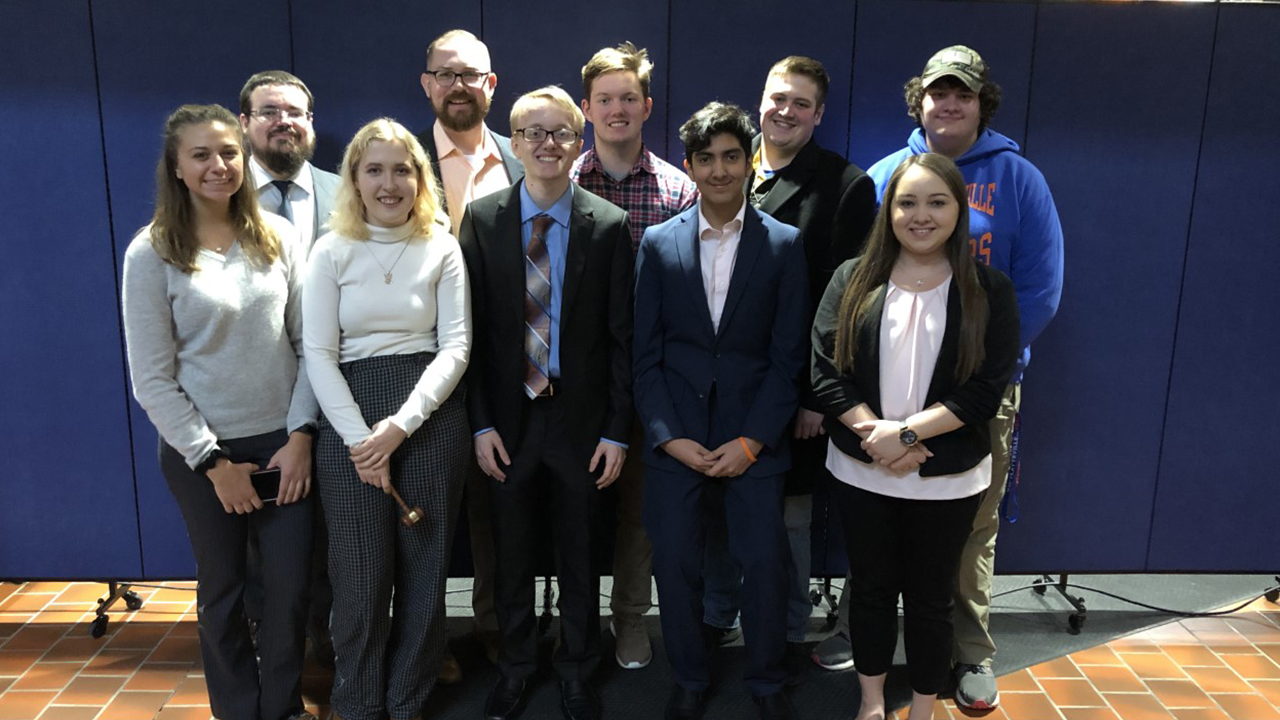 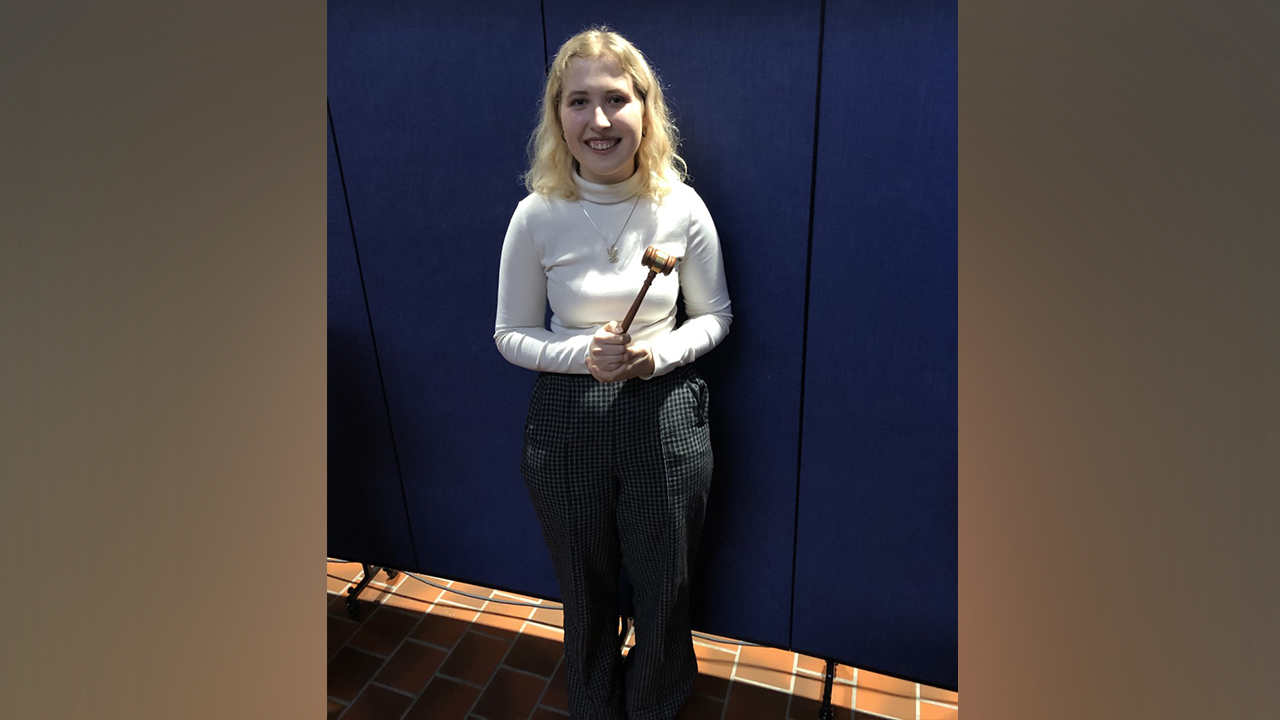 Amber Kelly won an award as one of the top five witnesses out of approximately 132 possible witnesses in the competition.
❮ ❯ 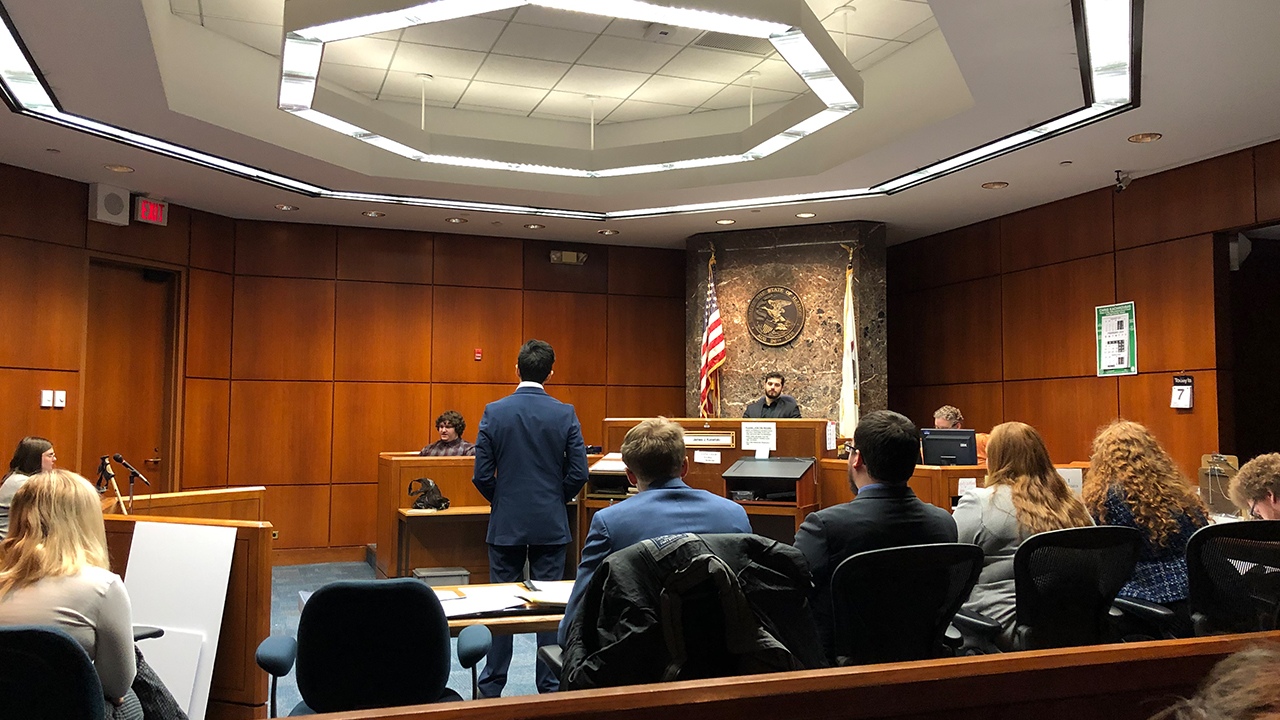 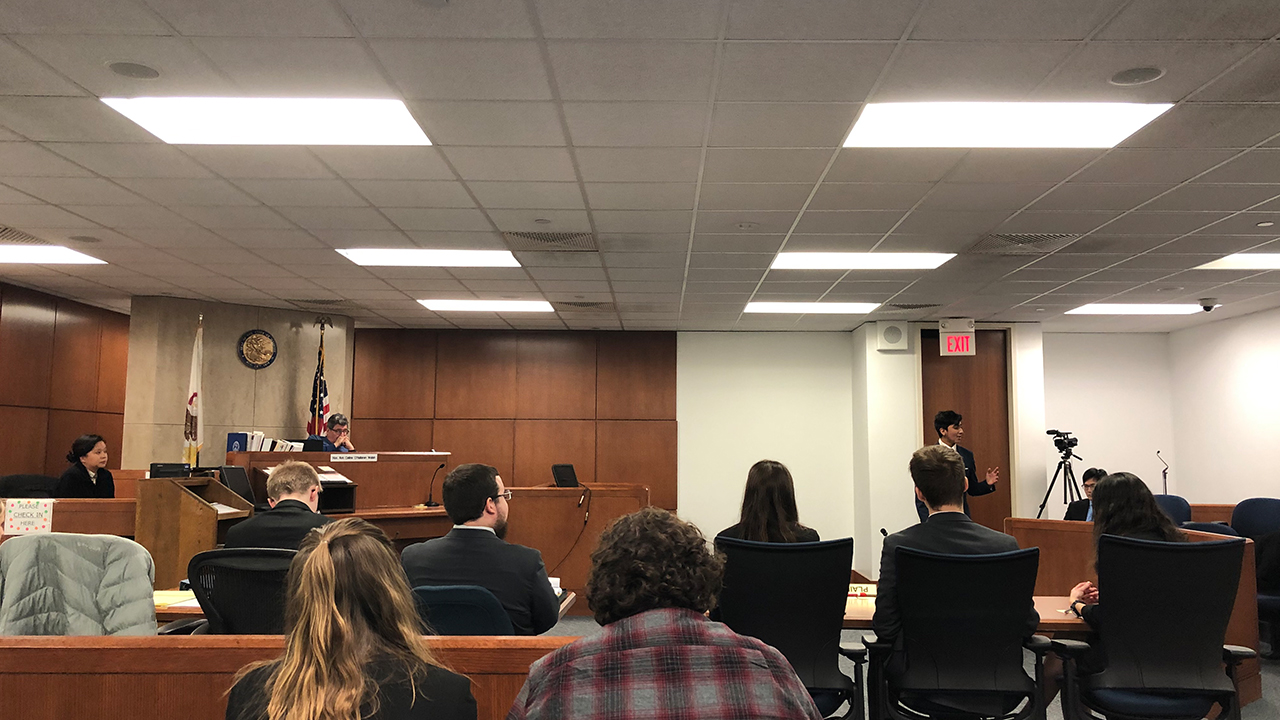 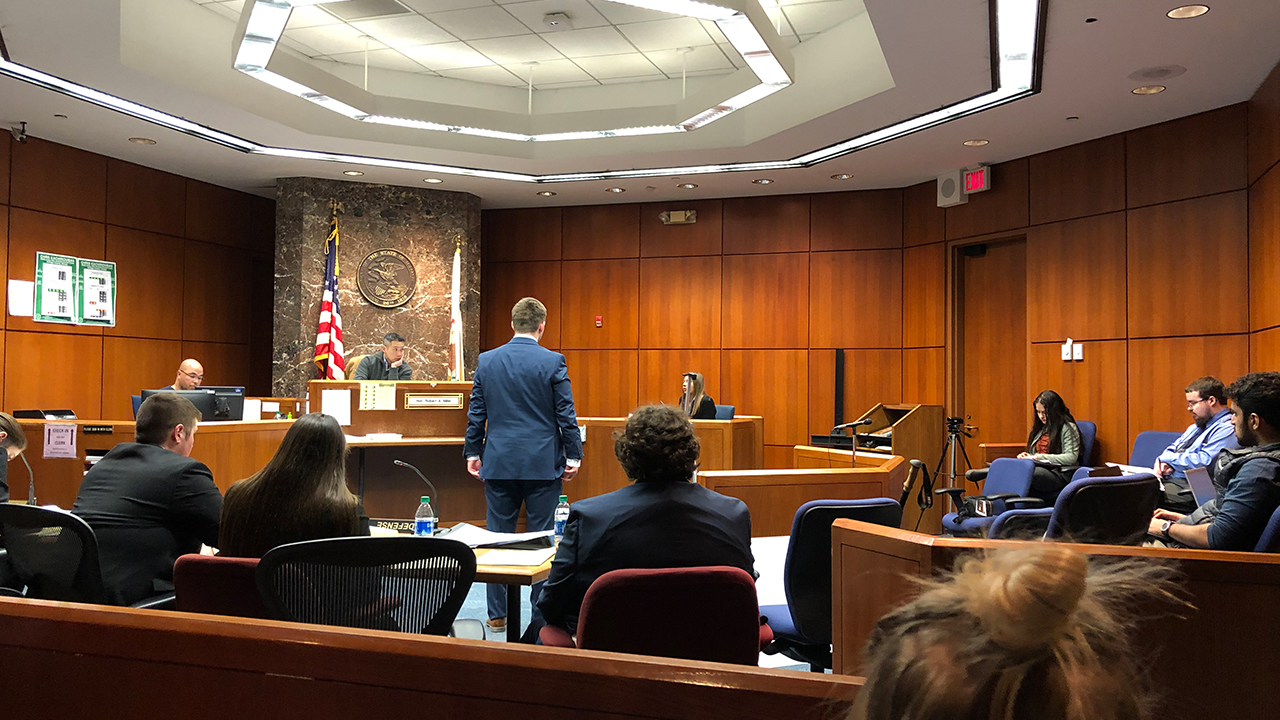 Amber Kelly, a senior forensic investigation major at UW-Platteville from Baileys Harbor, Wisconsin and co-captain of the Pioneer Mock Trial Team, won an award as one of the top five witnesses out of approximately 132 possible witnesses in the competition.

In addition, the team placed third out of 22 teams for an AMTA Team Spirit Award, which recognizes teams that best exemplify the organization’s ideals: civility, justice and fair play. The team went 4-4 in the tournament and missed advancing to the next level by just one winning ballot.

Twenty-two teams from private and public universities from throughout the Midwest competed in the three-day tournament of trial simulations. The competition provided students with hands-on experience in all aspects of a real-life criminal trial.

Students conducted the same tasks that trial attorneys conduct, including preparing a case theory and theme, conducting direct and cross examination of all witnesses, evidentiary objections and more. Throughout the experience, students used skills in critical thinking, analytical reasoning, public speaking and teamwork.

“What impressed me the most about the students was their work ethic,” said Kyle Reiman, J.D., lecturer of criminal justice at UW-Platteville and a criminal defense attorney. “I pushed them hard, and they responded. They put in hundreds of hours of preparation, and it showed. They did not look out of place, even against the top teams. For our first year, it was highly successful.”

Kelly said what she enjoyed most about the tournament was the unexpectedness of it all. “I practiced before the tournament, but you can never be completely certain of how things will play out,” she said. “It really allowed me to improvise in my character and pretend I was actually the character.”

When Kelly found out she had won the award, she felt excited and happy. “There were a lot of great witnesses, and it was amazing to be one of the best,” she said. “I would like to attend law school eventually, and this is something I would like to continue doing, even during law school. Overall, this experience is great for any future career, as it helps with preparation skills and communications skills.”

Benjamin Freda, a senior forensic investigation major at UW-Platteville from St. Charles, Illinois, enjoyed the freedom the team had to prepare its own trial. “Most clubs and sports are completely dictated by their coaches, but Kyle made sure we went into the courtroom with our own work product, with little adjustments he made at our practices,” he said.

“It’s been inspiring to see our students put in the work on Mock Trial and have that work pay off,” said Dr. Travis Nelson, chair of the Department of Social Sciences at UW-Platteville. “This sort of activity gives students skills and confidence that will rebound across their lives and careers. It’s particularly impressive that the team has done this well in its very first year.”