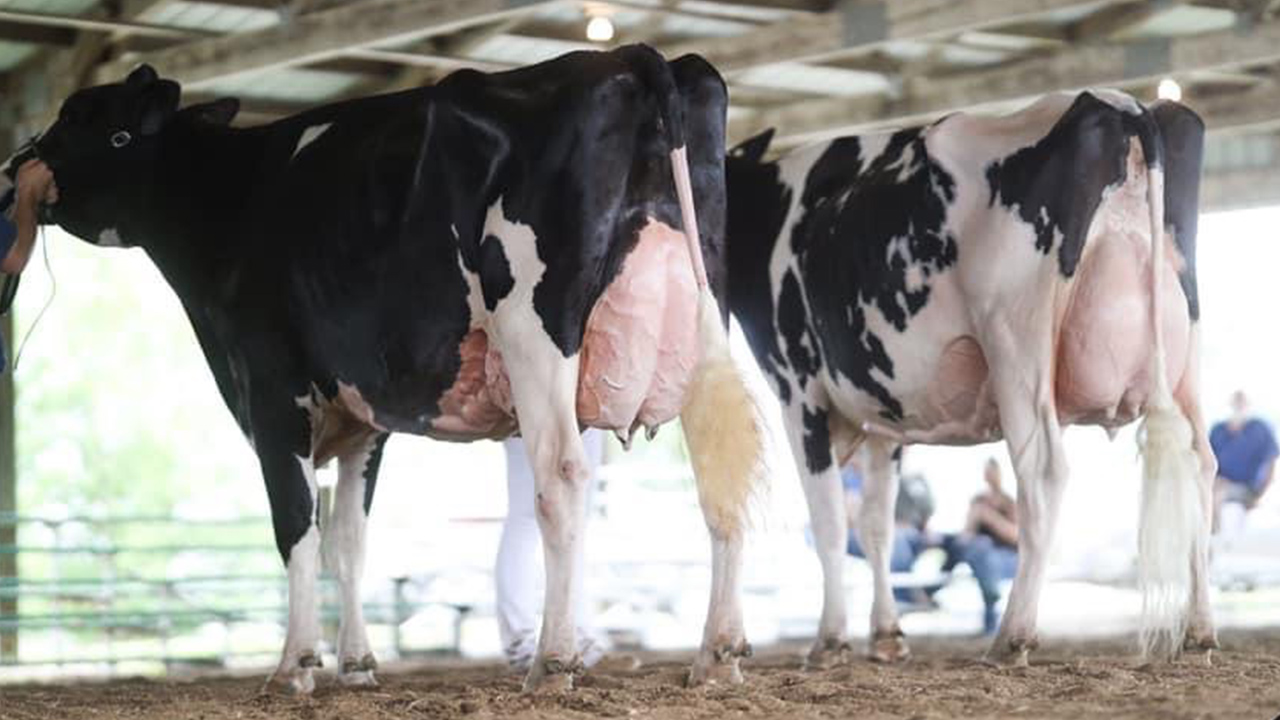 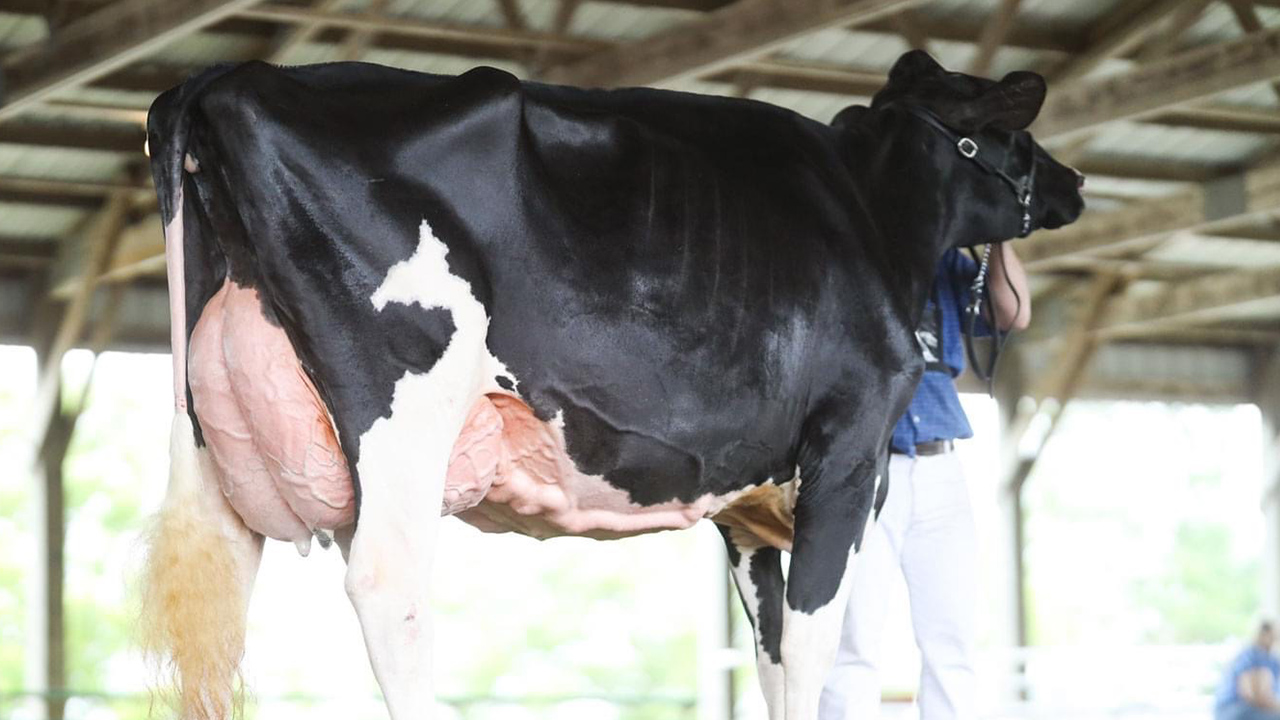 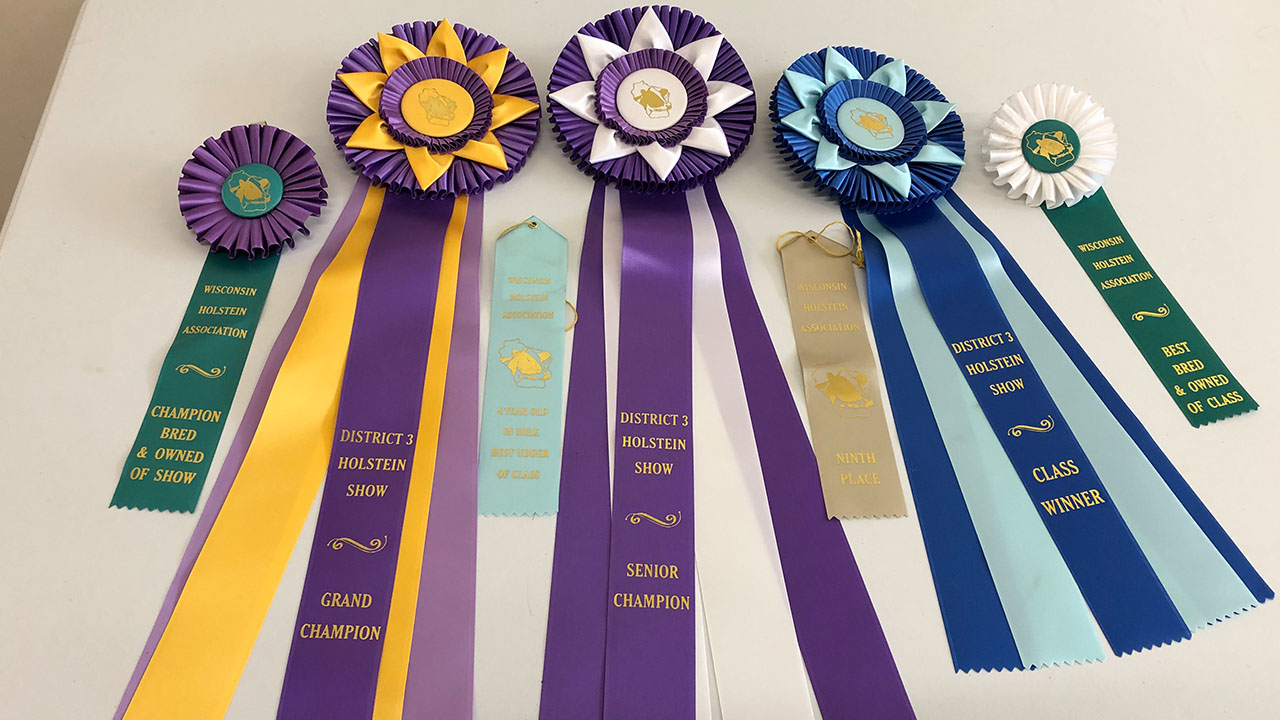 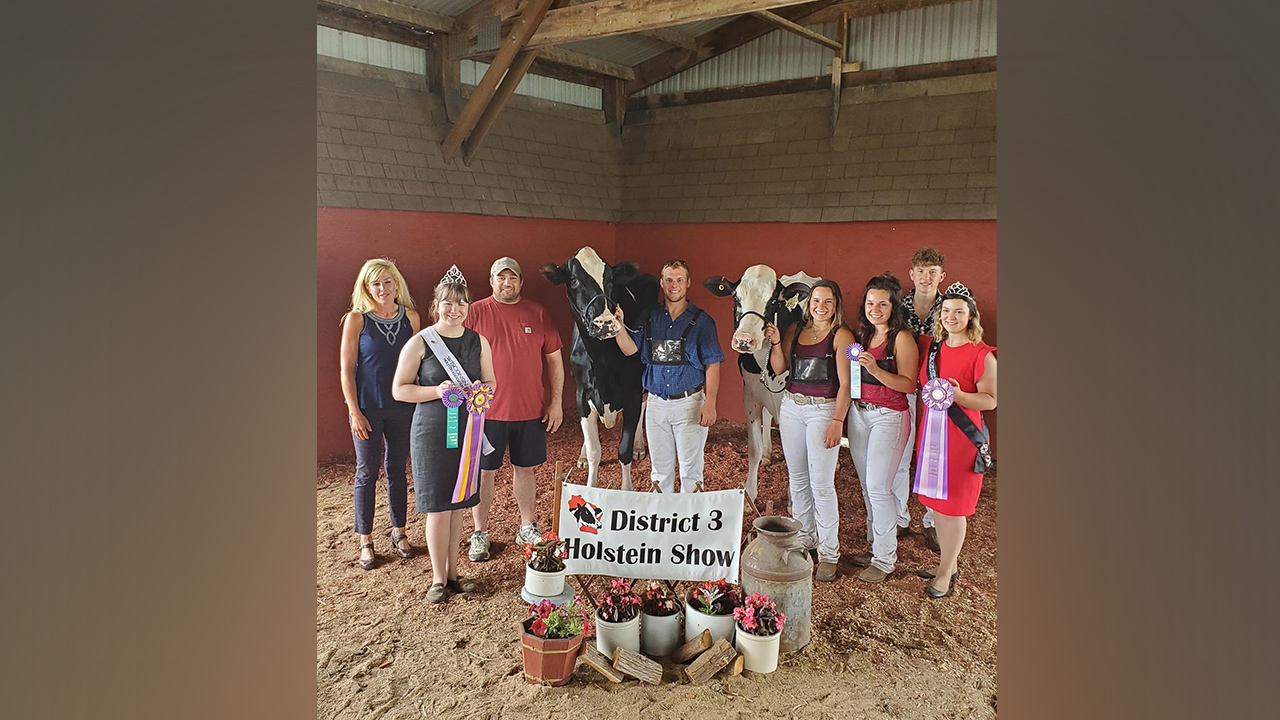 The University of Wisconsin-Platteville Pioneer Farm took home the top honor of grand champion for its four-year-old cow Wiscit Defiant Maya at the Wisconsin District 3 Show in Lancaster, Wisconsin, on June 19. Registered dairy producers from Grant, Lafayette, Iowa, Richland and Crawford counties participated in the competition, which featured 187 cows.

“It was really exciting. It gives a lot of credit to us here at Pioneer Farm to be able to raise her from a calf all the way up to a milking cow,” said Cory Weigel, Pioneer Farm dairy enterprise and crop production manager. “She had been to the show three times. As a two-year-old she placed fourth. As a three-year-old she placed second and was reserved intermediate champion. This year she won her class as a four-year-old. She won senior champion and then grand champion of the entire show.”

To be awarded grand champion, judges are looking at different criteria including the cow’s appearance, size, feet, legs, mobility, dairyness and udders. Weigel, who teaches Dairy Cattle Evaluation and coaches the Dairy Judging Team, believed Wiscit Defiant Maya would be a strong contender, but knew she would be up against stiff competition.

“It’s challenging. There are a lot of cows out there, a lot of good cows,” he said. “I knew she was good. I thought she was good enough to win her class, but to be grand champion you have to be pretty good.”

Wiscit Defiant Maya, who has a classification score of an excellent 91, is set to represent Pioneer Farm in another show later this summer. “I’m going to enter her into the state championship show which is in West Bend this August,” said Weigel. “It’s the entire state; all the districts together have a state championship show.”

But for now, Weigel is proud of Pioneer Farm’s accomplishment and what this recognition means to the university.

“It shows we have a nice herd of cows. It gives students the mindset we have high-type cows,” Weigel said. “I have had a lot of former employees and interns congratulate me. It gives me pride to know they are a part of her [Wiscit Defiant Maya] growing up, a part of our show string while they were here for school.”