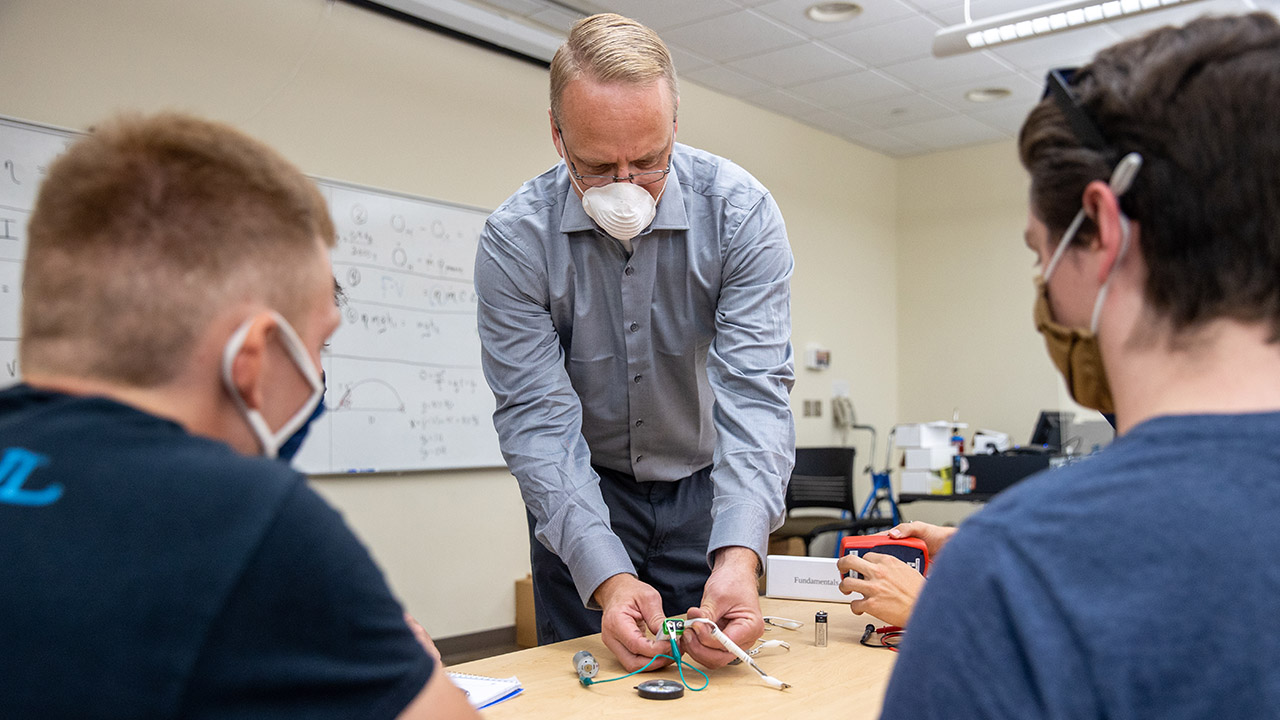 Dr. Thomas Zolper, University of Wisconsin-Platteville associate professor of mechanical engineering and sustainability and renewable energy systems has been awarded a faculty research grant from the Tommy G. Thompson Center on Public Leadership for his project titled, “The Wisconsin Strategy: Independent Infrastructure.”  Zolper is examining how to enhance the resilience of Wisconsin energy and information infrastructure against natural and man-made failures to reduce public emergencies.

“It’s a great honor,” said Zolper. “The research is going to focus on energy infrastructure. It includes both the fossil fuels and electricity grids – it’s a pretty broad scope. Energy infrastructure generally denotes petroleum pipelines for gas and diesel fuel as well as electricity generators including wind turbines, solar arrays, nuclear, coal, gas and hydroelectric power plants, as well as all their interconnections.”

Zolper says infrastructure failures have led to public emergencies across the U.S. and cited the failure of Texas’s power grid in February after winter storms swept across the state leaving millions without power for days and the Colonial Pipeline cyberattack in May that stopped fuel flow to several East Coast states. He pointed to how a single lightning strike in 1977 caused New York city to blackout for 25 hours, resulting in chaos.

“It’s good to anticipate such failures and invest in infrastructure resilience. Substation improvements can be used to prevent power grid failures or at least separate Wisconsin from the rest of the eastern electric grid,” said Zolper. “Investment in renewable energy is also important. If Wisconsin could generate enough electrical energy internally, we could theoretically separate ourselves the adjacent states in times of emergency. If those states were creating excess demand on their grid, it wouldn’t cause Wisconsin to blow a fuse.”

To help navigate vulnerabilities in equipment design and network interfaces, Zolper is incorporating students from two of his energy classes in the project. This semester, students from his SRES course (ENERGY 2340) will assist in an energy audit of Wisconsin. Students will have the opportunity to propose potential solutions or adjustments to the energy systems of the state’s infrastructure.

“Student engagement is a beneficial aspect of research,” said Zolper. “When the research is focused on most of the students’ home state of Wisconsin, it makes it a lot more personal. It allows the sustainability enthusiasts to feel like they are engaged in the process of improving our infrastructure and making it more renewable.”

Zolper and his students will be conducting research throughout the 2021-22 academic year. In alignment with the grant funding, Zolper will present his findings and recommendations in late spring to the Tommy G. Thompson Center and on the UW-Platteville campus. He also plans to discuss proposals with area lawmakers.

“I hope [the public] ends up with a greater appreciation of how our light bulbs turn on, how our refrigerators run, how our computers get power, and what some of the limitations and vulnerabilities of those systems are and how to ensure we have greater energy independence to the best of our ability,” said Zolper. “The overriding goal is to ensure resilience of Wisconsin energy and information grid, and to engage students in enhancing our renewable energy use from sources within the state.”