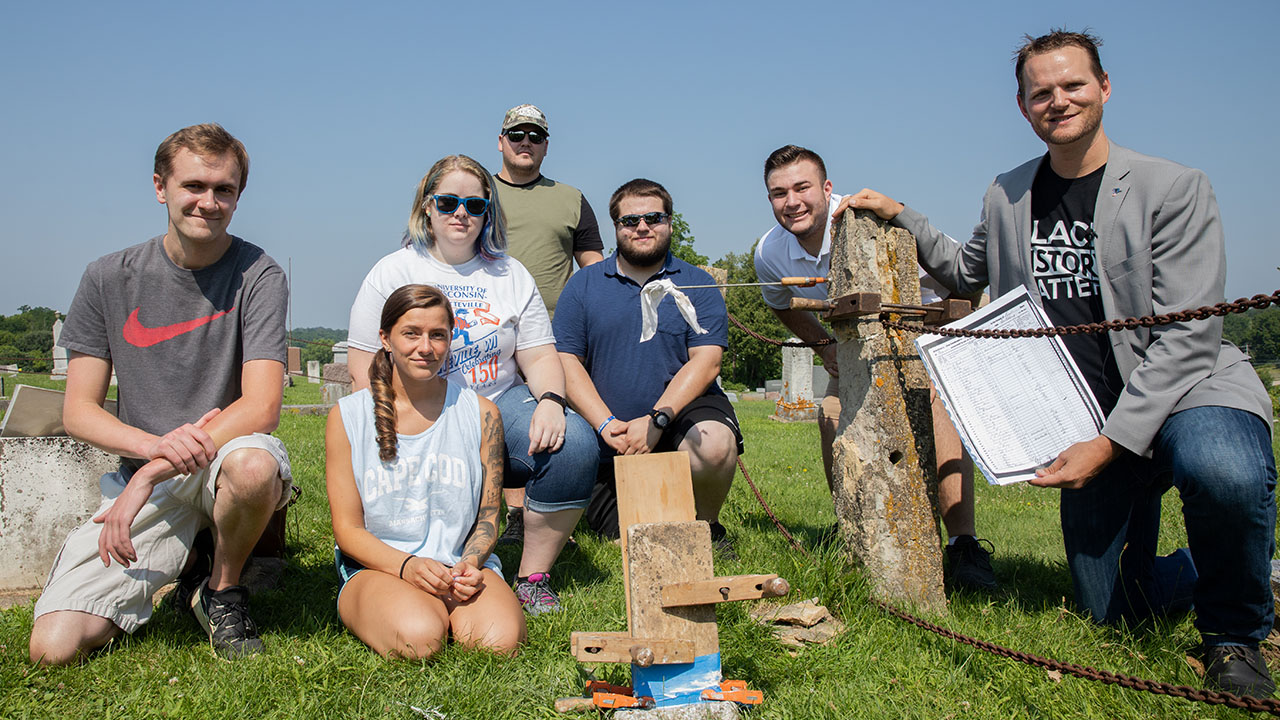 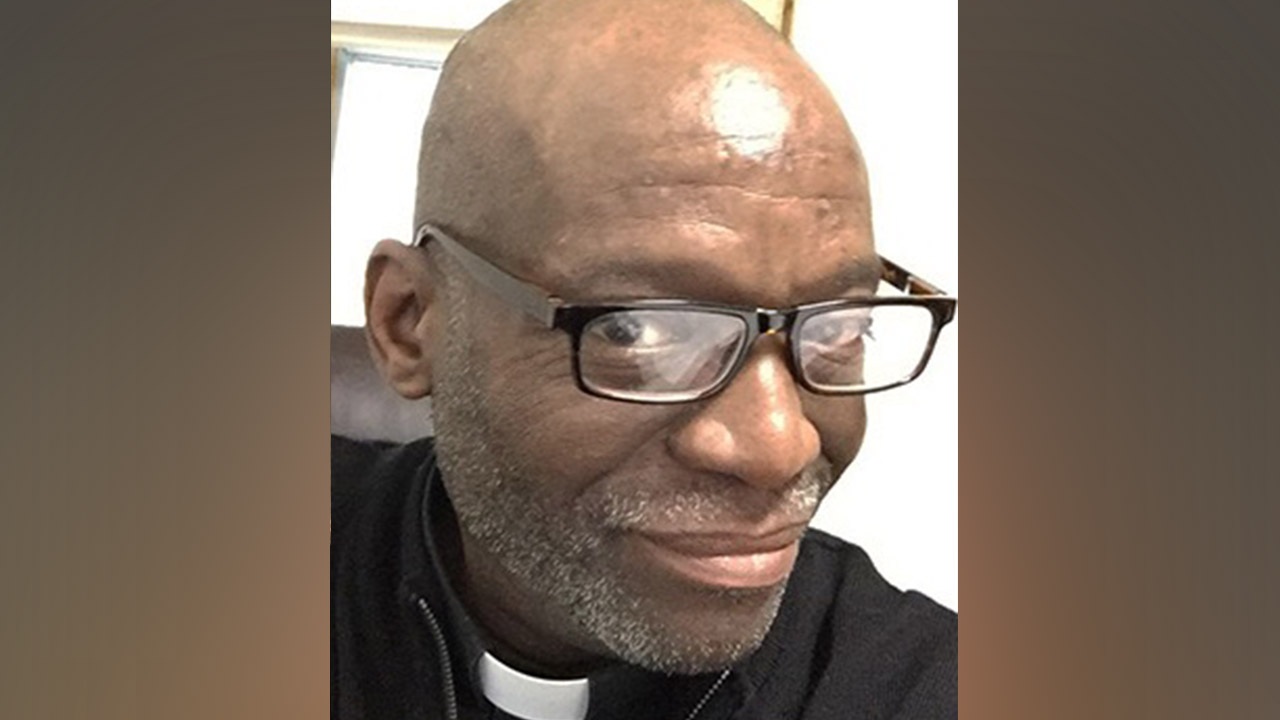 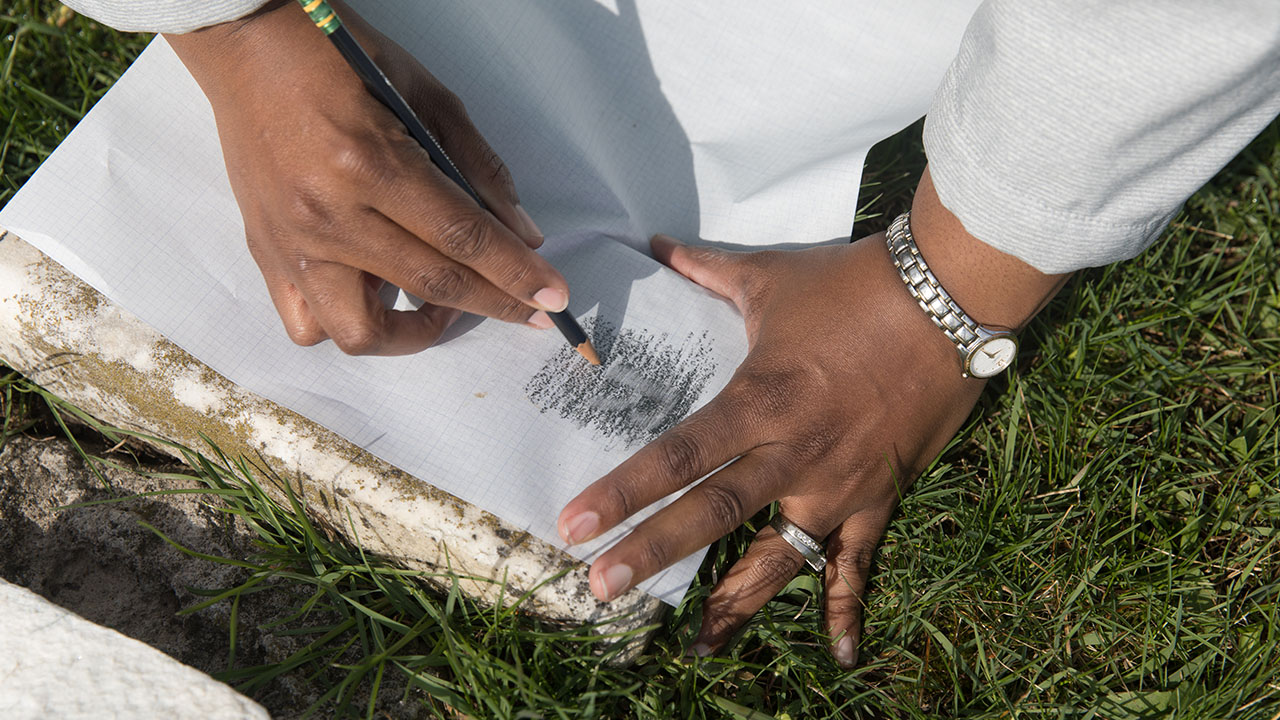 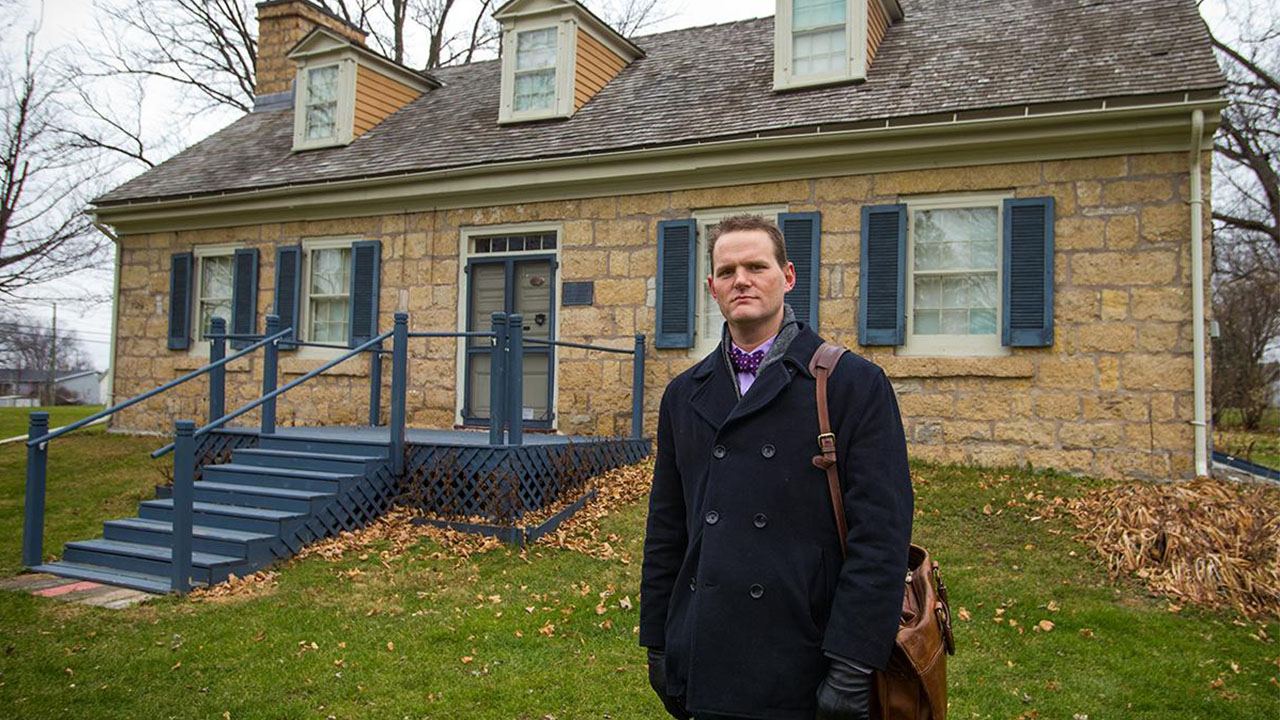 On Friday, Oct. 4, at 9 a.m., University of Wisconsin-Platteville faculty, staff, students and community members will hold a special rededication ceremony for Rachel, an enslaved African American, at Hillside Cemetery in Platteville. The ceremony is open to all.

The rededication ceremony was planned by Dr. Eugene Tesdahl, assistant professor of history at UW-Platteville, and a small group of students who helped repair and restore Rachel’s headstone at Hillside Cemetery this summer as part of his summer history course, The History of Wisconsin.

Rev. Gus Barnes, pastor at Luther Memorial Church in Delavan, Wisconsin, will offer a brief invocation as Rachel’s headstone is rededicated. Barnes earned a Master of Divinity from Wartburg Theological Seminary in Dubuque, Iowa, in May 2018. He was ordained and installed by Wisconsin’s first African-American bishop, Viviane Thomas-Breitfeld.

The repair, restoration and rededication are part of ongoing research Tesdahl and his students have been conducting to uncover information about enslaved African Americans in the Southwest Wisconsin region. Their research has found that prominent figures of the region brought enslaved African Americans with them including: Henry Dodge of Dodgeville, George W. Jones of Sinsinawa and John Rountree of Platteville.

The precise details of how Rachel came to be in John Rountree’s possession is a matter of debate. Rountree may have forced Rachel into what is now Wisconsin as early as 1828. Rachel is listed as enslaved in Rountree’s Platteville household on the 1840 federal census. Slavery had been illegal in Wisconsin since 1787, due to the Northwest Ordinance. In 1830, Rountree illegally purchased an African American woman named Maria and her 18-month-old son Felix in Galena, Illinois. Rountree held Rachel enslaved in Platteville until 1841, when he finally freed her. She then lived with, and worked for, her former enslavers until her death circa 1854. She is buried in the Rountree family burial plot in Hillside Cemetery.

“Offering details about Rachel’s life will never restore to Rachel what John Rountree took from her,” said Tesdahl. “Repairing and rededicating Rachel’s damaged stone will not save her, but it will offer her some of the dignity she was denied in life.”

“Rachel was free from slavery, but she was truly free in death,” said Barnes. “It is a privilege that we hold this memorial to honor her and remember her.”

“The rededication of Rachel’s headstone means a lot, not only to my History of Wisconsin class and other scholars who helped, but to Rachel as well,” said Brandon Snyder, a sophomore history major with an emphasis in history education at UW-Platteville from Hazel Green, Wisconsin. “She would have wanted her voice heard, and I believe we did it. This rededication also shows that the public should never be led to assume that the past of the Driftless Region was great. History is extremely complex; hence the reason I chose to major in it.”