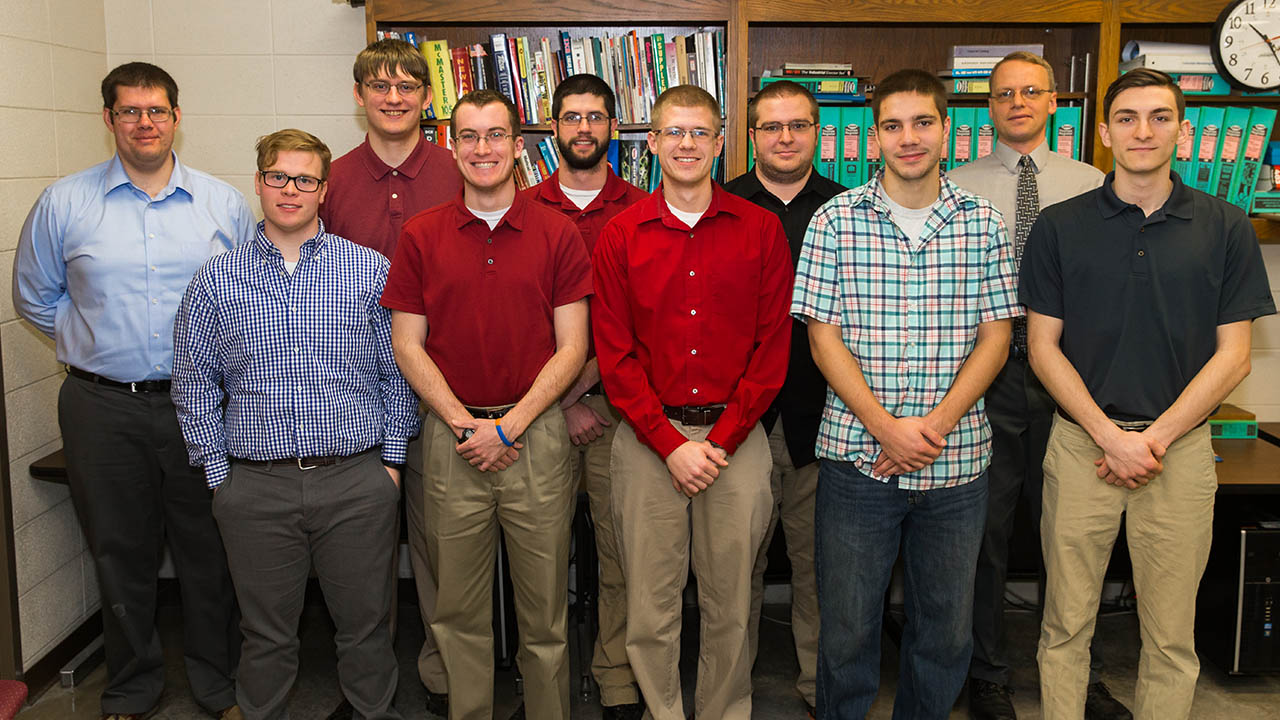 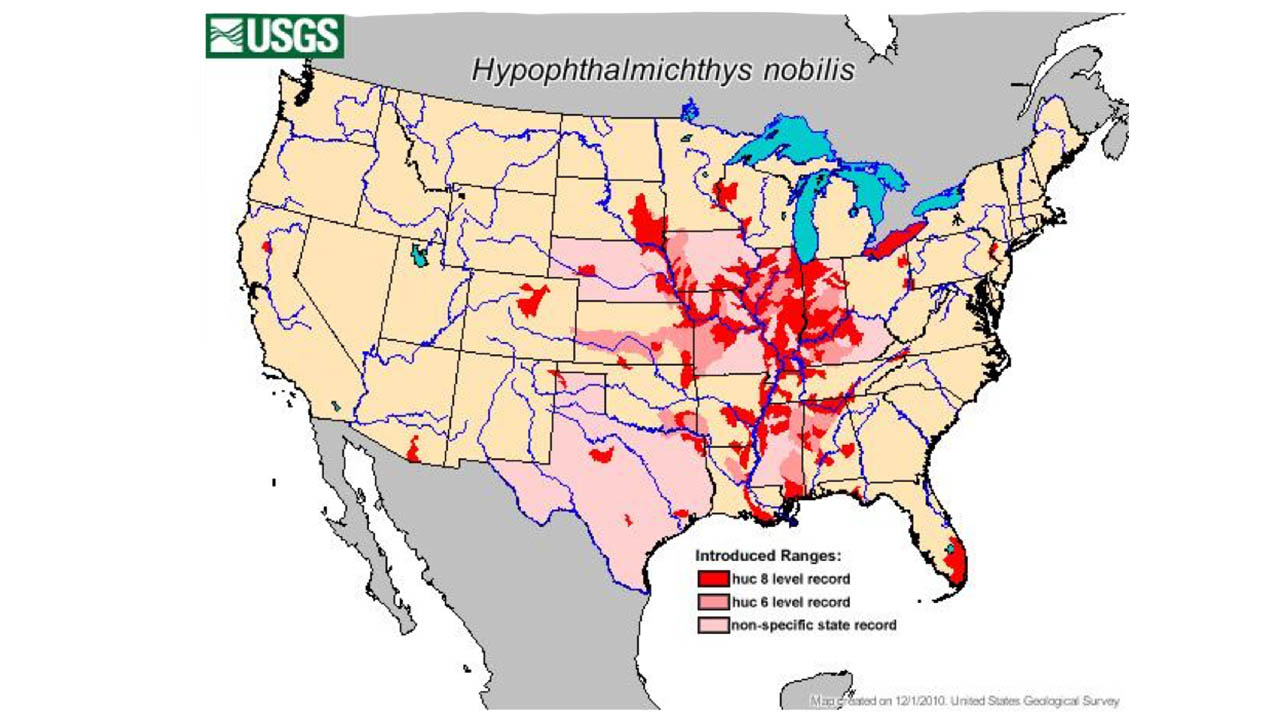 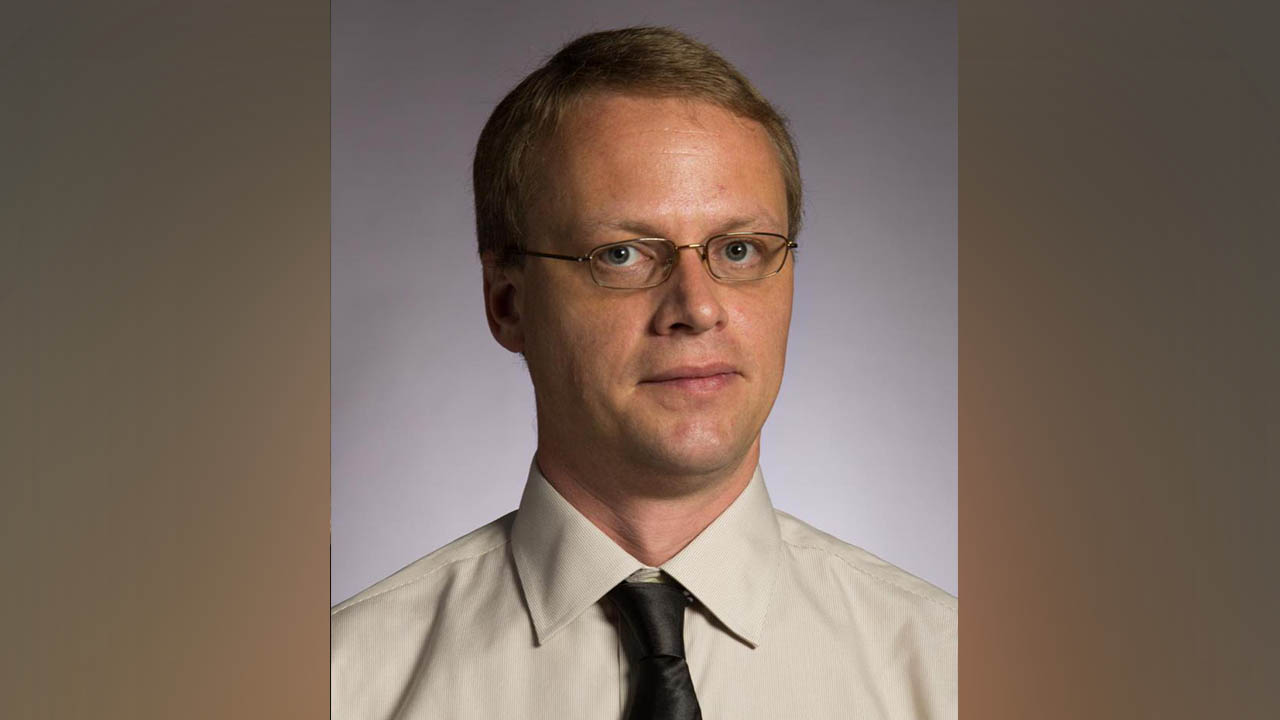 It is no secret that Wisconsin has great fishing opportunities, attractive to both residents and tourists from surrounding states. However, many are unaware of a threat posed to the state’s fishing industry by invasive fish, such as bighead carp and silver carp. Dr. Thomas Zolper, assistant professor of mechanical engineering at UW-Platteville, and his students, have spent the past several years collaborating with the U.S. Geological Survey (USGS) to combat this threat.

“Invasive carps can grow up to 100-plus pounds and consume two to three times their body weight daily,” said Zolper. “They are able to outcompete many native species and threaten the local ecosystems that support the major game fish.”

The invasive carp species were originally imported to fish farms in the southern United States to control plankton. However, flooding in the 1970s and 1990s allowed them to escape into the Mississippi River. Since then, they have proliferated throughout the Mississippi River basin and are encroaching upon the Great Lakes through the Chicago Sanitary and Ship Canal. In 2011, Wisconsin and several other Great Lakes states sought a Supreme Court order to force the City of Chicago to close the canal, but it was declined.

According to Zolper, if invasive carps enter the Great Lakes basin, they could severely impact the $7 billion fishing industry, including Wisconsin’s $185 million share of it.

In 2016, USGS biologist Aaron Cupp and Zolper began a collaboration to evaluate the infusion of carbon dioxide into simulated river locks as a possible deterrent to upstream migration of invasive carps. Studies have demonstrated that infusing carbon dioxide into water deters fish from those treated areas. This technique proved effective in the laboratory and in pond testing, but its engineering feasibility at field scales was generally unknown. River lock treatment could require infusing carbon dioxide into millions of gallons of water in a quick and efficient manner.

Zolper, who teaches Fluid Mechanics at UW-Platteville, saw an opportunity for he and his students to take on the task.

For the past four years, Cupp and Zolper have been researching various methods to rapidly infuse carbon dioxide into water. In 2016, Zolper directed 10 mechanical engineering students to design and manufacture gas-to-liquid infusion devices and test their performance in a flume on the UW Platteville campus. The results were a first step towards addressing the engineering associated with the use of carbon dioxide for invasive species control and led to funding for additional research.

In 2017, Zolper and Dr. Jorge Camacho, UW-Platteville assistant professor of mechanical engineering, along with three engineering interns, developed intermediate-scale infusion equipment that was installed in a large test pond at the USGS Upper Midwest Environmental Sciences Center in La Crosse. The evaluation resulted in several prototypes for future research with findings published in the Journal of Fluids Engineering.

In 2019, Zolper collaborated with several federal, state and academic partners to evaluate the feasibility of a full-scale carbon dioxide system on the Fox River near Kaukauna, Wisconsin. The research team conducted a series of studies to evaluate the costs, engineering, fish behavior, effects on non-target organisms and human health safety associated with a carbon dioxide deterrent at a navigational lock. Data from this study are currently being analyzed and will inform the potential use of carbon dioxide for invasive species control.

“Fluid mechanics is a major intersection of biology and engineering, leading to multiple interdisciplinary research projects,” said Zolper. “This research collaboration between the USGS, U.S. Army Corps of Engineers, and UW-Platteville provided unique educational opportunities for 18 of our UW-Platteville students. This and other projects to control invasive carps and zebra mussels have brought nearly $250,000 in federal research funds to UW-Platteville and engaged dozens of other Platteville students. Fortunately, UW-Platteville has many industrious students who have contributed to the success of these collaborations.  Some of the projects even have patents pending with students included as inventors.”