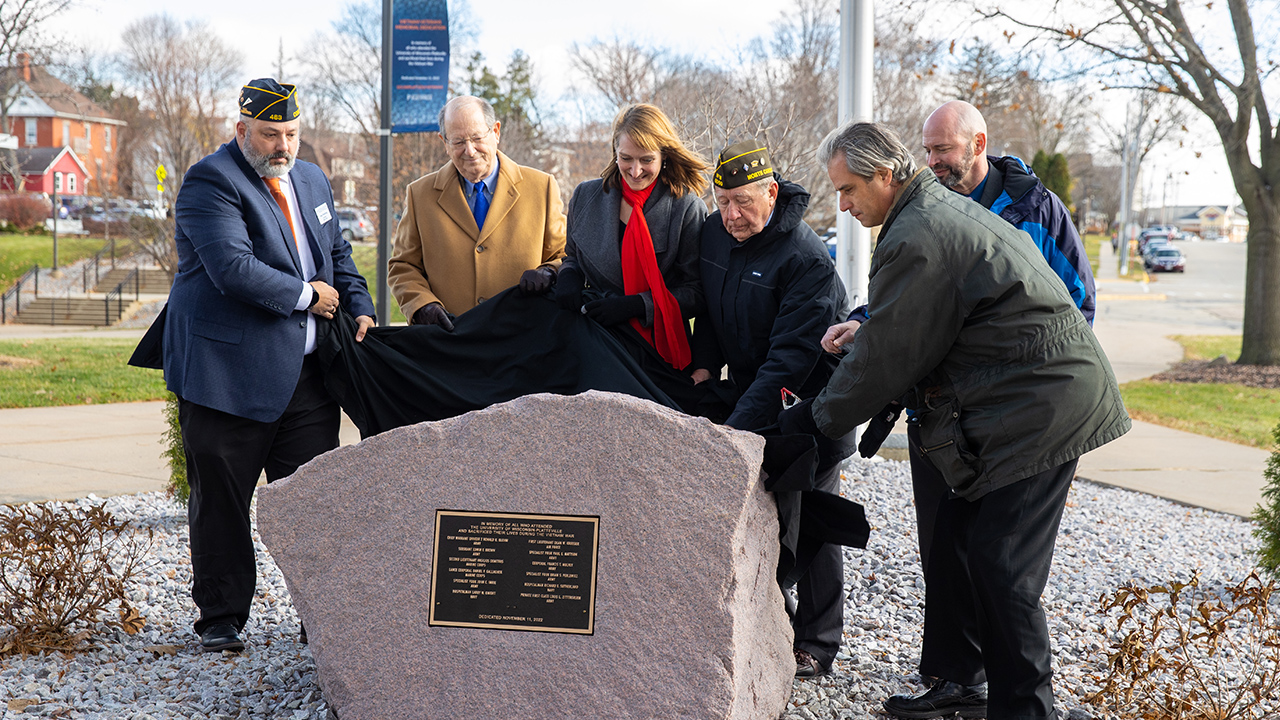 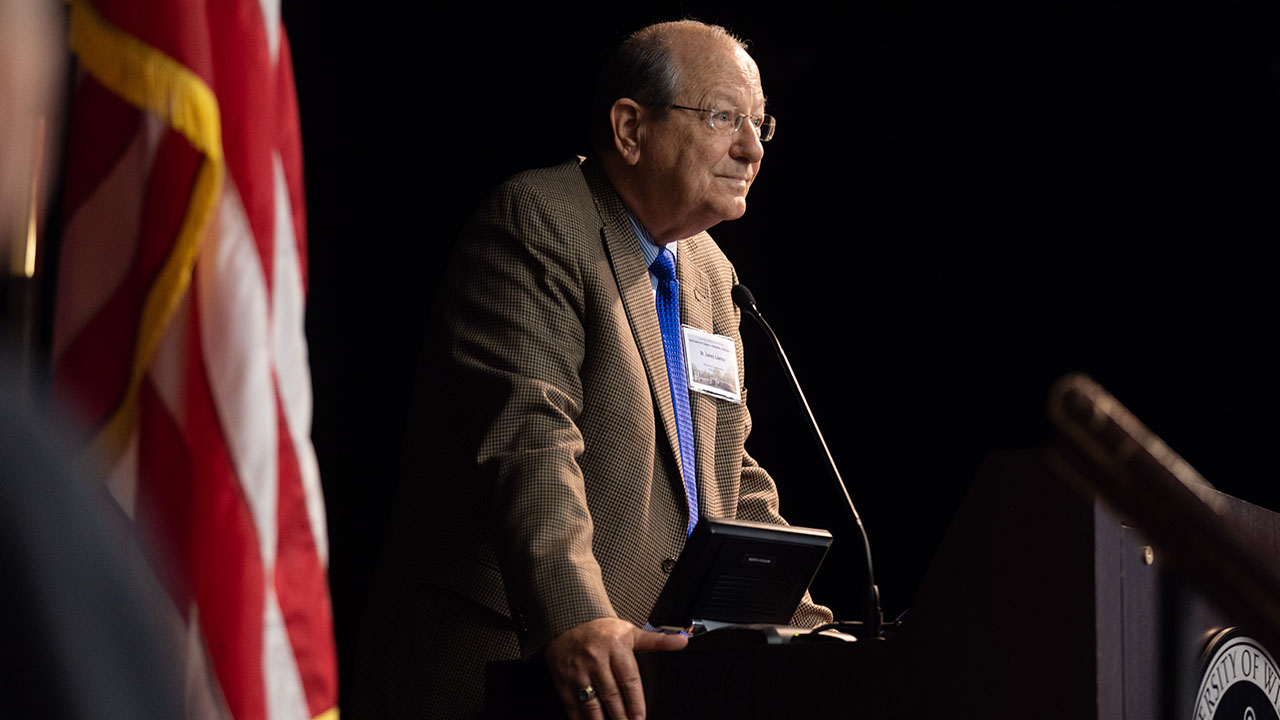 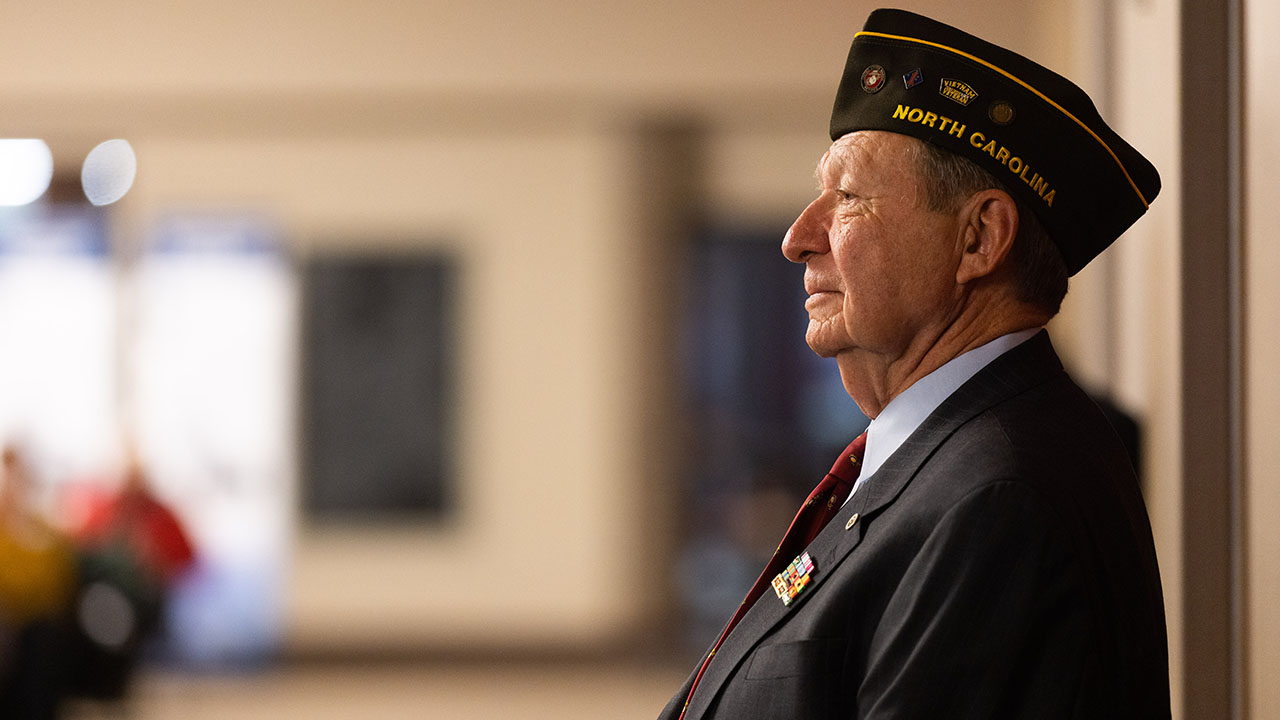 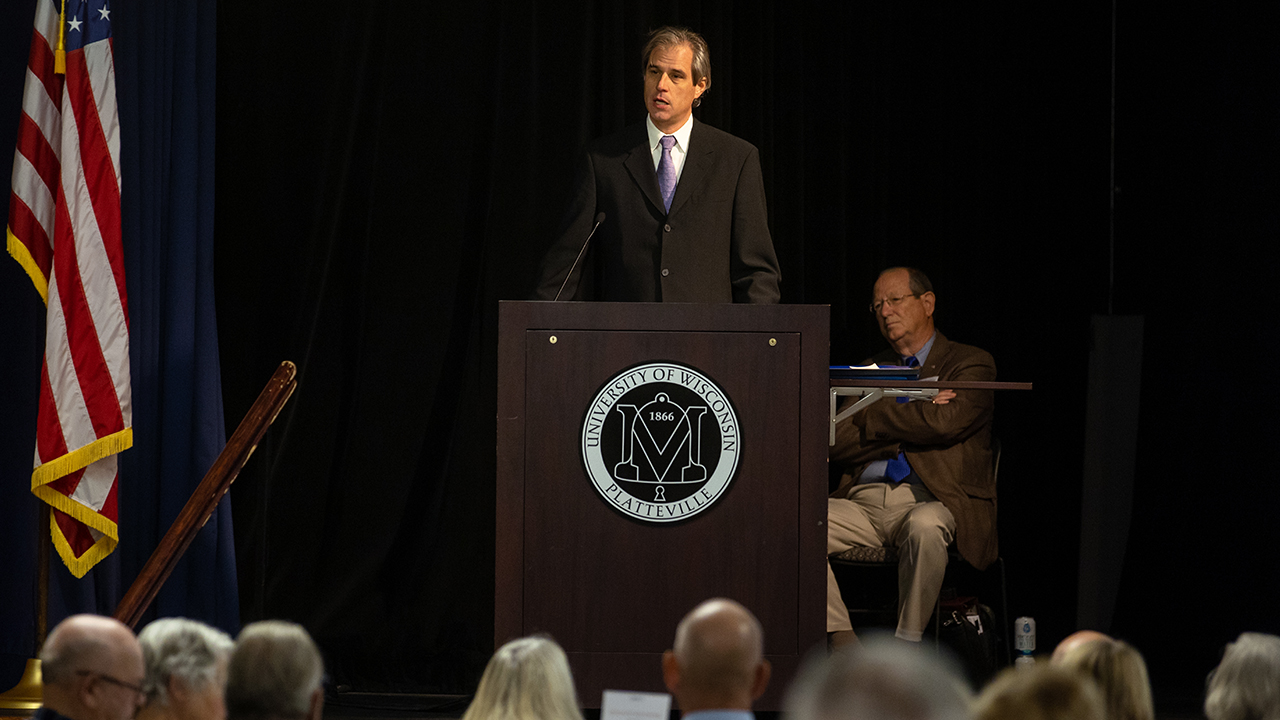 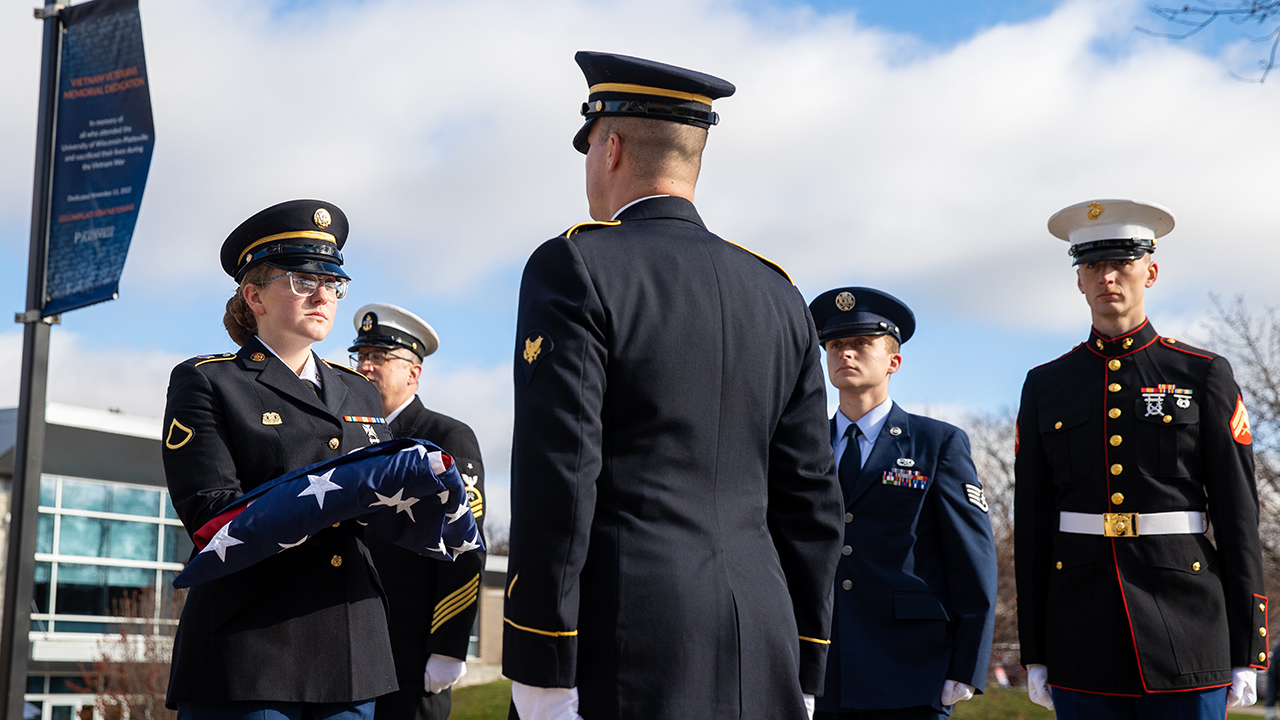 The University of Wisconsin-Platteville dedicated a Vietnam Veterans Memorial on Veterans Day, Nov. 11, 2022. The memorial honors 12 UW-Platteville students and alumni who were killed in action in the Vietnam War. Nearly 300 people were in attendance at the dedication ceremony, including next of kin and friends of the 12 veterans being honored.

“It is with great privilege to be here today, to honor our veteran students and alumni and to pay respect to our fallen students who gave their lives in Vietnam,” said Interim Chancellor Dr. Tammy Evetovich. “As Pioneers, I know we all recognize the importance of today, the impact this will have on us tomorrow and the true value of freedom that is our future.”

Lawton spoke of his friend, fraternity brother and teammate, Vasilios “Bill” Demetris, one of the 12 fallen honored.

“In 1963, Bill had come nearly 2,000 miles west from New York City to Platteville, and I had come from Chicago,” said Lawton. “It was a significant, but positive, cultural change for us both … We graduated from this university in June 1967, and I never saw Bill again. So, as you probably have already surmised, my research into Bill’s death was very personal for me.”

As Lawton was researching Demetris, he was introduced to Kolar, who was conducting research on his own classmate, Francis T. Mulvey. As the two alumni connected, they came to realize that there was not a known count of how many UW-Platteville students or graduates had been killed in action in the Vietnam War. Through a collaborative endeavor that spanned three years and included the help of faculty, staff and students across campus, Kolar and Lawton were able to identify 12 students and alumni killed in action.

“We are here and the ‘dream’ of this Vietnam Veterans Memorial will now become a ‘reality,’” said Lawton. “Thank you all for being here, and thank you veterans.”