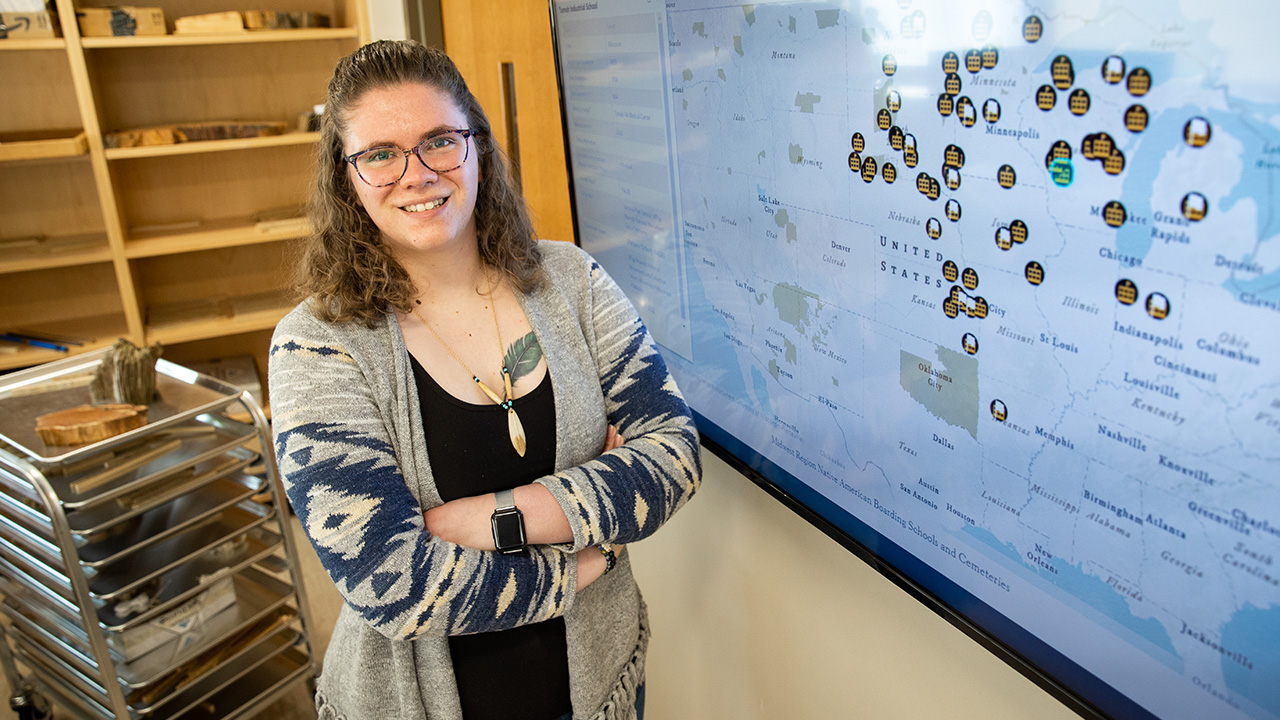 “History is troubling, but once you get through the anger, you can fully comprehend what you read and can move forward to fix it,” said Grace Trenkamp, a UW-Platteville senior environmental science and conservation major and social and environmental justice minor, from Preston, Iowa. “The point of history is to look back and not do it again.”

“My main project was to find a list and locate the boarding schools and to find out as much information as I could,” Trenkamp explained. “I decided to make a story map. It shows the Native American schools and what it has to do with the National Park Service.”

According to Trenkamp, The Bureau of Indian Affairs mainly ran the boarding schools and established them in 1879, forcing Indigenous children to attend the schools with the goal of diminishing their Native American cultures. Through her research, Trenkamp found that South Dakota had the most boarding schools in the Midwest followed by Wisconsin.

“There were at least 12 boarding schools in Wisconsin,” she said. “Wisconsin has now tried to be one of the more friendly states towards Indigenous people by being one of the first to declare Ingenious Peoples’ Day, but it still has a lot to make up for.”

As Trenkamp pieced together her research, she wants the public to understand the trauma Native Americans have endured in the boarding school era. She hopes that the public realizes that the relationship between Indigenous peoples and the U.S. government is complex. She emphasized the time is now for Americans to acknowledge this dark chapter of U.S. history.

“I hope our generation has not done damage like past generations. It’s up to us to try and heal that damage,” said Trenkamp. “Many Native American cultures have a direct relationship with nature. Traditional ways of knowing held by Indigenous Americans offers real solutions to save the planet.”

Trenkamp accepted a position as an interpretive ranger for the National Park Service at Effigy Mounds National Monument for summer 2022.

“I am excited to share what I have learned with the public,” she said.