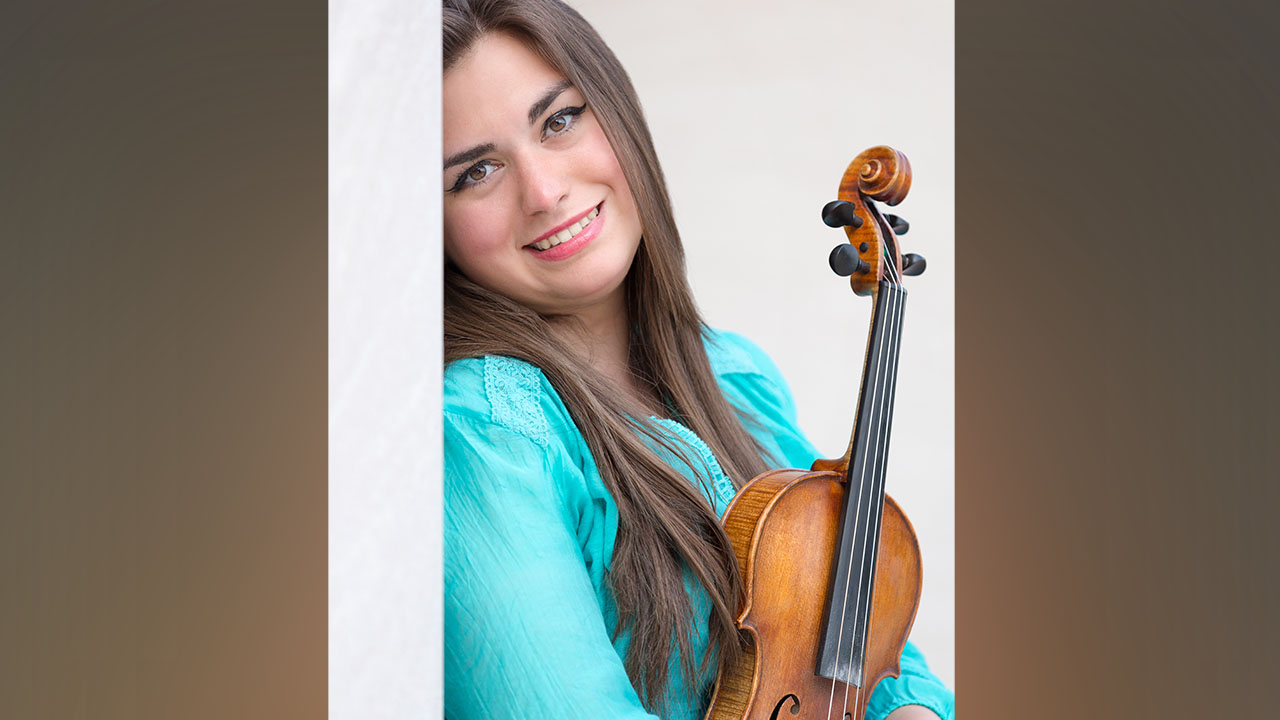 UPDATE: Due to safety and health concerns around COVID-19, this event has been cancelled as a precautionary measure.

Syrian refugee Mariela Shaker will perform and speak on the topic of civil liberties at the University of Wisconsin-Platteville on Tuesday, March 31. Shaker, who fled the war in Syria, is a motivational speaker, violinist and professor at Monmouth College. She was granted asylum in the United States in 2013 and has since traveled across the world sharing her story.

Shaker’s presentation will be held in the Richard & Helen Brodbeck Concert Hall of the Performing Arts Center at 7 p.m. Admission is free.

“My talk will tackle freedom of expression by using music as a tool for peace building and conflict resolution,” she said. “I believe when you lose your home, music is all that is left to tell the story of your suffering people and country. Music will humanize the number of victims we hear on the news as each one has a story, family, relatives and parents.”

Dr. Robert Snyder, UW-Platteville professor of media studies, received a grant from the Menard Center for the Study of Institutions and Innovation. Through the grant he was able to invite Shaker to campus. The mission of the MCSII is to promote the study and discussion of civil liberties.

“I hope this event serves as a reminder of how precious our freedoms are as citizens of the United States,” said Snyder. “When you hear a story such as Mariela’s, you realize in many ways how fortunate you have it.”

The free event will feature multimedia elements. Following Shaker’s presentation, she will perform three songs that will reflect the tone and emotional content that she’ll be sharing.

“It’s easy for any of us, U.S. citizens to take for granted our freedoms. We are not living in a refugee camp trying to escape our country because there are hostilities taking place,” he said. “Yes, we have homelessness and a myriad of other issues. But it’s easy to overlook international crises where there are literally millions of refugees trying to flee from their country.”

Shaker received the Daily Point of Light Award from President George H.W. Bush and was named Champion of Change for World Refugees by President Barack Obama. She has spoken and performed at several intuitions including the Kennedy Center, United Nations, Arab American Institute and Lincoln Center.