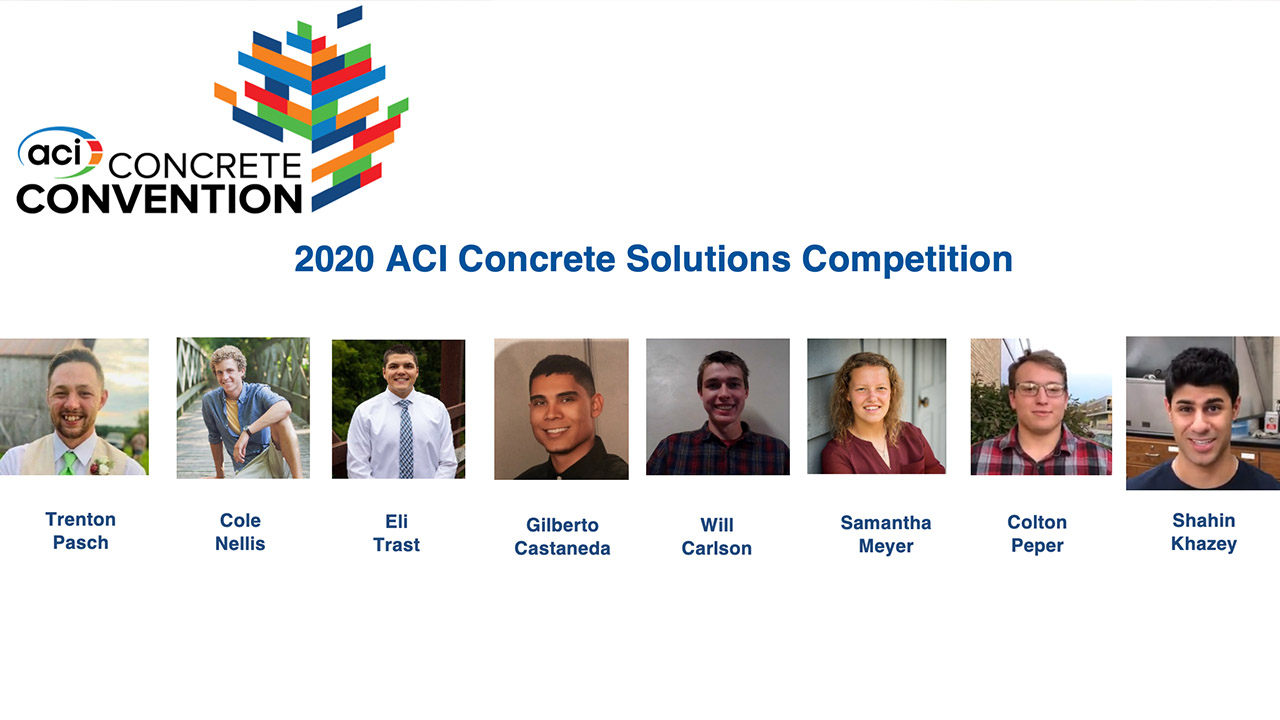 The University of Wisconsin-Platteville chapter of the American Concrete Institute recently participated in the 2020 Concrete Solutions Competition, where students competed against 18 teams representing six countries. Held virtually, the competition tasked teams with conceptualizing and demonstrating a use of concrete that could positively impact the world.

Eight UW-Platteville students began working on a concept for the competition in mid-September. They brainstormed several ideas, considering innovations in pervious concrete and 3D printing concrete, before selecting their final idea for eco-friendly concrete.

“We selected this because we saw issues of global warming as some of the biggest problems in today’s world,” said Cole Nellis, a senior mechanical engineering major from New Franken, Wisconsin, and president of the student chapter.

According to the team, cement production is responsible for roughly 8% of the worldwide manmade CO2 emissions. The students’ proposed innovation makes concrete more efficient and sustainable, while lessening the environmental impact.

The team also explored the concept of carbon utilization – a way to capture CO2 and recycle it. In this process, the CO2 released from the kiln is captured and then injected into the fresh concrete during the mixing process. This causes a chemical reaction between CO2 and cement in the mix, creating calcium carbonate, which increases the compressive strength of the concrete while lowering the cement content needed. The team estimates that this process yields a more than 30% savings in CO2 generation.

The UW-Platteville team first incorporated their ideas into a seven-minute video, then presented it to a panel of judges in a virtual interview.

According to Nellis, there were several challenges competing virtually.

“It was challenging to think of ways to maintain social distancing while recording each other in the video,” he said. “Also, not being able to work physically with a project, but just develop it conceptually, was a challenge.”

Despite these challenges, Nellis said the virtual format also helped the team hone in on particular skills.

“It was really important to maintain a regular meeting schedule and have good communication between team members so that multiple people weren’t working on the same things,” he said.

This was Nellis’s second year competing in the ACI student competitions, and the experience, he said, adds a valuable component to his regular coursework.

Researchers look for a taste of success

Alumna to present at the EMS Engineering Seminar Series