Students to present Central Sands of Wisconsin research in Madison 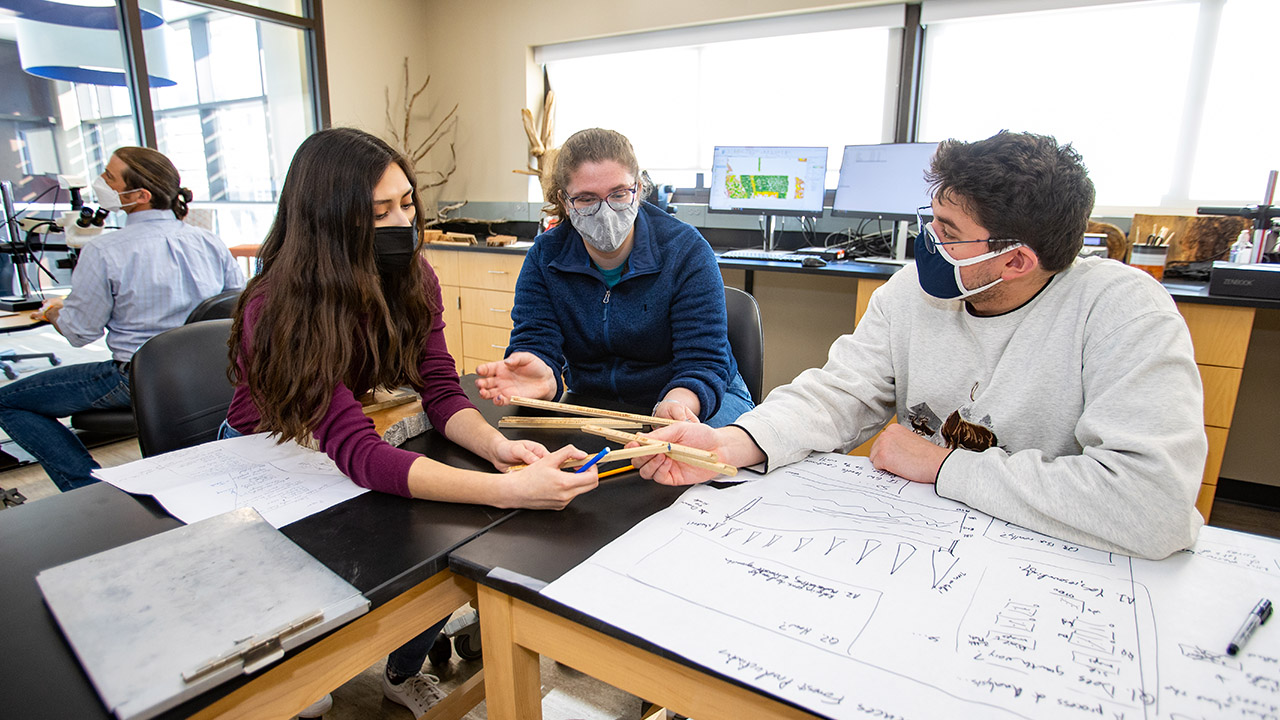 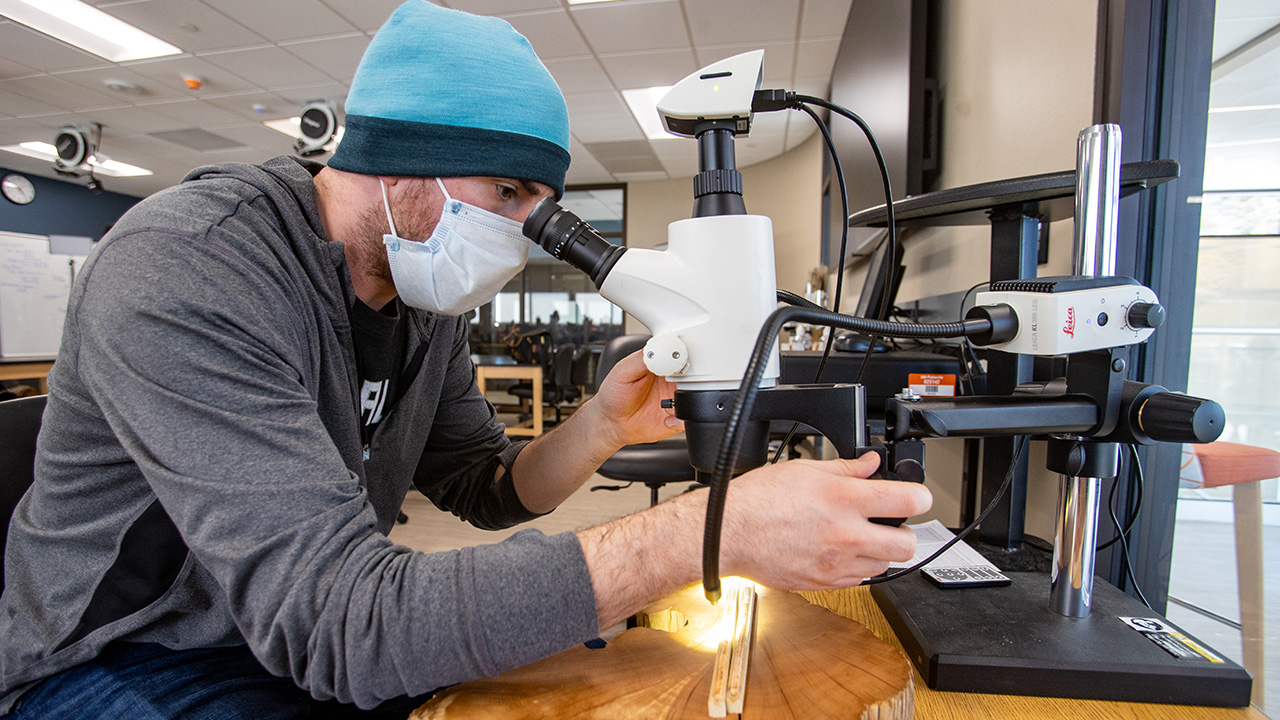 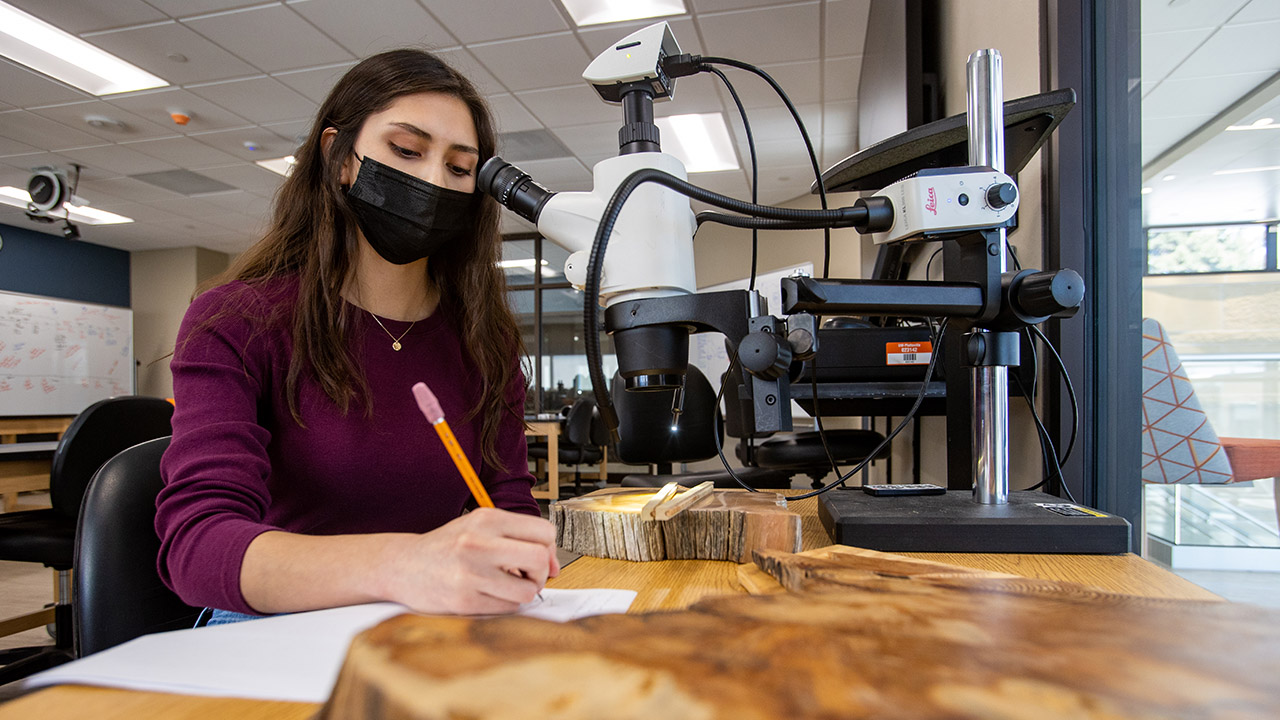 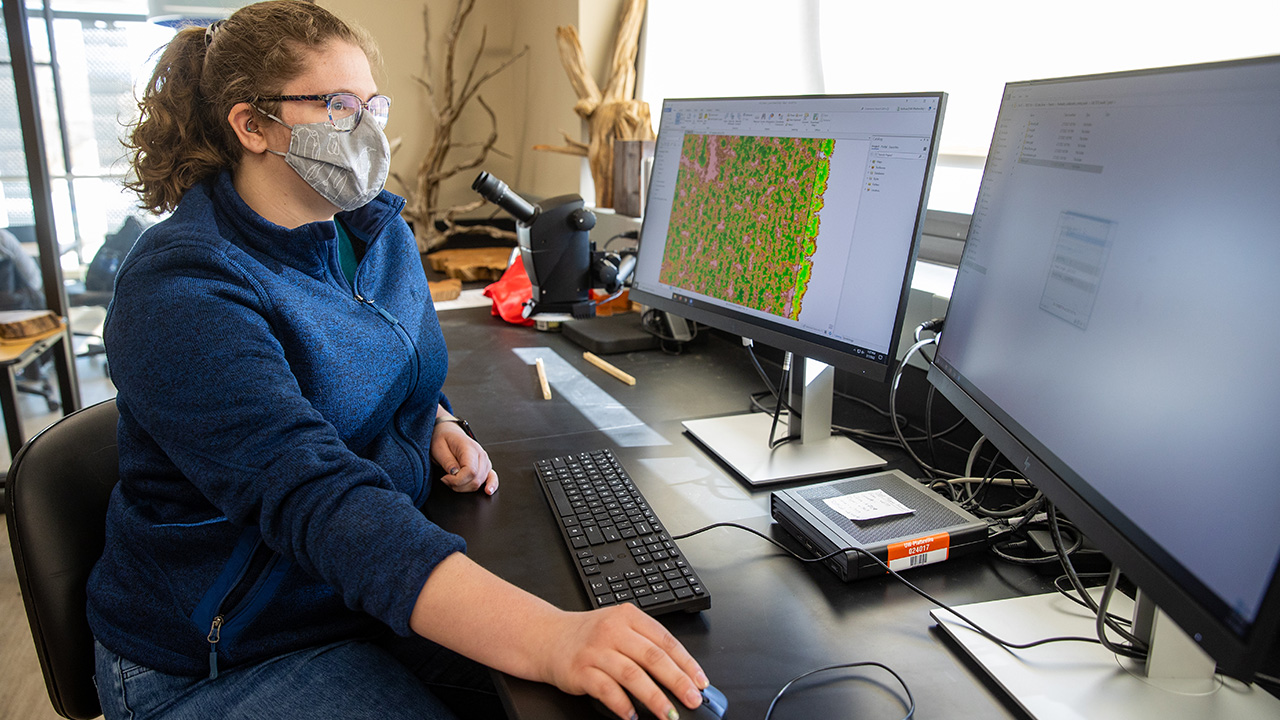 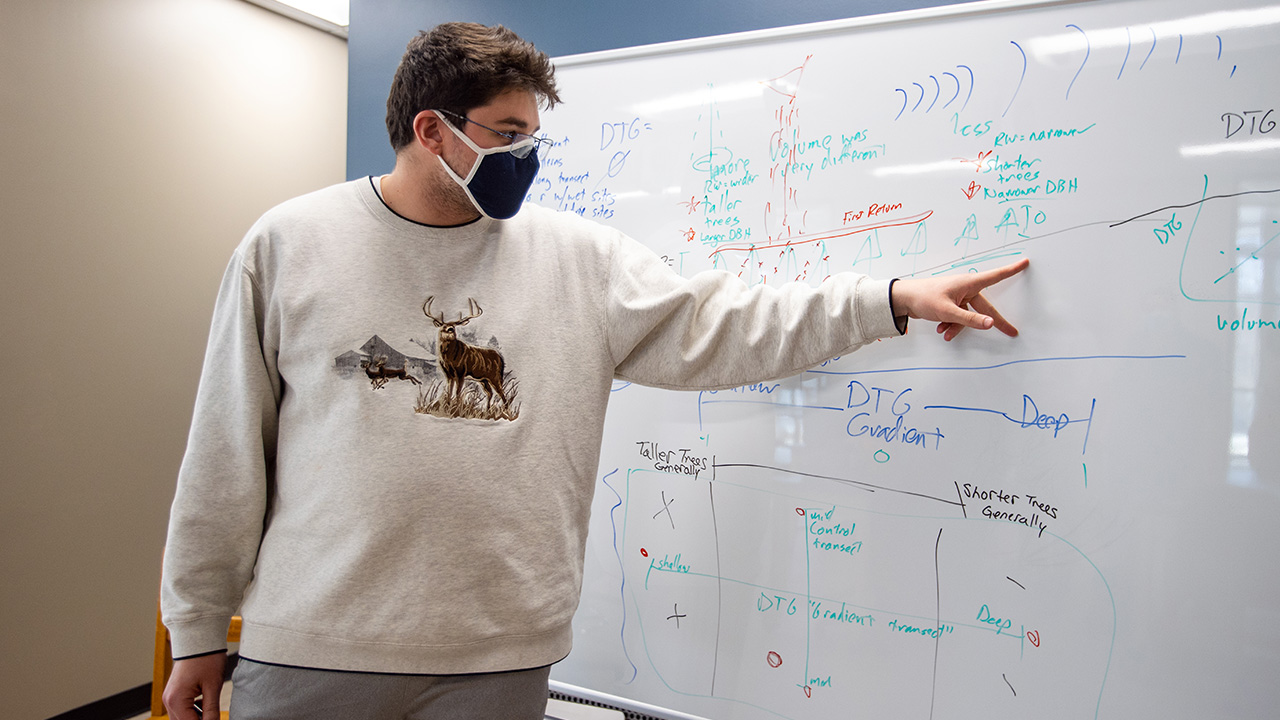 Four University of Wisconsin-Platteville students received the opportunity to conduct undergraduate research focused in the area of dendroecology, by assisting Dr. Evan Larson, professor of environmental sciences and society, with his project titled, “Groundwater Access Impacts Tree Productivity in the Central Sands of Wisconsin.” S. Blossom Ramos, John Rodwell, Grace Trenkamp and Lucas Turpin will present their findings at Research in the Rotunda, held in the state Capitol on Wednesday, March 9.

“Our research is seeking to investigate how groundwater availability influences tree growth and how that applies with resource management in the Central Sands region of Wisconsin,” said Rodwell, a junior environmental science and conservation major, from Cottage Grove, Wisconsin.

In June 2021, Ramos, Rodwell and Turpin traveled to central Wisconsin where they participated in two weeks of field work collecting tree ring samples. Trenkamp, who joined the team in October, is examining the collected data by using GIS analysis.

“We were doing ring width analysis of two different ways of tracking growth as it relates to depth to groundwater gradient,” said Turpin, a senior biology major, from Madison, Wisconsin. “We are using computer analysis, statistical techniques to look at growth patterns year by year and isolating groundwater as a factor.”

“I took data and figured out how tall trees were in each stand,” added Trenkamp, a senior environmental science and conservation major, from Preston, Iowa. “I’m comparing the standardization of the tree stands to know if it matches the groundwater levels. We are finding it matches in what they found in the field.”

As the group began to examine their research, each member noticed how they gravitated towards a particular area of the project. The students explained how they were able to engage in their interests while learning from each other.

“I got a pretty good handle on using the microscopes, using tree core samples, dating and cross dating the samples,” said Ramos, a junior environmental science and conservation major, from McHenry, Illinois. “It was fun to see how once we got back in the lab, we all enjoyed the field work, but in the lab, I personally liked using the microscopes and counting the tree rings.”

The students will showcase their materials at Research in the Rotunda to state lawmakers, peers from across the UW System and the public.

“I’m so excited about the graphs,” said Rodwell. “I dove into the graphing program over the summer, and I had a blast. I’m excited for other people to look at the graphs and hopefully understand them.”

Turpin is looking forward to having conversations on how their research affects the Central Sands area. He acknowledges the importance of listening to opposing views.

“I’m going to be taking it all in,” he said. “I would like to come to the table with an open mind and engage with people who are coming from a different perspective. I’m coming at it from a groundwater conservation perspective. There is always another side. It’s learning how to engage with everyone. Hopefully, we can advance our message. It’s going to be exciting.”

Ramos adds, “I enjoy informing other people and teaching them about new things that impact them like forests, water and management. I’m looking forward to showing that even though we are undergraduate students, we can still be a part of something really important and meaningful to people everywhere.”

The students emphasized the importance of having this hands-on experience outside of the classroom. Turpin, who will graduate in May, calls it the most valuable part of his education. He credits his undergraduate research with helping him get into graduate school.

“I got to code in R,” said Turpin. “It was exciting because it’s what I’m going to be using in grad school. I gained incredible and valuable experience learning to code in R, which is going to be huge for my career.”

Trenkamp said she started working with her professors on research projects, starting her freshman year, which has led to multiple internships.

“I have worked with the DNR, NPS, county conservation and with the school,” she said. “It blasts people out of the water as an undergrad to tell people you’ve done all this research. UW-Platteville allows us to do it.”

This experience has taught Rodwell he wants to continue down the path of research.

“I entered the summer thinking I wanted to go into research. I wasn’t sure,” Rodwell explained. “I quite enjoyed the lab environment. It reaffirmed my desire to continue. It helped me build my confidence as well, to go into the TREES Lab and count the tree rings. It helps to understand what you like, what you’re good at and where the two intersect.”

As the group puts their finishing touches on their Research in the Rotunda poster, they are now embarking on the challenge of getting their work published.

“We are trying to get a manuscript out by the end of the semester,” said Trenkamp. “We’re hoping to get it published in a journal.”

Ramos is thankful for the overall experience. “I never envisioned myself being a part of a publication, especially at this point in my life,” she said. “It’s been cool to see every step of the process.”