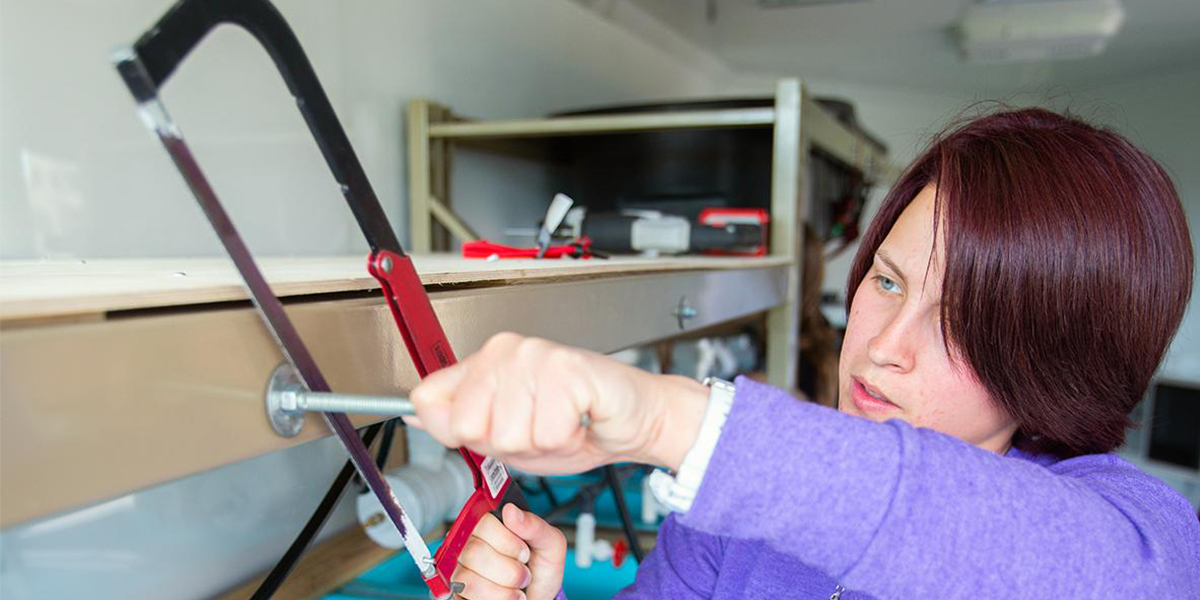 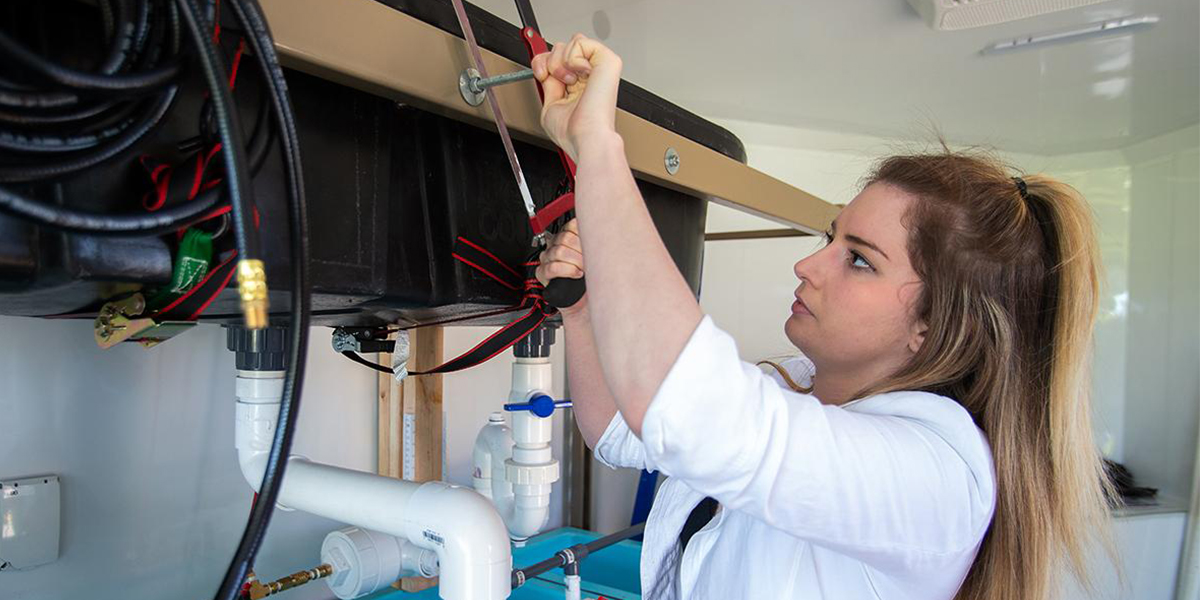 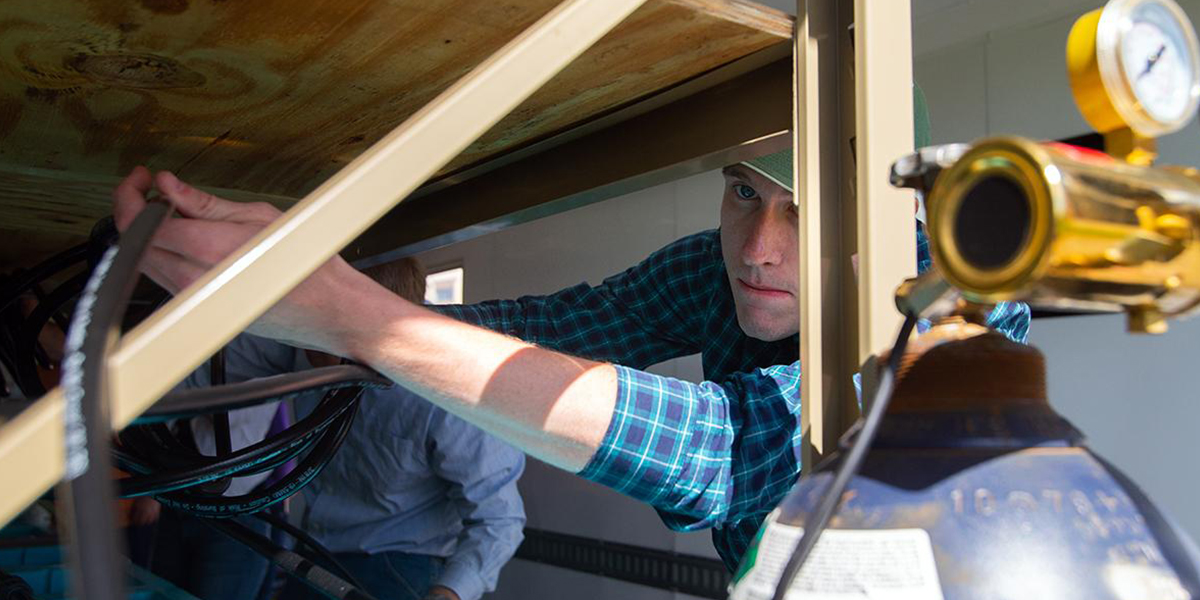 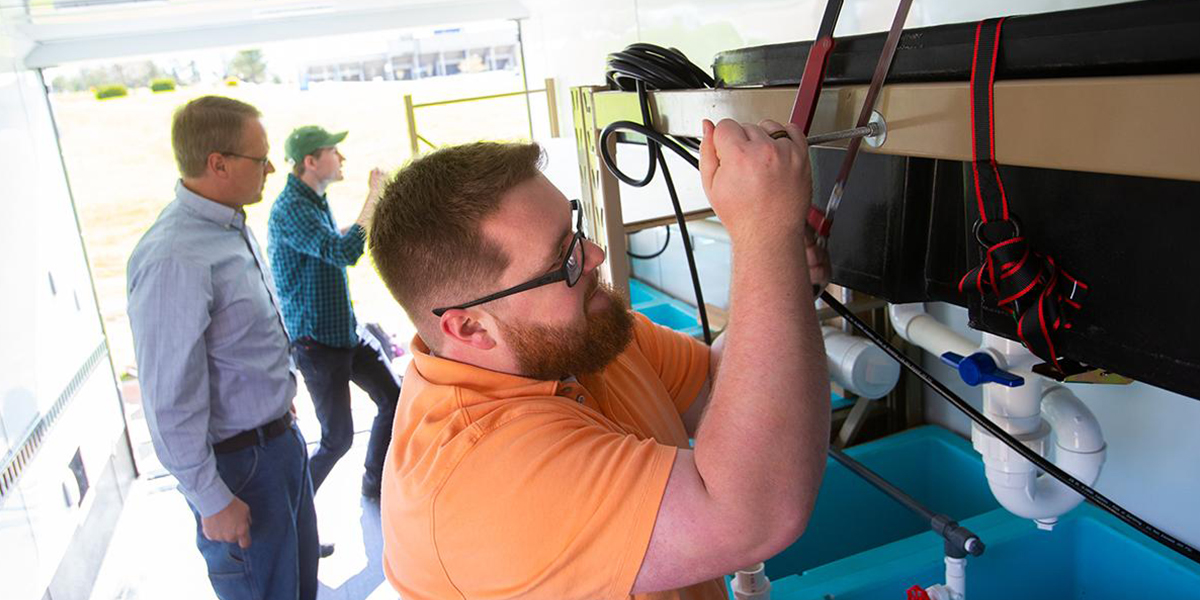 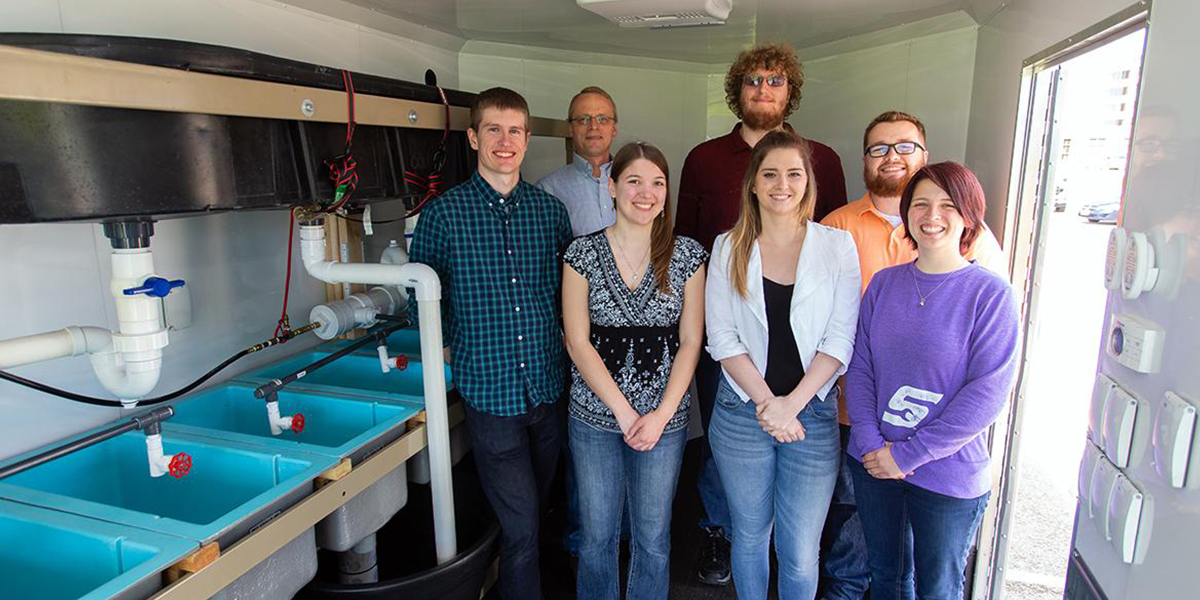 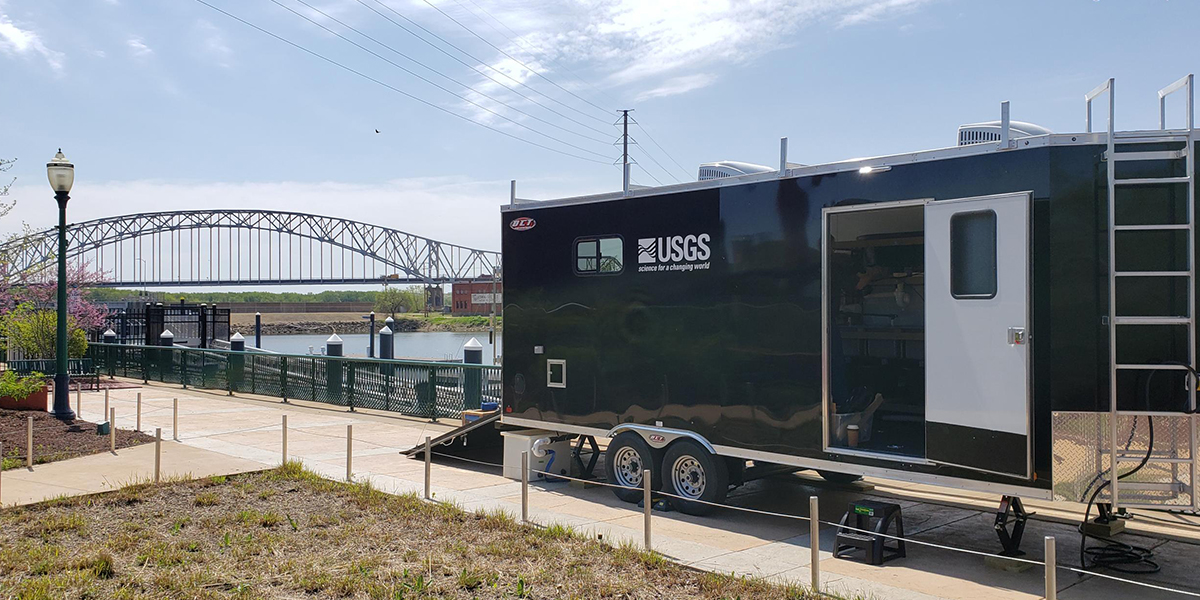 A group of University of Wisconsin-Platteville mechanical engineering students have spent the past semester tackling a big problem that stems from a rather small animal – the zebra mussel. As part of a senior design project, sponsored by the United States Geological Survey, a six-student team created a test apparatus to infuse carbon dioxide into the water to decrease the population of this invasive species.

Zebra mussels are a type of invasive fresh water mollusks. Originally from eastern Europe, they were introduced to the Great Lakes region in the 1980s and have since been transported heavily throughout the Midwest, even expanding to the southern United States. They attach themselves to hard objects, causing suffocation to native species like clams and mussels and damages to boats, pipes and water treatment plants. As efficient filter-feeders, zebra mussels actually increase water clarity, which can negatively impact the local ecosystem, as it allows sunlight to penetrate deeper in the water causing a dense growth of plant life – sometimes including invasive plants – at greater depths.

The students’ research focused on the first stage of the zebra mussel’s life cycle, when they are free swimming microscopic larvae, called veligers. The USGS tasked the team with designing and fabricating a test apparatus that will enable them to infuse water from the Mississippi river with carbon dioxide and then compare the veliger population in that water sample to that of a normal water sample, using specialized microscopes provided by USGS.

The students worked around several design constraints provided by USGS. A constant flow rate of water has to be maintained throughout the system so that it doesn’t stagnate, and the system must run continuously, cycling every one- to one-and-a-half hours. Students had to ensure automation of the system to record the pH and temperature of samples across 24 data channels, and maintain carbon dioxide concentration throughout a three-month duration. All of this had to be incorporated into an apparatus small enough to fit in a designated USGS trailer.

By the end of the semester, the students were able to present to USGS a successful test apparatus that uses a streamlined system to collect data and high level research that has the potential to be applied to future projects. The students are hoping the project can bring more awareness to the public as well; for the duration of this summer the testing apparatus will sit in the USGS trailer at the National Mississippi River Museum and Aquarium in Dubuque, Iowa, with its pump submerged in the river, so that the public can actively see it at work.

“Getting to work with the USGS on a project like this was a truly unique and rewarding experience,” said Brunker. “It was gratifying to see that our project would be implemented right away. This opportunity provided us with the experience of being involved with a project that went from the design phase to application. To go into industry with a project like this under my belt will be very helpful as I work on any future projects.”

In addition to the USGS, the students collaborated with the University of Dubuque and the National Mississippi River Museum and Aquarium on this project. For more information about UW-Platteville’s Senior Design program, which pairs UW-Platteville engineering students with industry partners and government agencies to complete a real project that solve vital problems.