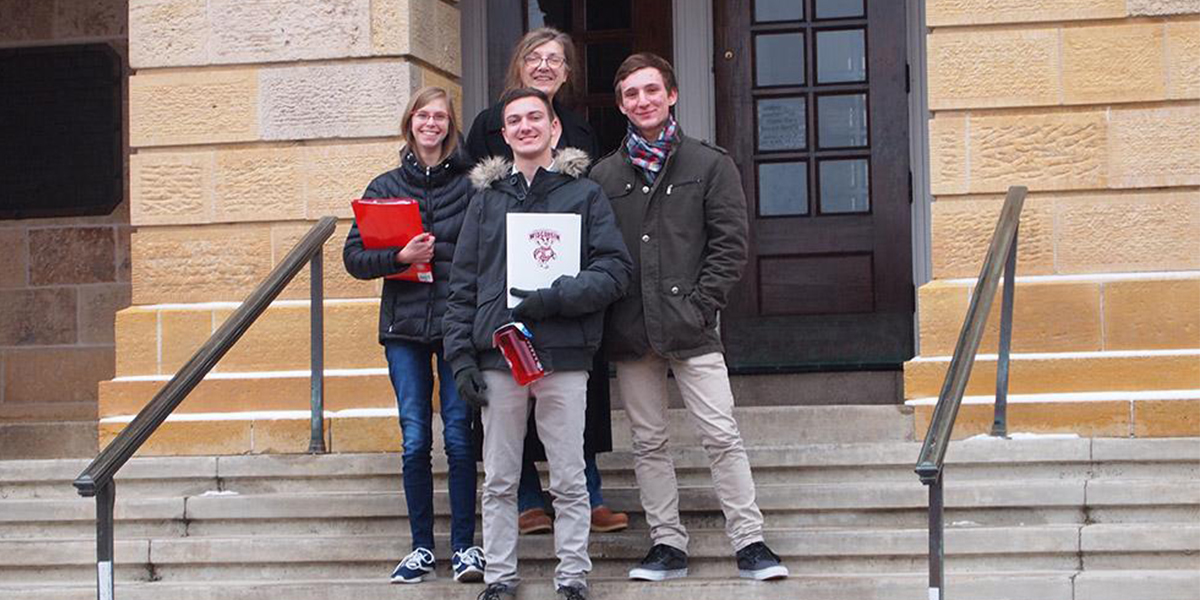 Three University of Wisconsin-Platteville students gained insight into the value of German skills and studies at “The Graduate School Experience in German” held at UW-Madison. The UW-Platteville group, led by Dr. Madelon Köhler-Busch, associate professor of German and director of the German program at UW-Platteville, was one of six groups from universities throughout the state who attended.

At the event, students met and interacted with faculty and graduate students from UW-Madison’s Department of German, Nordic, and Slavic to gain their perspectives on the mechanics of graduate studies in general and how foreign language studies can translate into professional careers in seemingly unrelated fields, such as science and humanities. Students also spoke with former graduates of UW-Madison’s German Program, who shared how their graduate work prepared them for careers in academia and how invaluable their German skills and studies have been in their professional lives.

“I really enjoyed the presentation given by the German, Nordic, and Slavic Graduate School at UW-Madison,” said Andreou Goetsch, a freshman political science and German major from Merrill, Wisconsin. “It opened my eyes to the attainable opportunities available to undergraduate students. The program opens many doors for those wishing to undertake the task. The presentation allowed me to gain further insight into what the program offered and granted me the chance to make meaningful connections with current staff and students. Overall, it was an amazing experience and I would do it again in a heartbeat.”

“My favorite part about the trip to UW-Madison was learning so much about the different possibilities with a graduate degree in German,” added Cody Esposito, a freshman mechanical engineering major and German minor from Kenosha, Wisconsin. “It was especially cool to meet so many new people from other UW System schools and speak German with several natural English speakers. It was a very welcoming experience from the faculty of the German, Nordic and Slavic office of UW-Madison.”