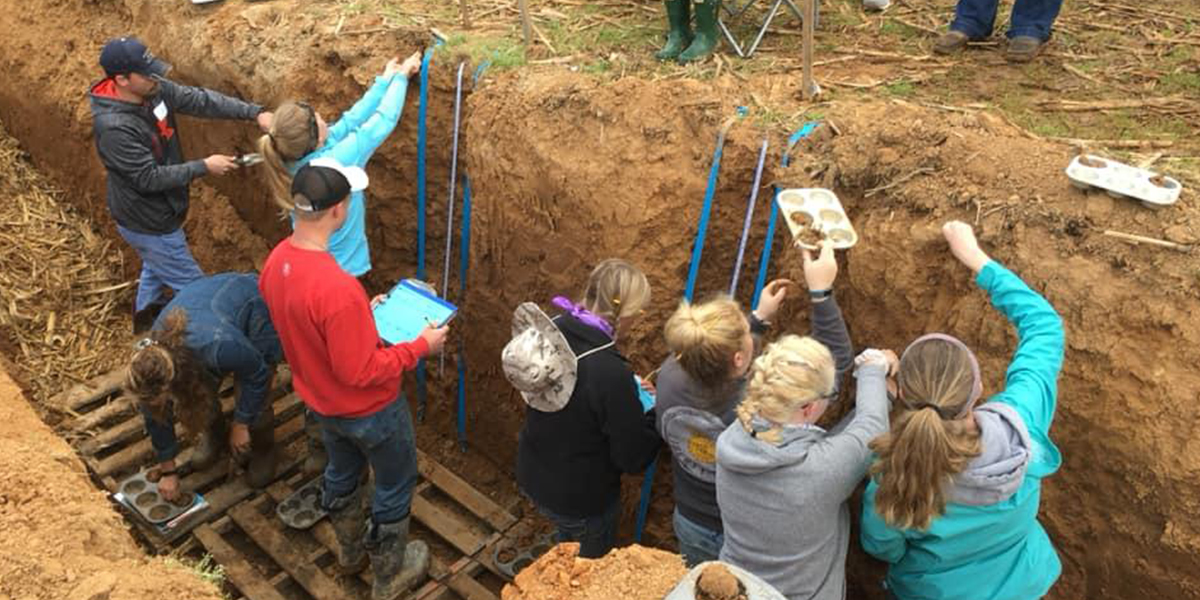 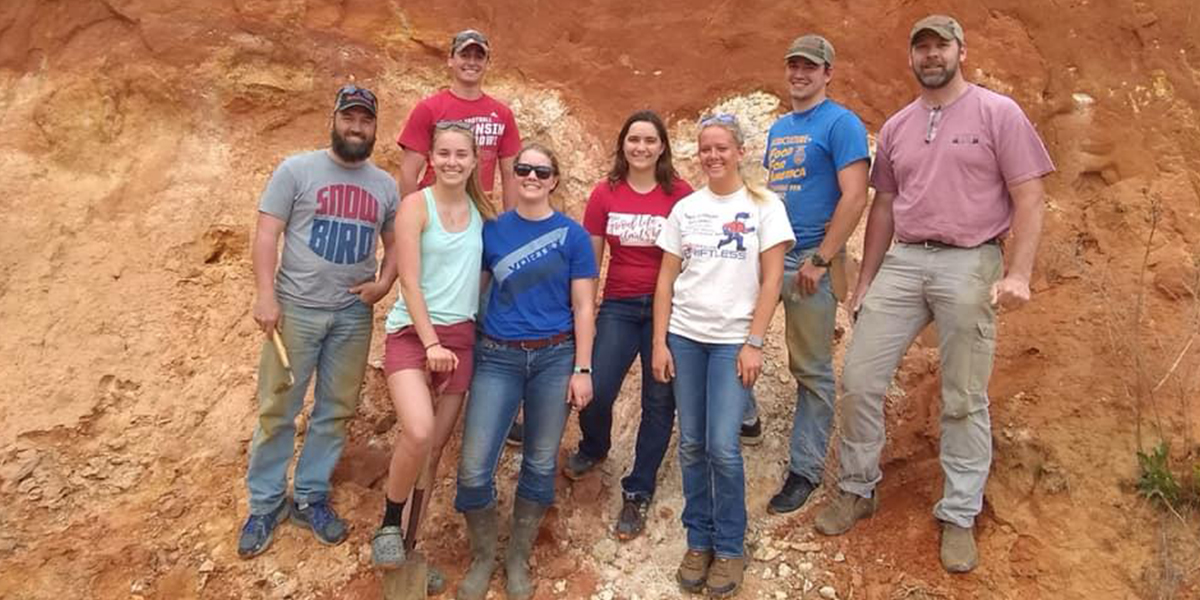 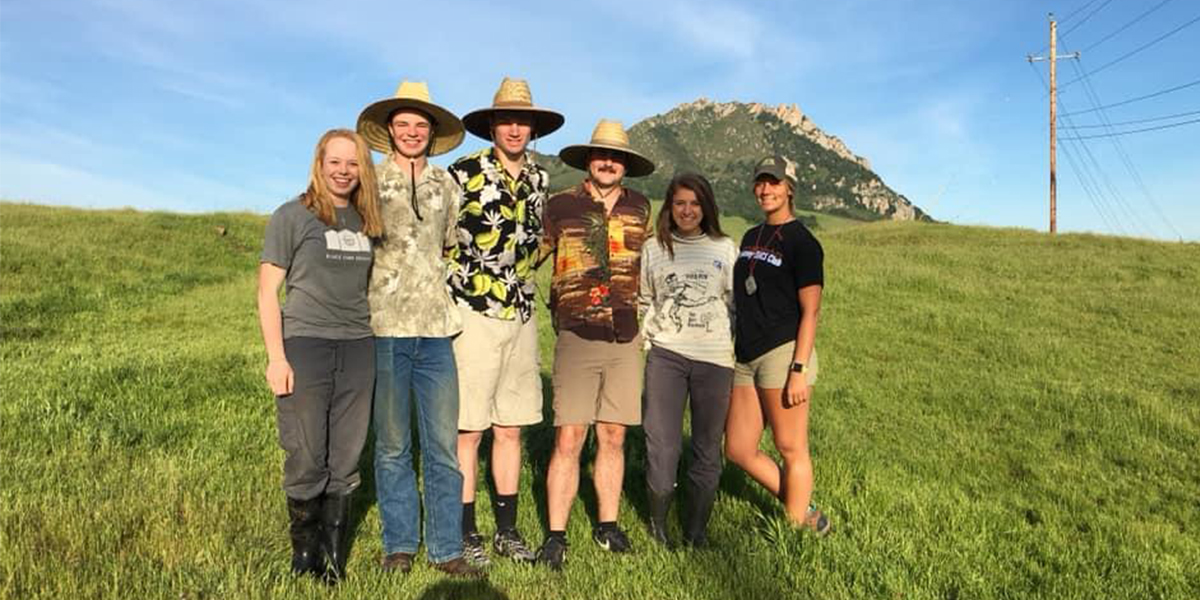 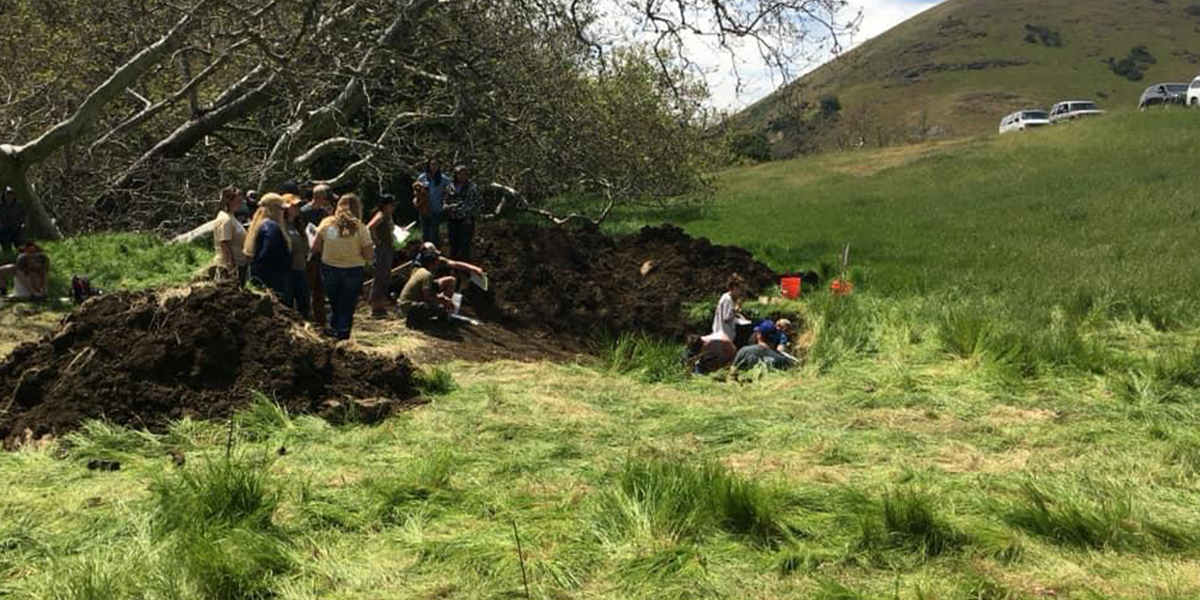 The collegiate soils team at the University of Wisconsin-Platteville recently competed in national contests in Kentucky and California. Both events involve intensive study of soils and landscapes of a region and culminate in competitions, which test the participants’ abilities to describe and classify soils using industry-accepted guidelines.  The contestants also determine limitations of the soil for specific land uses, such as building sites and septic systems, based on specific soil properties. Scoring is based on the agreement between the contestants’ descriptions and those of professional soil scientists serving as contest officials.

From April 14-20, the collegiate soils “A” team competed in the National Collegiate Soils Competition, hosted by California Polytechnic University in San Luis Obispo, California. Participating in the event were Ian Allaman, of Monmouth, Illinois; Paige Behrens, of Huntley, Illinois; Sarah Breuer, of Glen Haven, Wisconsin; Michelle Cliff, of Patch Grove, Wisconsin; Wrangler Jones, of Elroy, Wisconsin; and Andrew Mitzelfelt, of Winthrop Harbor, Illinois. The team placed seventh in the group judging portion of the competition, and 14th overall out of 26 teams participating.

The soils team was supported by funding provided by the Segregated University Fees Allocation Commission; Certified Crop Advisors of Wisconsin; the College of Business, Industry, Life Science and Agriculture; and the many donations made by alumni and friends to the UW-Platteville Foundation - Soils and Crops Teams Endowment Fund.