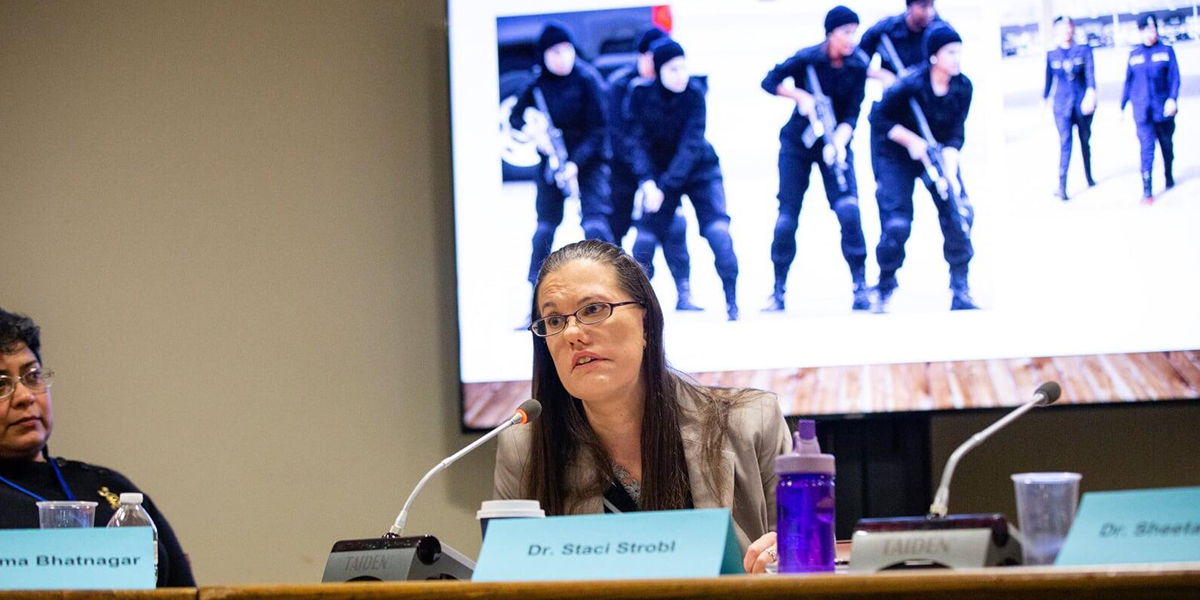 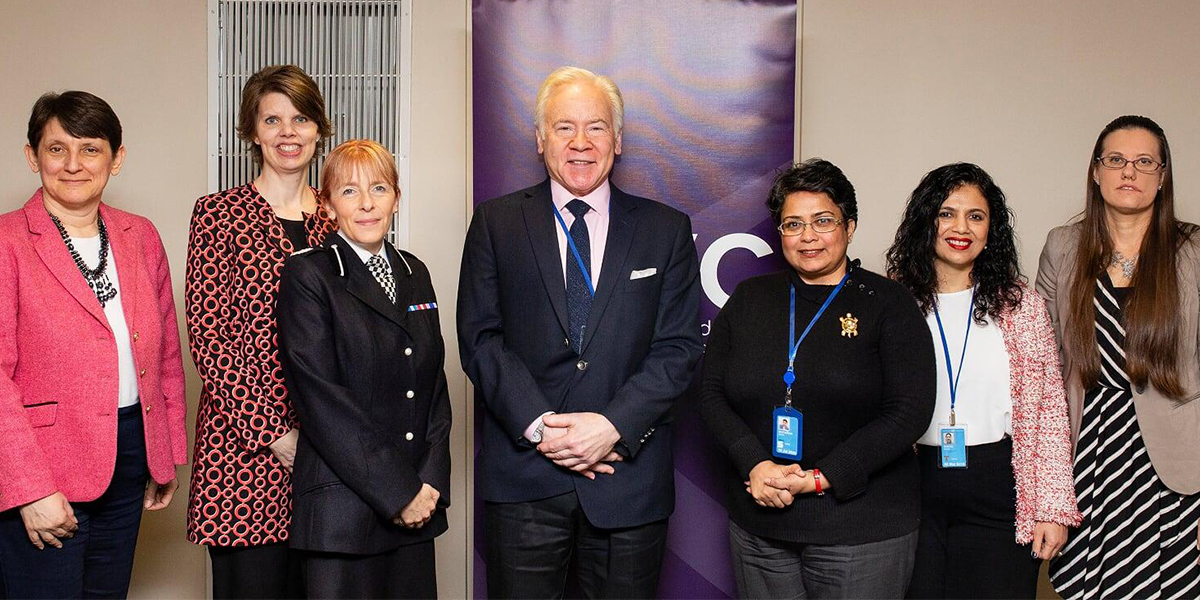 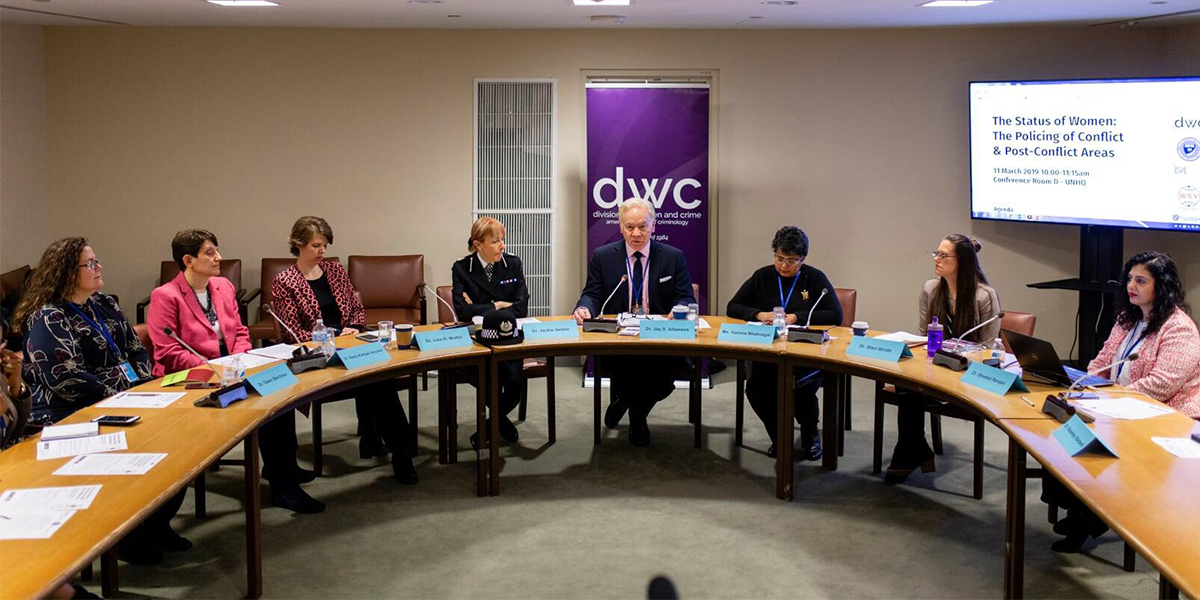 Every year, representatives of member states, United Nations entities and non-governmental organizations meet to disseminate evidence on policies and practices affecting women globally. The 10-day session included a ministerial segment with round tables and other high-level interactive dialogues, a general discussion, as well as interactive and expert panel discussions.

The Division on Women and Crime of the American Society of Criminology, the World Society of Victimology, the International Sociological Association and Criminologists Without Borders partnered with United Nations Police to host a side event as part of the Commission on the Status of Women, titled “The Status of Women: The Policing of Conflict and Post-Conflict Areas.”

During the event, Strobl presented “Women and What Works in Post-Conflict Policing: The Importance of Building Social Representation, Trust, and Legitimacy.” Her main focus was to look broadly at the proportion of police officers who are women in countries around the world and point out how low those rates are when compared to other professions. It also touched on the paradox of female police officers’ deployment. In many countries, they find themselves in gender-specific assignments, centered on policing women and children, that reinforce gender stereotypes, she said. On the other hand, without these female police professionals, important services for women may be absent.

“The global average is that only 9 percent of police are women, according to United Nations data,” said Strobl. “However, we know from studies that female police, on average, bring better communication and de-escalation skills to the job, and also have less civilian and use of force complaints than their male counterparts. They add important social representation of the communities they serve, and tend to build more gender-responsive programs, such as attention to violence against women. Knowing this, it becomes clear that bringing more women into policing is not just right for gender equality, it is right for building better, more community-responsive police agencies in the context of democracies and developing democracies.”

“It was truly an honor to participate in the Commission on the Status of Women and to share ideas with people working on women’s issues around the globe,” said Strobl. “The commitment to gender equality as part of the many United Nations’ Sustainable Development Goals is impressive. I was excited to connect with a vibrant global civil society effort around those goals.”

Other topics for the panel included the role of United Nations police and the role of women in United Nations peace missions; policing radicalization, violent extremism and the importance of having a truly reflective police service; how to build inclusive institutions that are protective of human rights; gender equity, culture and knowledge, etc.

Strobl’s United Nations presentation followed on the heels of the publication of her book last fall, “Sectarian Order in Bahrain: The Social and Colonial Origins of Criminal Justice” (Lexington Books, 2018). The book is the result of extensive archival research and describes the history of the criminal justice system in Bahrain from its indigenous tribal roots, through the British colonial encounter, and into the era of modern policing. Sunni-Shi’a relations are examined through the lens of critical criminal justice with special attention paid to issues of religious, ethnic and gender identity. The book details historic justice and injustice in troubled Bahrain, and points to potential solutions to the long-standing sectarian division.