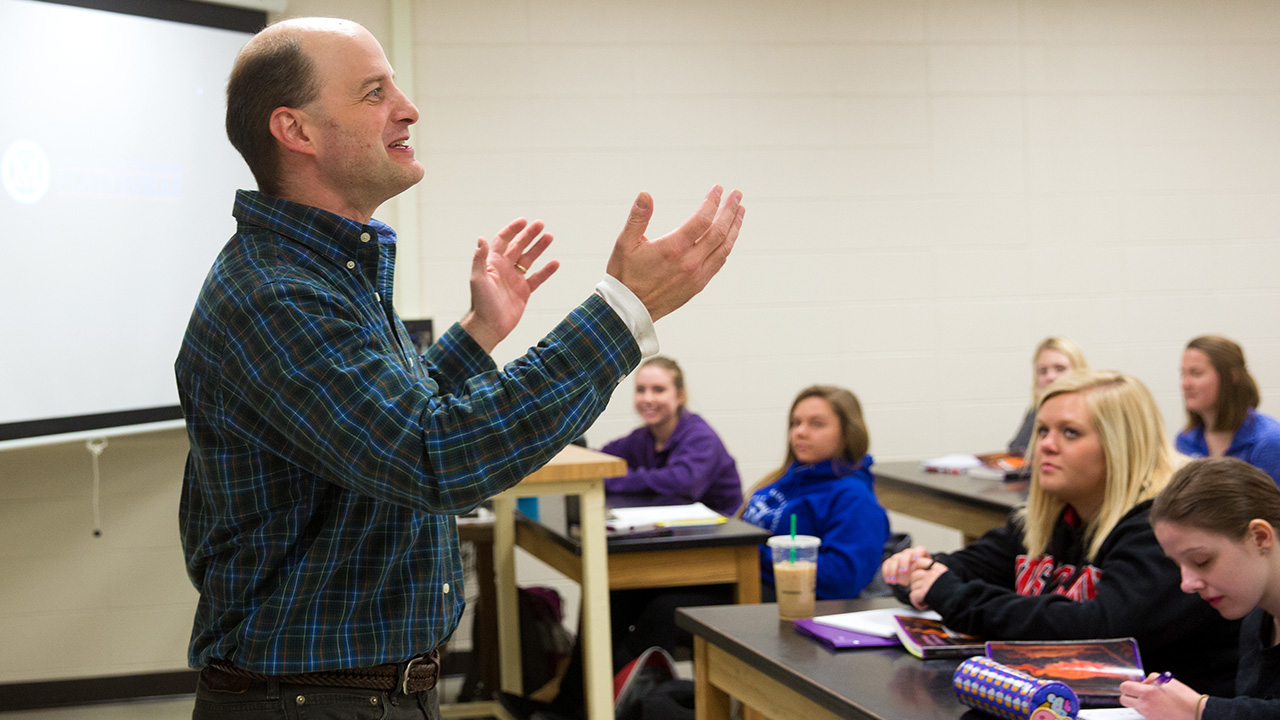 Dr. Chris Schulenburg, professor of Spanish at the University of Wisconsin-Platteville, is one of four recipients across the UW System receiving the 2022 Alliant Energy James R. Underkofler Teaching Excellence Award. The award is funded by an endowment from the Alliant Energy Foundation, Inc. to recognize and reward extraordinary undergraduate teachers at UW System universities within Alliant Energy’s service area.

“The colleagues I know at the university who have received this award are respected people who have been at UW-Platteville for a long time,” said Schulenburg. “It means a lot to be considered amongst those people.”

Schulenburg, who began his tenure at UW-Platteville in 2007, said he’s able to create enthusiasm inside his classroom by relating, knowing and challenging his students. Through these actions, Schulenburg hopes it inspires his students to want to learn Spanish.

“It’s not just a language, it’s a culture,” he explained. “I want to make sure all their professional plans are going to be hinging on the possibility that they can use the Spanish language. I want the students to understand the culture and be confident when speaking the language. To understand how Latin American culture relates to their lives and understand that there are similar problems, possibilities and beliefs that hook us all together.”

As Schulenburg celebrates his 15th year at UW-Platteville, he notes his favorite part of teaching is watching his students grow, develop and embark on their careers. He also acknowledges the connections he has formed throughout the years with faculty within and outside of the UW System.

“The profession allows me to stay current, read, listen to music, go to conferences and meet with other colleagues. It’s always changing; being a professor is fabulous,” he said. “Those links with students are invaluable. The proudest part in my accomplishments are the students. This award means a lot to me, but the students, those relationships and seeing what they have done, where they go, reflecting on their time here and to see their progress – it’s unpredictable and inspiring.”

As Schulenburg prepares for the upcoming school year, he said he’s always adapting his classroom plans.

“I want students to be excited about the class and not know what we are going to do. To use the language, communicate with the language, understand the language and see the trends that happen in the language or the culture,” said Schulenburg. “All I can do is put in everything I have to those classes and hope it becomes an asset to their future.”

Schulenburg will be recognized at the award ceremony in Madison, Wisconsin, on Friday, Oct. 28.