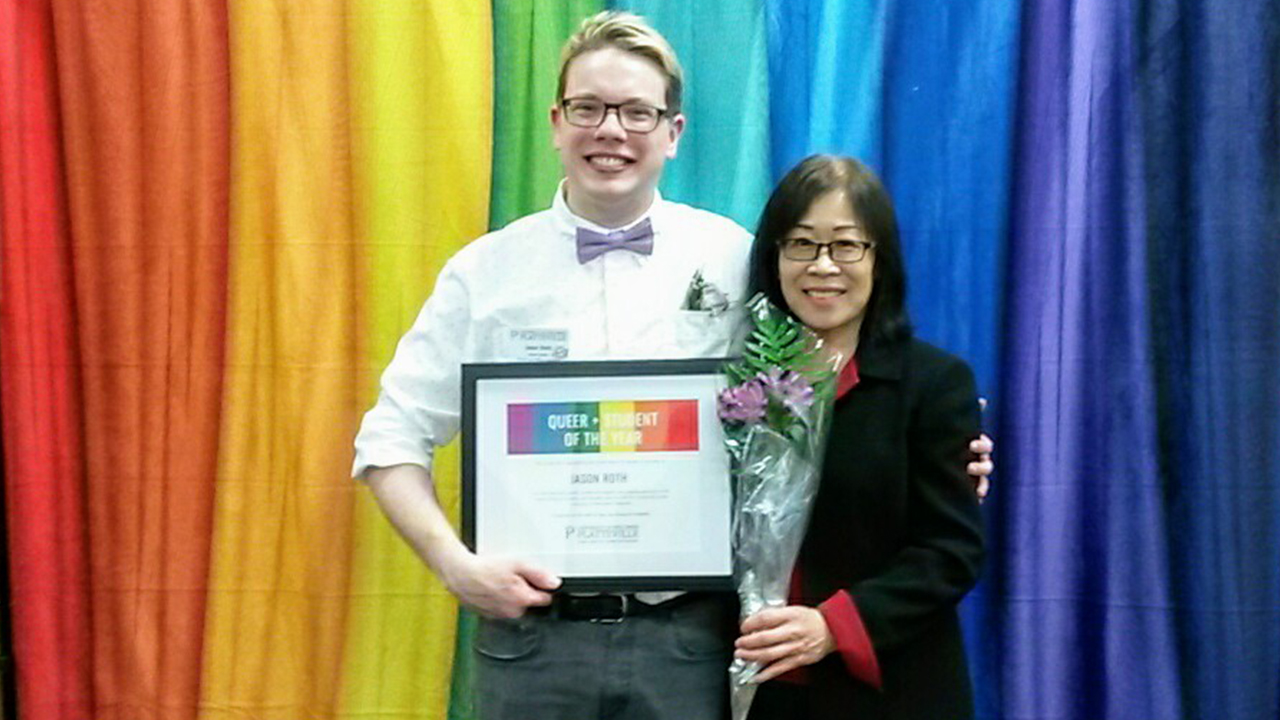 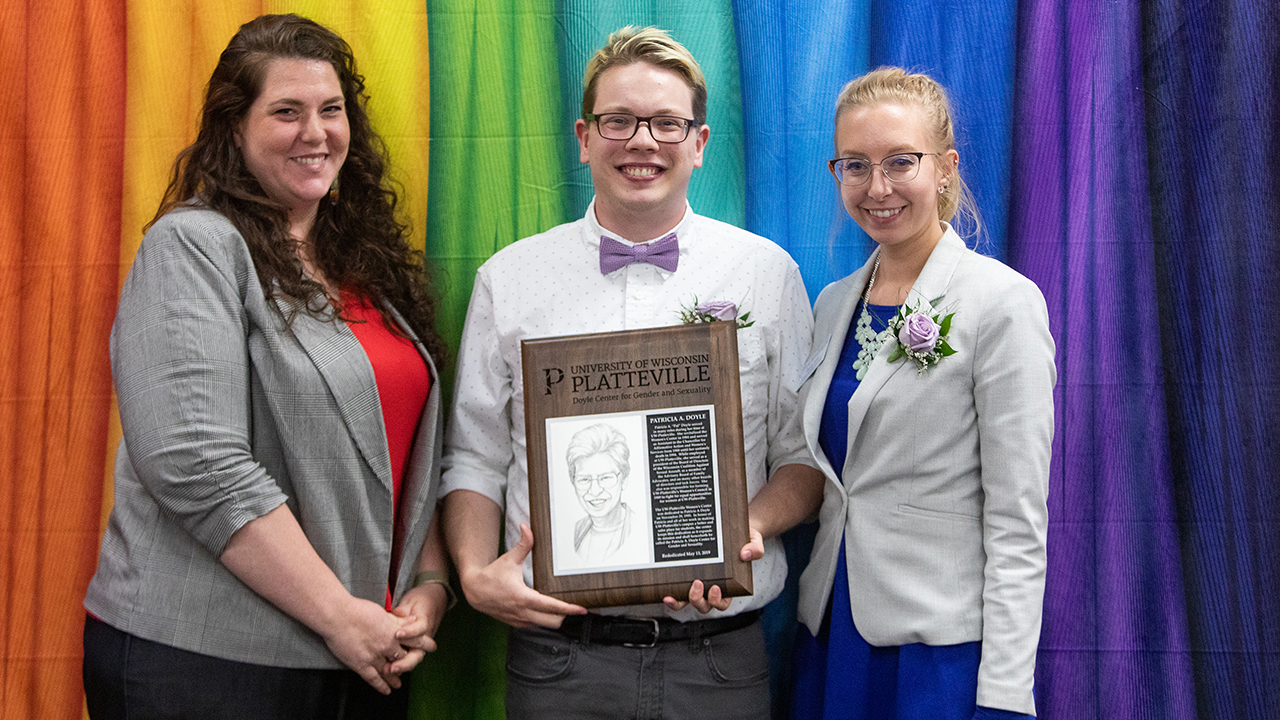 University of Wisconsin-Platteville alumnus Jason Roth, who earned a Bachelor of Arts in women, gender, and sexuality studies this May, recently received the UW System Women’s and Gender Studies Consortium undergraduate research award for a workshop he developed, “Who Gets to Represent Whom? Authentic Membership, Organic Voices, and Allyship.”

Since 2017, the WGSC has awarded selected undergraduate students across a variety of UW System campuses for their best practices in research, community outreach and scholarship in women’s and gender studies. The awardees are typically invited to present a poster or give a 10-minute presentation on their work.

Roth and the other awardees would have been recognized at the April conference “Resistance and Reimagination: Gender, Change, and the Arts,” co-convened by UW-Madison’s 4W Initiative, the WGSC and UW-Madison’s gender and women’s studies graduate students in Madison, Wisconsin, but the conference was cancelled due to the global pandemic COVID-19.

Roth developed a keen interest in the meaning of authentic membership and belonging after he began working with marginalized and underrepresented student groups at UW-Platteville. Driven by the interest, he conducted in-depth research during his senior year, which culminated in the formulation of the “Who Gets to Represent Whom?” workshop. Roth led the workshop at the university’s 2020 Midwest Culturally Inclusive Conference, held in February.

“For me, this project was very personal because of situations I experienced,” said Roth. “It became my goal to create and facilitate a conversation around what it truly means to be a part of a marginalized community. Oftentimes, parts of our identity are not visible to the eye. For example, millions of people live every day with a disability that is not overt, and they need support just as much as a person with a visible disability. From this place of understanding, we must then work to promote a more just world.”

“I am humbled to have received this award as it continues to prove that this is an important conversation we need to be having,” said Roth. “I hope that the work and conversation I began will create a lasting impact, so all people feel welcomed and supported at UW-Platteville and beyond.”

“This award recognizes the awardees for their research, community outreach and scholarship in Women’s and Gender Studies; celebrates their accomplishments; and motivates them to continue with their endeavors to achieve their life or career goals,” said Isbister, who worked closely with Roth as he pursued a major in women, gender, and sexuality studies. “Jason’s research addressed a very important topic on campuses, where solidarity and allyship are essential components of student well-being.”

Gordon, agreed, adding, “I am always impressed with any student who engages in unique research on a project that they are passionate about. Jason doesn't just skim the surface. He wants to know more and is willing to do the hard work of uncovering information through his thoughtful research.”

Gordon worked closely with Roth as he pursued a certificate in gay and lesbian studies. He also taught Roth in several classes, including two directed studies. In summer 2019, Gordon led a directed study with Roth on the art of writing queer biography.

“Jason has been pursuing a project on the life of Patricia Doyle, but documents directly about her have been difficult to find, so I worked with him on how to read archival material and research historical context to reconstruct biographical data,” said Gordon. “This process is helpful for researching queer lives, which are often neglected in formal academic work, and helped him consider ways to uncover Doyle's unique contributions to UW-Platteville because, as a woman striving for gender diversity, she faced similar challenges and, frankly, similar marginalization.”

Roth also expressed gratitude for everyone who helped him along his journey.

“It is through their continued support that I have learned and grown as an individual,” he said. “I graduated this May because they pushed me to be my very best.”

During his tenure at UW-Platteville, Roth worked for the university’s Doyle Center for Gender and Sexuality and the Department of Campus Climate. He also was a member of the Alliance, the university’s LGBTQ+ and ally student organization, and studied representation of marginalized identities, advocacy work for Two-Spirit identities and masculinity studies.