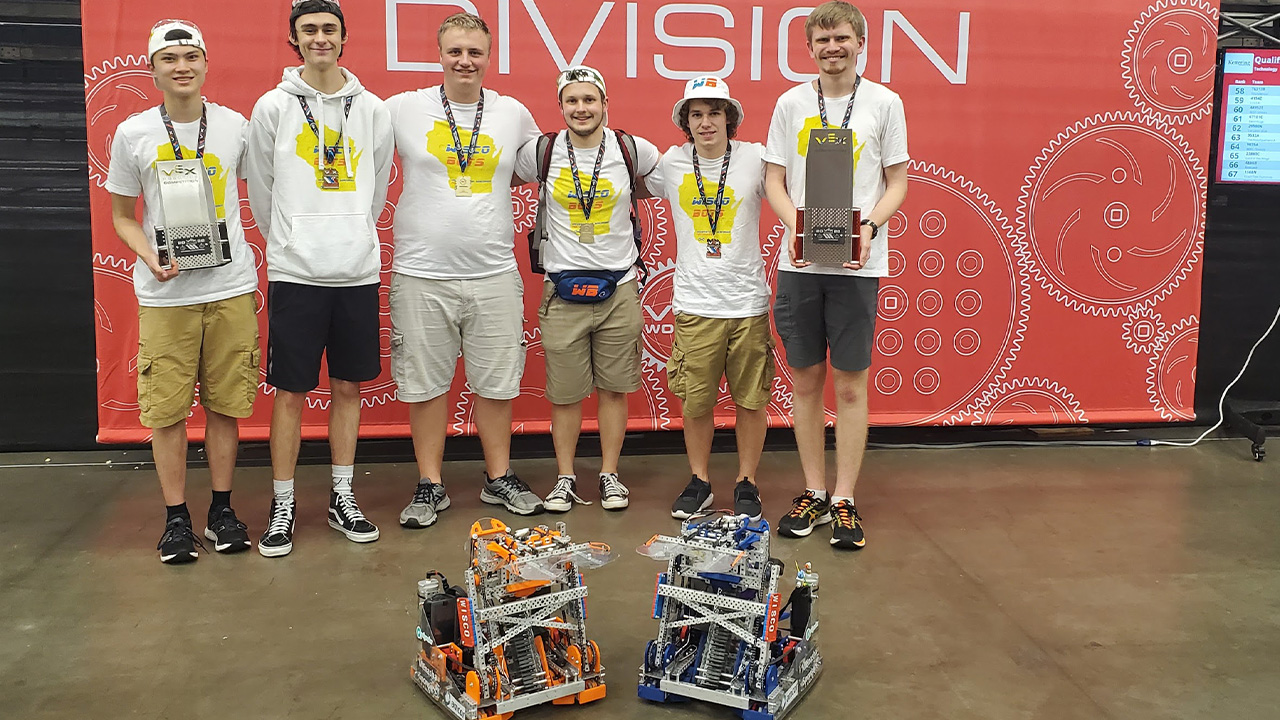 The Robotics Club’s VEX U team at the University of Wisconsin-Platteville traveled to Dallas, Texas, on May 5 to compete in the VEX Robotics World Championship, where they won the VEX U College and University Competition.

The VEX Robotics World Championship celebrates STEM excellence as robotics teams compete in heart-pounding competition matches to showcase their game strategy, design and teamwork skills to be crowned champion. Every year, colleges construct two different robots, using custom parts and components. Colleges compete against other college teams in head-to-head matches on a 12-by-12-foot field. Matches start with an autonomous routine, where robots run off of pre-programmed instruction, followed by a driver-controlled period. At the end of the match, the field is scored, and a winner is determined for the match.

“I have dreamed of this moment since I started robotics in middle school,” said Jimmy McGovern, a sophomore mechanical engineering major and UW-Platteville’s VEX U team lead. “It feels beyond amazing to have actually won.”

According to its website, the VEX U College and University Competition has more than 300 teams competing annually. Based on the VEX Robotics Competition, VEX U teams are allowed more customization and greater flexibility than other grade levels while providing the effective costs and real-world limitations of a restricted development environment.