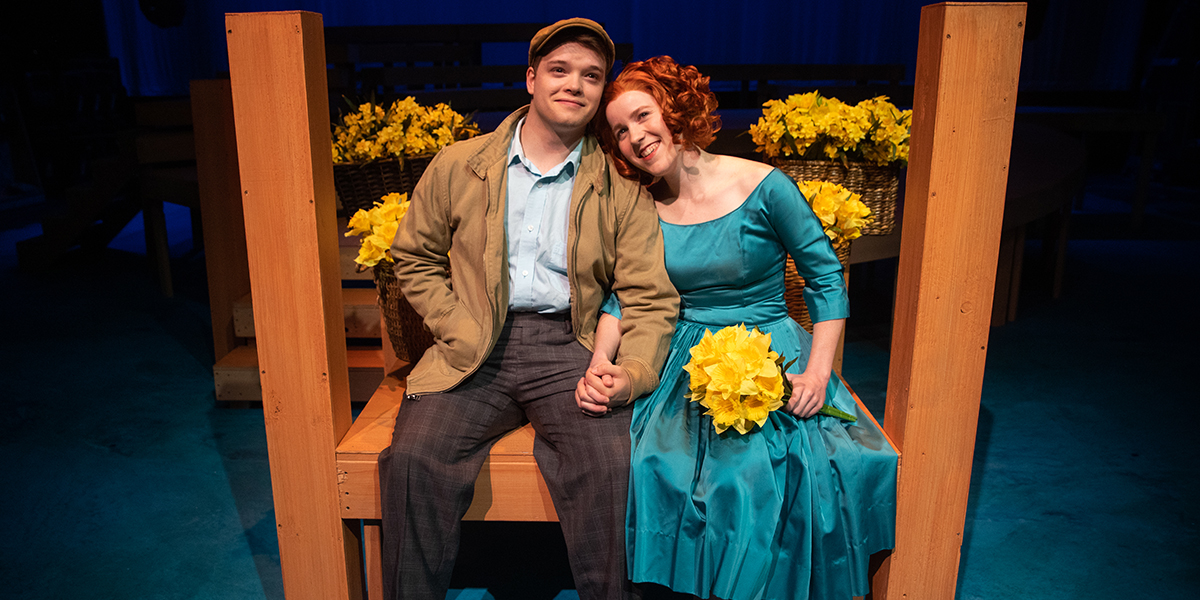 The University of Wisconsin-Platteville’s Department of Performing and Visuals Arts and the Platteville Summer Arts Festival will present the musical “Big Fish.”

Based on the novel by Daniel Wallace and the critically-acclaimed 2003 film directed by Tim Burton, this musical has a book by John August and music and lyrics by Andrew Lippa. The production runs July 26 and 27 and Aug. 2 and 3 at 7:30 p.m. and July 28 and Aug. 4 at 2 p.m. in the university’s Center for the Arts Theatre.

“Big Fish” tells the story of Edward Bloom, a traveling salesman who lives life to its fullest. Edward’s incredible, larger-than-life stories thrill everyone around him – except his son Will, who, about to have a child of his own, is determined to find the truth behind his father’s epic tales before it’s too late.

“If you are a fan of the movie, the musical will not disappoint,” said Ann Dillon Farrelly, associate professor of theatre at UW-Platteville and director of the production. “If you have never seen the movie, you will also be both entertained and moved by this poignant story of love, loss and forgiveness.”

The cast is a blend of UW-Platteville students, faculty, staff and alumni and members of the Platteville and surrounding communities. The cast includes Ian Brooks Duff as Edward Bloom, Amanda Zasada as Sandra Bloom, Logan Eigenberger as Will Bloom, Tyler Tollefson as Dr. Bennett/Amos Calloway, Hilary Baker as The Witch/Alabama Lamb, Beth Wallace as Josephine Bloom, Kiley Schulz as Jenny Hill, Michael S. Black as Karl, Cameron Tieman as Don Price, Emma Wagner as Zacky Prince, Lizzy Wagner as a Witch/Alabama Lamb, Isabelle Sander as the Mermaid and Michael E. Black as young Will Bloom.

Most of the cast also serves as the ensemble for the show.

“This version of ‘Big Fish’ is a small-cast edition, so we have 13 talented actors taking on several roles throughout,” said Farrelly. “The smaller size makes the show more intimate and personal, which makes Edward’s journey that much more emotional. It’s both joyful and heartbreaking, and it is one of the most beautiful shows of which I have ever been a part.”

As a part of the Platteville Summer Arts Festival’s educational mission, Eigenberger and Tieman have also been visiting local libraries for free special programming related to the musical. They read to children from the novel, teach them one of the show’s dances, and supervise the children as they color pictures of fish that will be displayed in the Center for the Arts Lobby. Library visits are in Livingston, Cobb, Soldiers Grove, Richland Center and Fennimore.

“It is so important that we teach the value of the arts and arts education, and the library visit program is a great way for us to give back to the community,” said Farrelly.