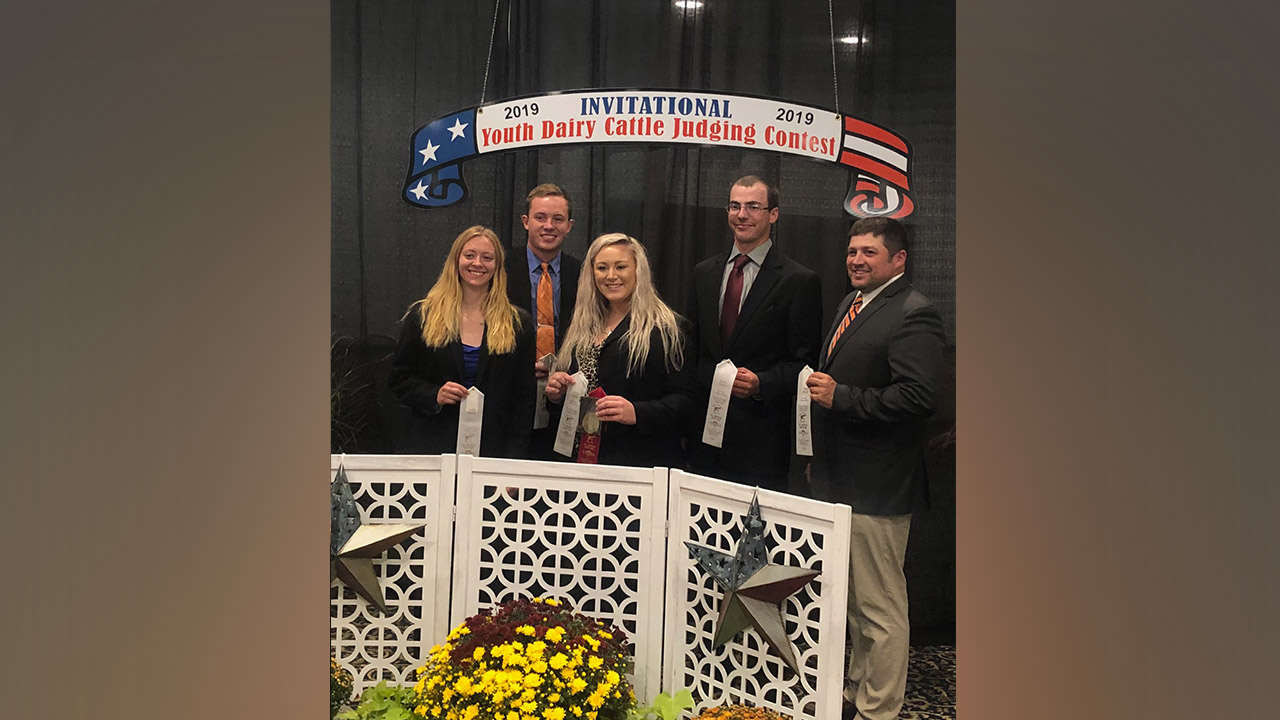 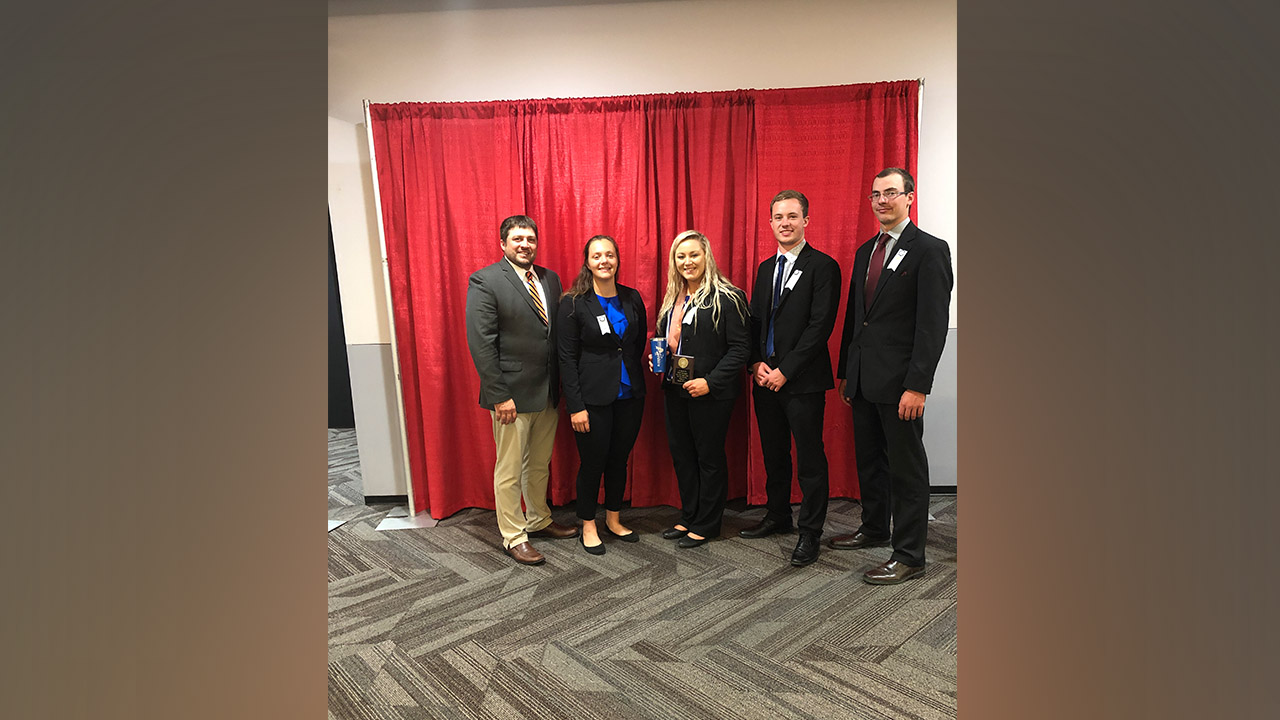 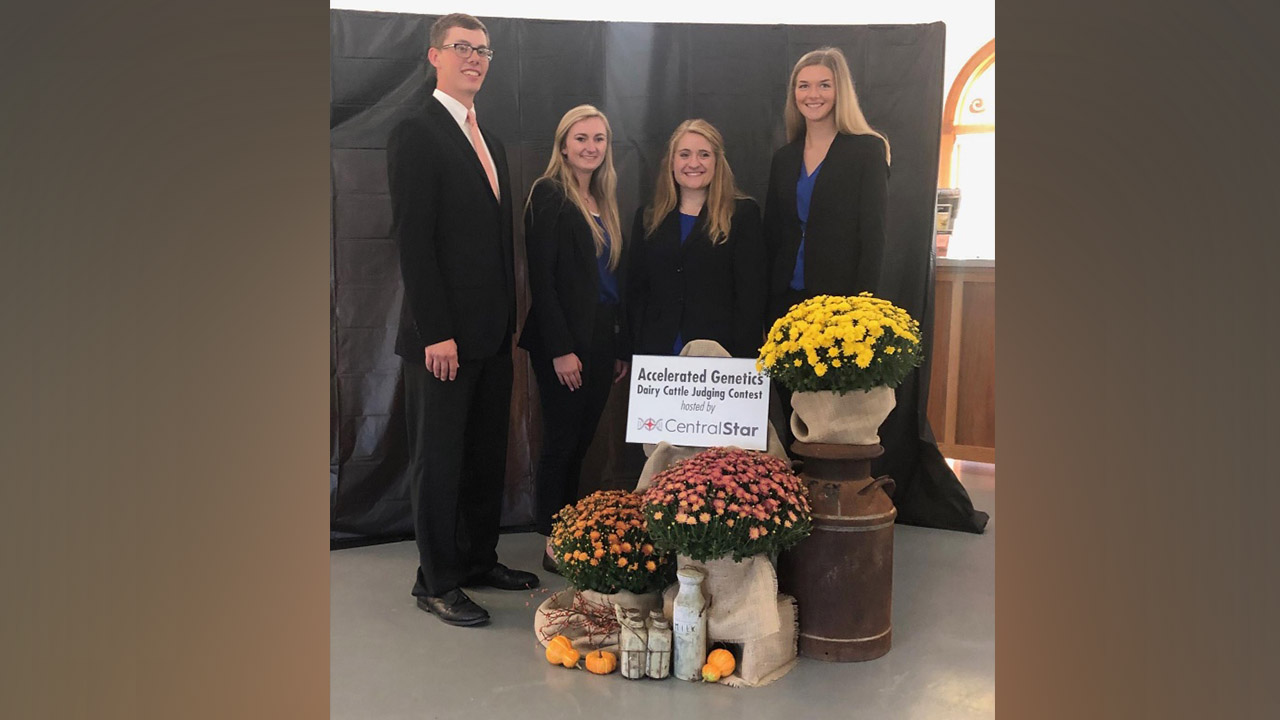 The first contest was the CentralStar competition held in Viroqua, Wisconsin on Sept. 15. The team, comprised of mostly sophomores in the School of Agriculture, finished fifth overall out of 15 teams. The team members were Emma Buss, Maddy Gwidt, Brianna Miesen and Zach Tolzman. The team placed second in the Guernsey breed, fourth in Holstein and fourth in Milking Shorthorn. Buss placed second in Guernsey, fifth in Milking Shorthorn, and was the fifth highest contender in the contest. Miesen placed third in Guernsey and Gwidt placed eighth overall in reasons.

Two juniors and two seniors traveled to the All-American Contest held in Harrisburg, Pennsylvania on Sept. 16. They included Avery Koltarczyk, Charlie Elliott, Otis Johnson and Hannah Weiman. The team finished third of 18 teams, competing with students from schools such as Penn State, Iowa State and UW-Madison. The team was fifth in Ayrshire, third in Brown Swiss, third in Guernsey, and fourth in Holstein. Koltarczyk placed second highest in her categories and Weiman placed fourth in Holstein.

“It’s exciting. A contest like that has about 20 schools with 70-80 students in the contest, so to have a student finish in second is a pretty big deal,” said Dairy Enterprise Manager and coach of the Dairy Judging Team Cory Weigel.

“I was not expecting to do as well as I did individually,” said Koltarczyk. “I am really proud of how well our team did. Doing well in a contest like that shows how hard the team has worked to prepare.”

Both teams competed in dairy cow judging of six breeds: Holstein, Guernsey, Brown Swiss, Jersey, Milking Shorthorn and Ayrshire. Each student places the cows in order of best appearance. Once a student has determined their order, they are required to memorize their reasons for placing the cows in the order they picked. Then, they have to give their reasons to a judge. If the judge agrees with the set of reasons given by the student, the student and team are then awarded points for that category. A team can score a max total of 750 points.

The students’ success continued at the World Dairy Expo in Madison, Wisconsin, on Sept. 30. The team placed 10th out of 18, finishing third in Red and White Holsteins. The team consisted of  Koltarczyk, Elliott and Johnson again, along with Brianna Hall. Koltarczyk finished first in the Ayrshire breed and was placed eighth overall. She was named All-American for placing in the top 25 of the contest.

The trip was funded by the UW-Platteville school of Agriculture Foundation. This educational opportunity to students was provided by the generous support from the Glenn Webb Education/GROWMARK Foundation.