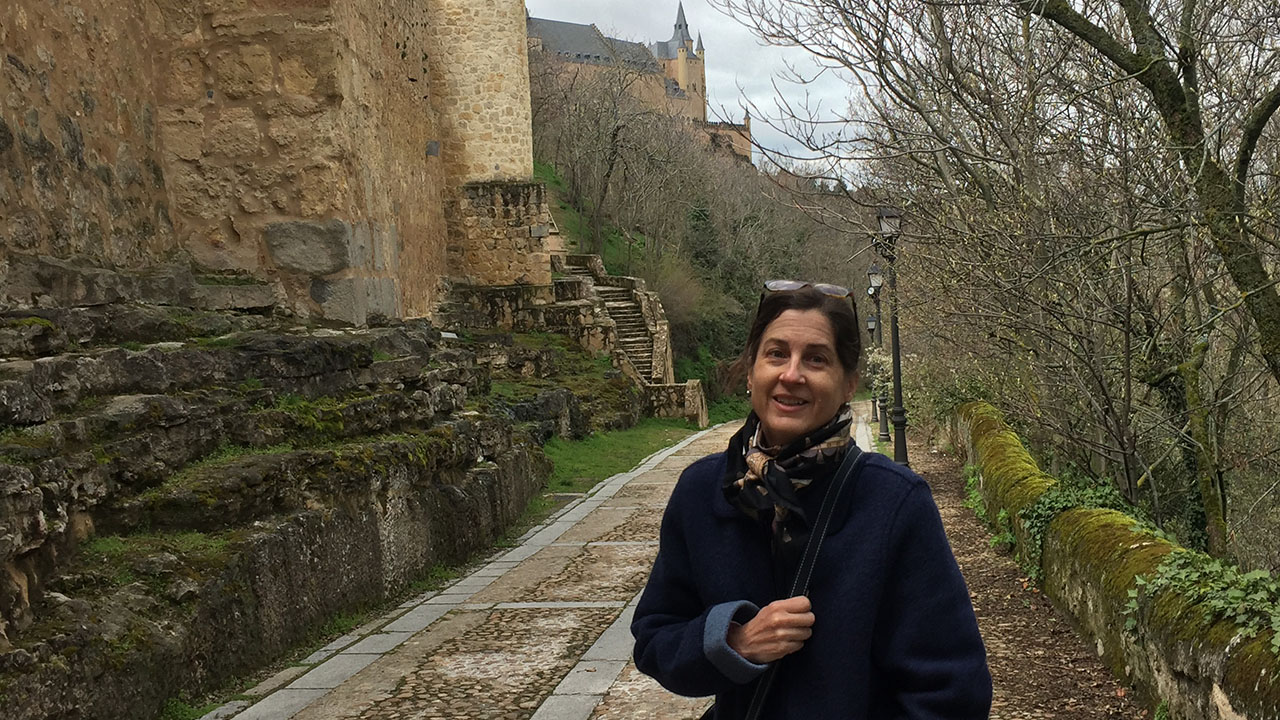 “I love the energy of my students. I enjoy sharing with them the excitement of learning a new language and exploring new cultures.” – Dr. Alyssa Holan, assistant professor of Spanish, UW-Platteville

Dr. Alyssa Holan, assistant professor of Spanish at the University of Wisconsin-Platteville, has taught Spanish language courses and Peninsular literature and culture courses at the university since fall 2018.

Originally from the southwest side of Chicago, Illinois, Holan completed her undergraduate studies at Knox College in Galesburg, Illinois, then earned a master’s degree at Loyola University in Chicago and a Ph.D. at Michigan State University in East Lansing.

Prior to working at UW-Platteville, Holan taught at various universities in the United States, most recently at Gonzaga University in Washington. She also spent a significant number of years living in Seville, Spain, and while there, she taught Spanish literature and culture classes to American students studying abroad.

When she is not teaching, Holan enjoys travelling, taking long walks and spending time with her family.

What initially drew you to the field of teaching Spanish?

I always knew that I wanted to teach. My love of Spanish began in high school with Señora Gainer. She was tough – “¡solo se habla español aquí!” – but a great teacher. As a university student, my junior year studying at the Universidad Autónoma de Barcelona in Catalonia, Spain, solidified my passion for Spanish.

Why is the study of Spanish important for a liberal education? How do your courses help students become broader in perspective and more inclusive in their thoughts, words and deeds?

The study of other languages, in general, is key to a liberal education. Knowing more than one language magnifies our ability to effectively communicate, think critically and creatively, and problem-solve. Second languages empower us to be more globally aware, sensitive and responsible.

The study of Spanish goes hand-in-hand with the study of many cultures. In this sense, studying Spanish gives students access to many other ways of interpreting life. Students are able to make connections between their own experiences and those of other people who, perhaps initially, seem quite different than them.

Can you explain your Peninsular literature and culture courses?

My Spanish cultures course explores the diversity of Spain and how Spain has evolved into the country it is today. Who would have guessed that after 36 years of dictatorship, Spain would become one of the first European countries to grant equal marriage and adoption rights to same-sex couples? The class underscores how many of Spain’s contemporary issues (language politics, access to education, immigration policy, etc.) are issues that are currently being debated in the United States, as well as other parts of the world. Since my arrival to UW-Platteville, I have taught a literature course on Spanish women writers, and I am currently teaching a course on monsters and madness in post-civil war literature.

What do you hope students take away from your classes?

What impresses you most about your students?

In “Battle Hymn of the Tiger Mother,” Amy Chu says: “Do you know what a foreign accent is? It is a sign of bravery.”

I am impressed by my students’ willingness to be vulnerable in class, to risk feeling a bit uncomfortable by speaking a language that is not their own, or by exploring perspectives that may not coincide with their own points of view and experiences. Such courage holds the potential to build bridges of mutual understanding between cultures.