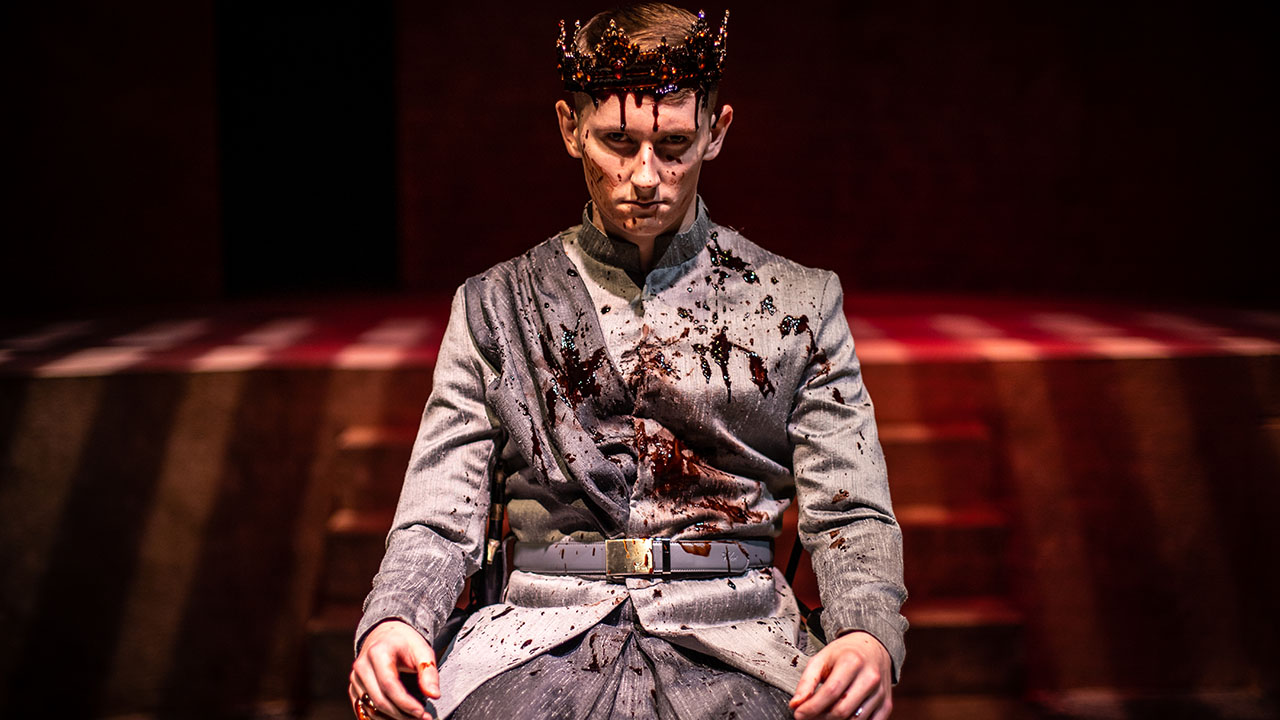 The University of Wisconsin-Platteville's Department of Performing and Visual Arts-Theatre and Pioneer Players will present William Shakespeare’s classic tragedy, “Macbeth.”  Performances are Nov. 16 at 11 a.m., Nov. 16-19 at 7:30 p.m. and Nov. 20 at 2 p.m.  All performances are in the Center for the Arts Theatre. The Nov. 16 performance at 7:30 p.m. is also the Benefit Wednesday performance.  All tickets for Benefit Wednesday are $7, and the proceeds go to the Platteville Food Pantry and Pioneer Provisions, a free pantry/grocery service on campus which all currently enrolled students experiencing food insecurity are eligible to utilize.

First performed around 1606, this later work of Shakespeare is set in Scotland and follows the exploits of Macbeth, a celebrated general who is enticed by the prophecy of three witches to believe he shall be king. With the help and urging of his wife, he sets in motion a series of events that lead to a bloody end for many of the characters in the play. This tragedy explores the dangers of political violence, power, unbridled ambition and corruption. According to Ann Dillon Farrelly, professor of theatre and the play’s director, “We are back with another Shakespeare play, and this one feels very relevant in our current world of political turmoil and violence. Macbeth is clearly a cautionary tale about the quest for power and the use of violence as a means to a political end. It is also about how quickly this bloody ambition can dehumanize the person bringing the violence as they, in turn, dehumanize those they see as enemies or impediments to their desires.”

“‘Macbeth’ is Shakespeare’s shortest tragedy, but I have adapted the play to be performed in about 100 minutes without an intermission. I have also added more women into the world.” said Farrelly. “It felt important to me to allow the audience to experience the relentlessness of the play without a break. From the moment Macbeth decides to murder Queen Duncan, the die is cast. The bloodshed will infect everything and everyone around it. And, in the case of this interpretation, it will literally become a stain on everything. Unlike some Shakespeare plays, it won’t necessarily be a long evening, but it will be a bloody one.”

Plans are subject to change based on health and safety measures that may be in place at the time of the event. Tickets for the production are $15 for general admission and $7 for students (price includes $2 box office transaction fee). For tickets, contact the University Box Office at 608-342-1298 or buy them online at tickets.uwplatt.edu.