Pioneer Players present a Doctor Faustus for the 21st century 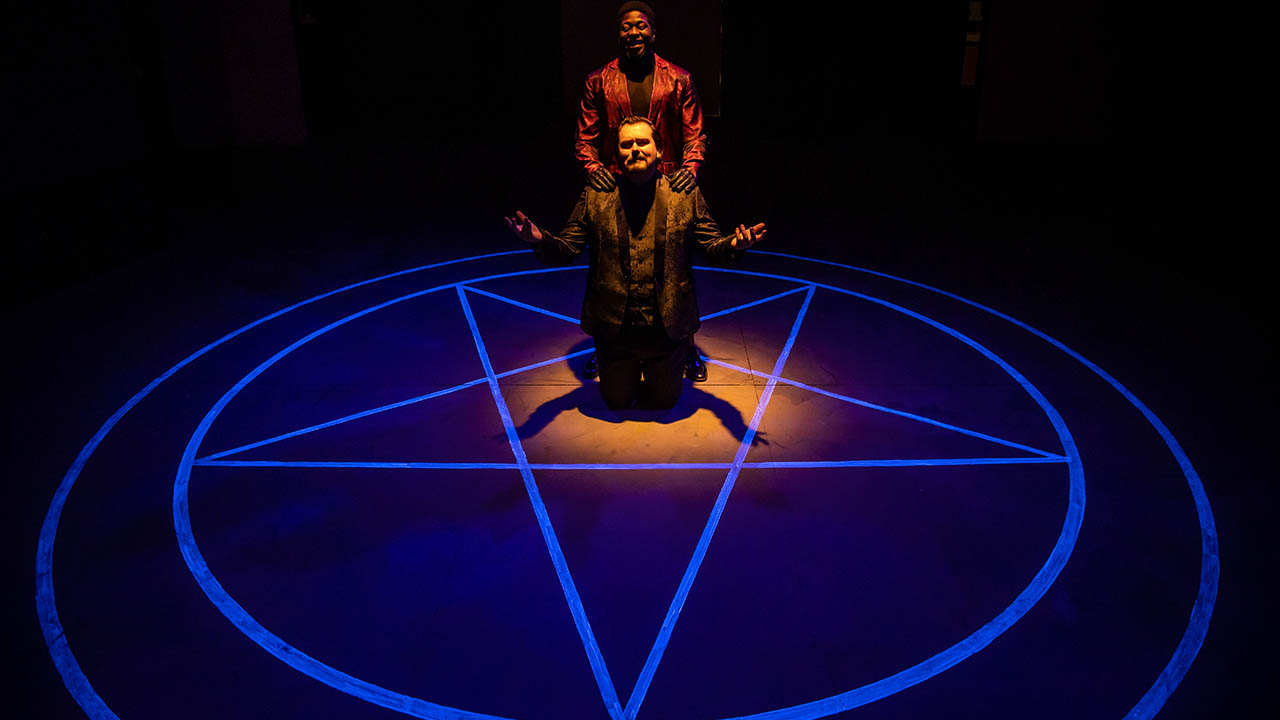 UW-Platteville’s Department of Performing and Visual Arts-Theatre and Pioneer Players will present Christopher Marlowe’s classic tale of a man who sells his soul to the devil, “Doctor Faustus.”  Performances are Dec. 1 at 11 a.m., Dec. 1-4 at 7:30 p.m. and Dec. 5 at 2 p.m.  All performances are in the Center for the Arts Theatre. The Dec. 1 performance at 7:30 p.m. is also the Benefit Wednesday performance.  All tickets for Benefit Wednesday are $7, and the proceeds go to the Platteville Food Pantry and Family Advocates, an organization that provides prevention and intervention services to victims and survivors of domestic, sexual, child and elder abuse in Grant, Iowa and Lafayette Counties.

First performed around 1592, this Renaissance play about a German scholar who summons the devil in order to have ultimate power and perform dark magic has spawned countless adaptations in literature and in popular culture. According to Ann Dillon Farrelly, professor of theatre and the play’s director, “While the play text by Marlowe may not be as well-known to some audiences as the many Shakespeare plays of the same era, the story of Faustus is quite familiar. There have been many versions of the tale, from Johann Wolfgang von Goethe’s 1790 adaptation to an episode of “The Simpsons” in which Homer sells his soul for a donut.  The myth of Faustus, and Marlowe’s play, is where it all began.”

As for how to make the play fresh for a 21st-century audience, Farrelly said “We have streamlined the story and given it a contemporary context. We thought about how to make Faustus’s quest for ultimate knowledge and power relevant for today, and I think we’ve dialed into a contemporary version of Faustus that retains the same spirit of a bored and entitled man who thinks only of himself and also believes he is immune to consequences.”

“Doctor Faustus is labelled a tragedy, but I’ve never seen it that way. And I’m not all that convinced Marlowe did either. The tragedy of the play is that someone like Faustus exists at all. I think the play works much better as a satire of privilege and entitlement” said Farrelly. “Just because you can have everything doesn’t mean you should. It’s about what we owe to each other.”

Face coverings are required in all university buildings. Plans are subject to change based on health and safety measures that may be in place at the time of the event. The fully-vaccinated cast members will be performing without masks. Tickets for the production are $15 for general admission and $7 for students (price includes $2 box office transaction fee). For tickets, contact the University Box Office at 608-342-1298 or buy them online at tickets.uwplatt.edu.