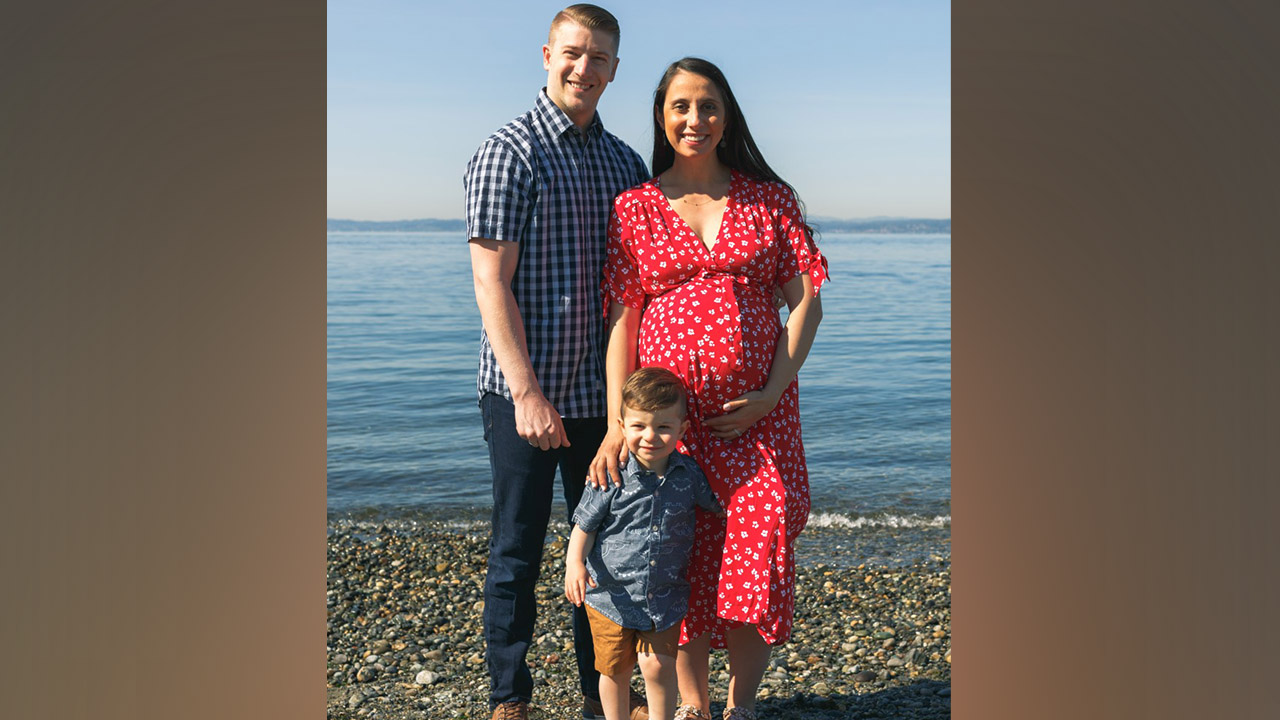 It's fair to say Scott Upton's head has always been in the clouds – or rather – above them. A passion for aerospace was sparked as a youth and has driven his career and educational journey. Upton received a degree in aerospace engineering from the University of Minnesota before earning a Master of Science in Project Management degree from the University of Wisconsin-Platteville. He currently works for Blue Origin, a company Upton said is "paving the road to space."

"The intent of Blue Origin is to facilitate millions of people living and working in space for the benefit of Earth," Upton said. "We're building reusable rockets and launch/re-entry vehicles that will inspire current and future generations to put their businesses in space for the good of the Earth."

Upton's drive to reach for the stars may have been predestined. His father, Richard Upton, was a longtime middle school science teacher in Platteville. It wasn't until later in his life that Scott Upton learned his father was one of a handful of educators under consideration to be the first teacher to go to space on the Space Shuttle Challenger. Despite several rounds of interviews, Richard Upton was ultimately not selected for the mission.

On January 28, 1986, the Space Shuttle Challenger and its crew made history, but tragically not in the way they intended. Shortly after liftoff, a seal in the shuttle's solid-fuel rocket booster, designed to prevent leaks from the fuel tank, weakened in the frigid temperatures and failed, and hot gas began pouring through the leak. Just 73 seconds into its ascent, the Space Shuttle Challenger exploded. The tragedy killed all seven crew members, including teacher Christa McAuliffe.

"I was born in 1987, so I literally wouldn't be alive had my dad actually made it through all the way and been selected to be that astronaut," Upton said.

After spending the first five years of his professional career as a systems engineer, Upton made a shift to quality engineering in hopes of preventing future tragedies before they happen.

"My thought is, if we're going to be doing incredible things in space and designing vehicles that are going to have people on them, then they need to be of the highest, safest quality possible," Upton said.

Earlier this year, Upton joined Blue Origin as a senior software quality engineer. It's his job to ensure that any product built by the company or a supplier meets the highest quality and standards. That work has him playing a role in launching two major rocket programs, New Shepard and New Glenn.

New Shepard is a reusable suborbital rocket system designed to take astronauts and research payloads past the Kármán line – the internationally recognized boundary of space. He recently played a role in the New Shepard's 15th successful mission test. On July 20, the rocket will make its first human flight.  Meanwhile, New Glenn is an enormous orbital rocket capable of carrying people, payloads, or satellites to Earth's orbit and beyond.

Upton said his career would not have reached these heights without his master's degree from UW-Platteville. Following his undergrad, Upton took a job as a systems engineer at AVISTA Inc., an engineering company located in Platteville that works in the aerospace, defense, and medical fields. Upton said he's always had a passion for education and was quick to take advantage of the company's tuition reimbursement program.

"I applied for the UW-Platteville Project Management master's program because I thought it would give me a nice well-rounded education between engineering and management," Upton said. "I had researched the program, and the people delivering the program at UW-Platteville were high-quality. I didn't feel like I needed to go anywhere else."

Upton also credits the flexibility the online program provided, allowing him to do his studies when it was convenient for him. It took him roughly three years to earn his online master's degree. He says the skills he's learned have not only helped him achieve some lofty career goals, but thrive in those roles as well.

"There are skills that I apply every single day – not as a program manager or project manager, but as a regular engineer," Upton said. "It makes me more efficient doing my own job, as well as working with everyone else on the project, because I have that master's degree knowledge, even though it might not necessarily be my central role."

Upton currently lives in Seattle, Washington with his wife and two children. His next goal is to move into a managerial role with Blue Origin.