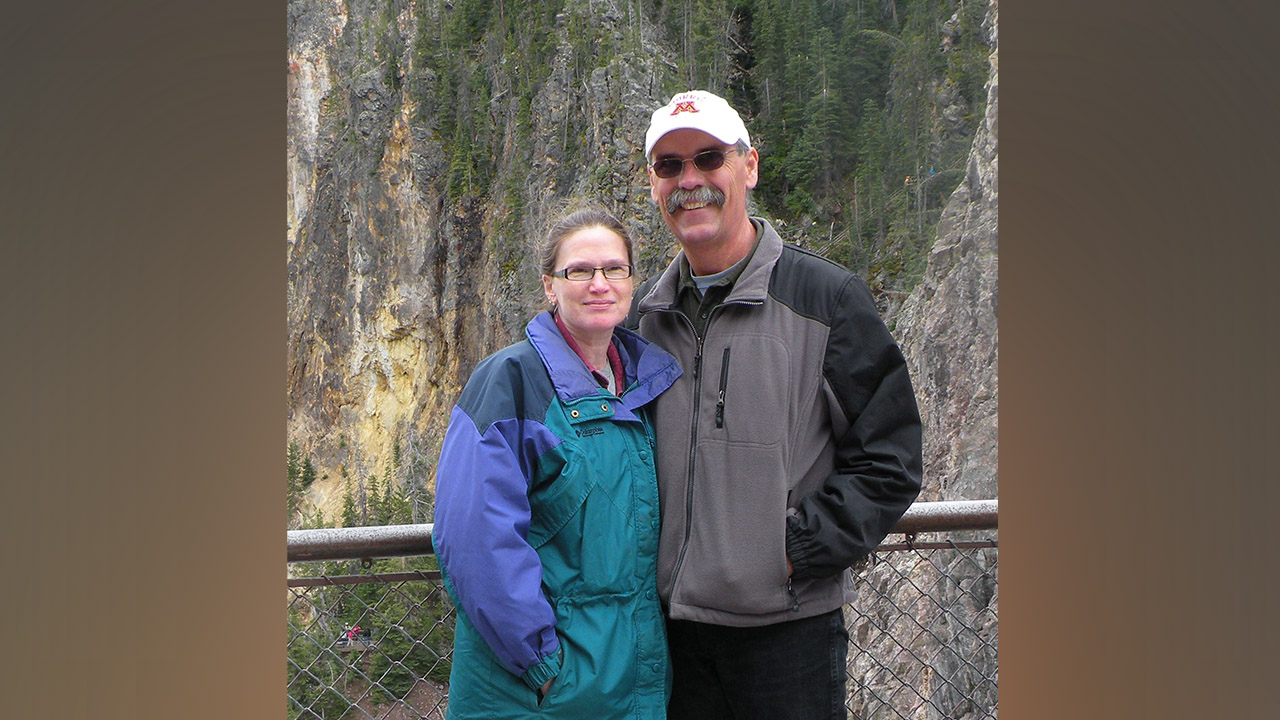 The message to never give up is one that University of Wisconsin-Platteville alumnus Greg Loek ’80 and his wife Kathy Rice share through their endowed Loek-Rice-Titus Family Engineering, Mathematics, and Science Scholarship. The renewable four-year scholarship is targeted to UW-Platteville students from Minnesota who have declared a major in the College of EMS. Both Loek and Rice, who have spent their careers as engineers, want to give students an opportunity to further their education.

“We want people who never thought they could do it, to trudge through and not give up,” said Loek. “Good things can happen with just pursuing.”

Loek earned an industrial engineering degree and credits UW-Platteville in preparing him for his nearly 40-year career in manufacturing engineering. Prior to retirement, Loek held management positions in both engineering and operations. He notes the scholarship is to show his appreciation to the university.

“I want the school to flourish. I want other people to have the same experience I had,” Loek said. “UW-Platteville has a significant tie to my achievements. If I wouldn’t have gone to Platteville, I would not have had the opportunities that I did. Things would have been different.”

Rice said in setting up the scholarship they were able to set the criteria in ways that are meaningful to the family. It is one of the reasons why recipients of the scholarship have the opportunity to receive this gift throughout their collegiate career.

“College is expensive; it’s not just the first year,” said Rice. “Youth are the future. You’re investing in the future of everything. These kids who are in college now are hopefully going to go out and change the world in ways we can’t imagine.”

As Loek reflects back on his days on campus, an array of memories come back from spending time with his friends, to working on the “M” every fall with his engineering classmates, to the relationships he was able to form with his instructors.

“The professors were always willing to sit down, talk, and work things through. Their doors were always open,” he said. “I was able to talk to professors and build relationships. I would have been lost going to a larger college.”

Loek and Rice note they are in a point in their lives where they look back and think, “How did we get here?” They acknowledge there are so many people who guided them along the way. They believe in the notion of paying it forward.