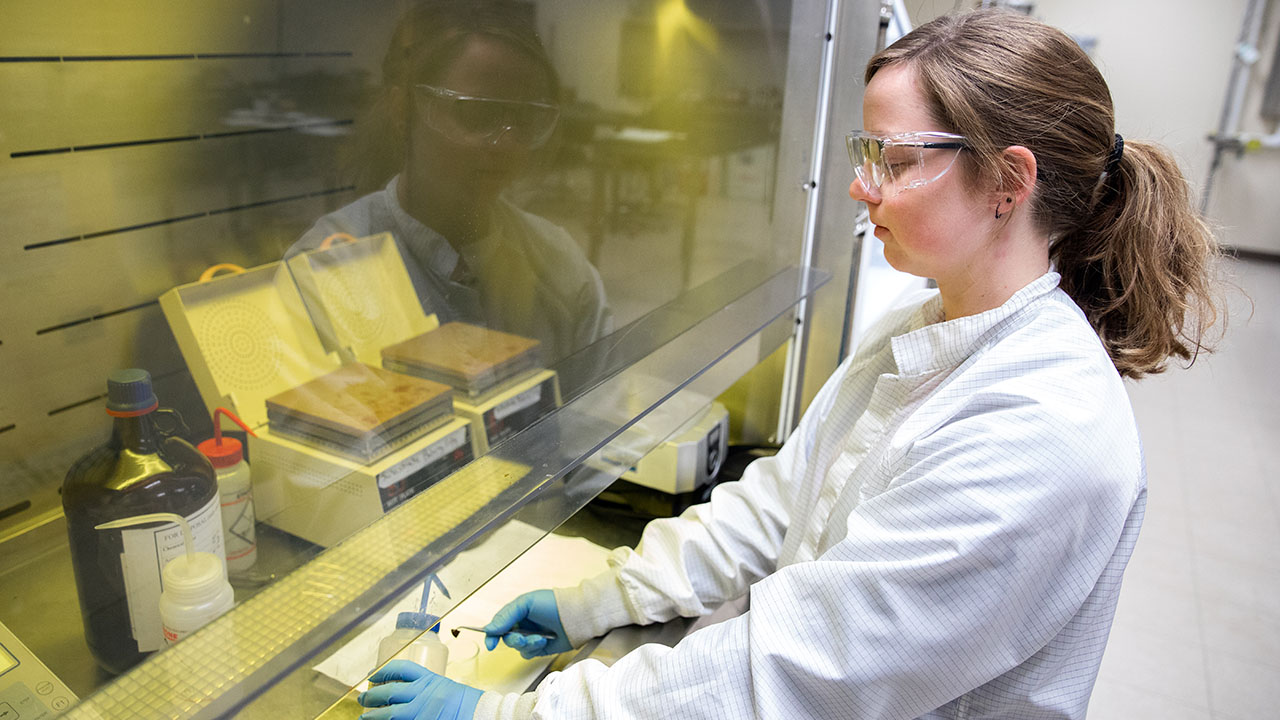 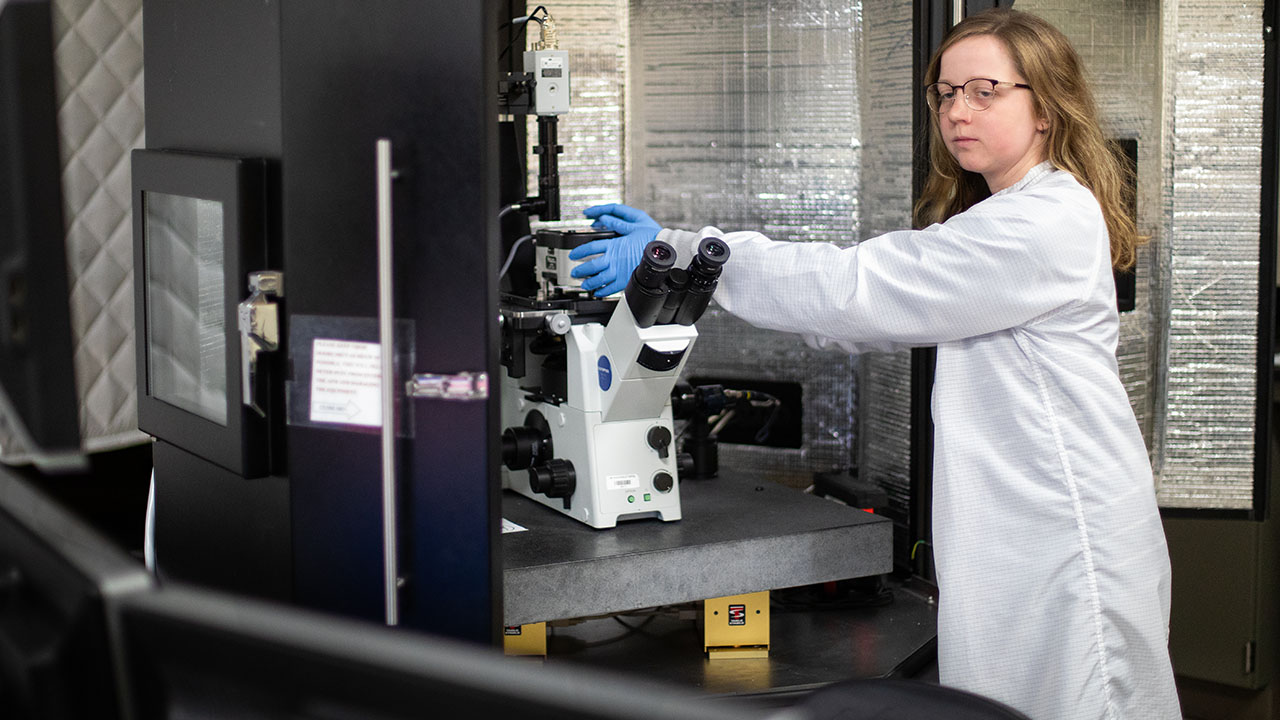 The race to create faster, smarter and smaller electronic devices has consumed the tech industry for decades, but is there a physical limit to just how small they can go? It is a question being explored in the University of Wisconsin-Platteville’s Material Fabrication and Nano Characterization Lab. Kayla Golden, a senior electrical engineering major from Muskego, Wisconsin, will present her research on nanoscale vacuum-channel field emission transistors at the annual UW System Research in the Rotunda event in Madison, Wisconsin.

“Transistors are basically the building blocks of all electronics,” said Golden. “Even your own smartphone has billions of transistors in it. They can function as amplifiers or as switches, and their switching abilities are used to create the ones and zeros in a computer’s code.”

According to a theory in the computing world known as Moore’s Law, the number of transistors that can fit on a chip roughly doubles every two years, making electronics faster. However, eventually these traditionally silicon-based transistors will reach physical limitations. For the past three years, Golden has been working with Dr. Hal Evensen, professor of engineering physics, to research carbon nanotube transistors.

“At this point, carbon nanotube transistors are still in the research phase, so it will probably be a while before we see them applied to electronics,” said Golden. “But, if we get to that point, it would basically mean faster and smaller devices – all the things we expect in advancing technology.”

Golden’s research is based on older technology; before the introduction of transistors, early computers used vacuum tubes that controlled electron flow in a high vacuum and, like transistors, could operate as a switch or an amplifier. However, vacuum tubes proved to be bulky, expensive, inefficient, and produced inconsistent results. While they were eventually replaced by transistors, there are, according to Golden, benefits to vacuum tubes that transistors lack due to the ideality of electron transport in a vacuum. These include faster switching speeds, higher frequency operation, radiation hardiness and extreme operating temperature.

Golden’s research project aims to fabricate a nanoscale vacuum-channel field emission transistor, which is a modification of the carbon nanotube transistor that incorporates the vacuum-transport aspect of a vacuum tube.

“It’s exciting to be a part of something outside of the classroom, especially to think maybe I’m making a difference in where further research will go,” said Golden. “There are a lot of applications for this technology that we probably can’t even think of yet. It’s possible that it could have applications with NASA, because, theoretically, it will be able to operate at higher frequencies and have a better hardiness to temperature changes and radiation.”

Golden said that the experience of working on this research has been invaluable in many ways. “Just having the opportunity to be in the Nano Lab is really cool,” she said. “It gives me the opportunity to work with equipment that I wouldn’t otherwise – like the scanning electronic microscope and atomic force microscope. Even if I don’t necessarily use them in my career, it helps improve my trainability with new equipment or software.”

On Wednesday, March 11, the 17th annual Research in the Rotunda event will bring more than 100 students from across the UW System to share their undergraduate research with legislators, state leaders, alumni and the public. Golden said she is looking forward to sharing the importance of this research with state leaders.

“I hope by speaking with representatives, we can showcase that research is important and that we need funding for these types of opportunities,” she said. “This opportunity has really helped me develop as a future professional.”

For more information about Research in the Rotunda, visit www.wisconsin.edu/research-in-the-rotunda/.