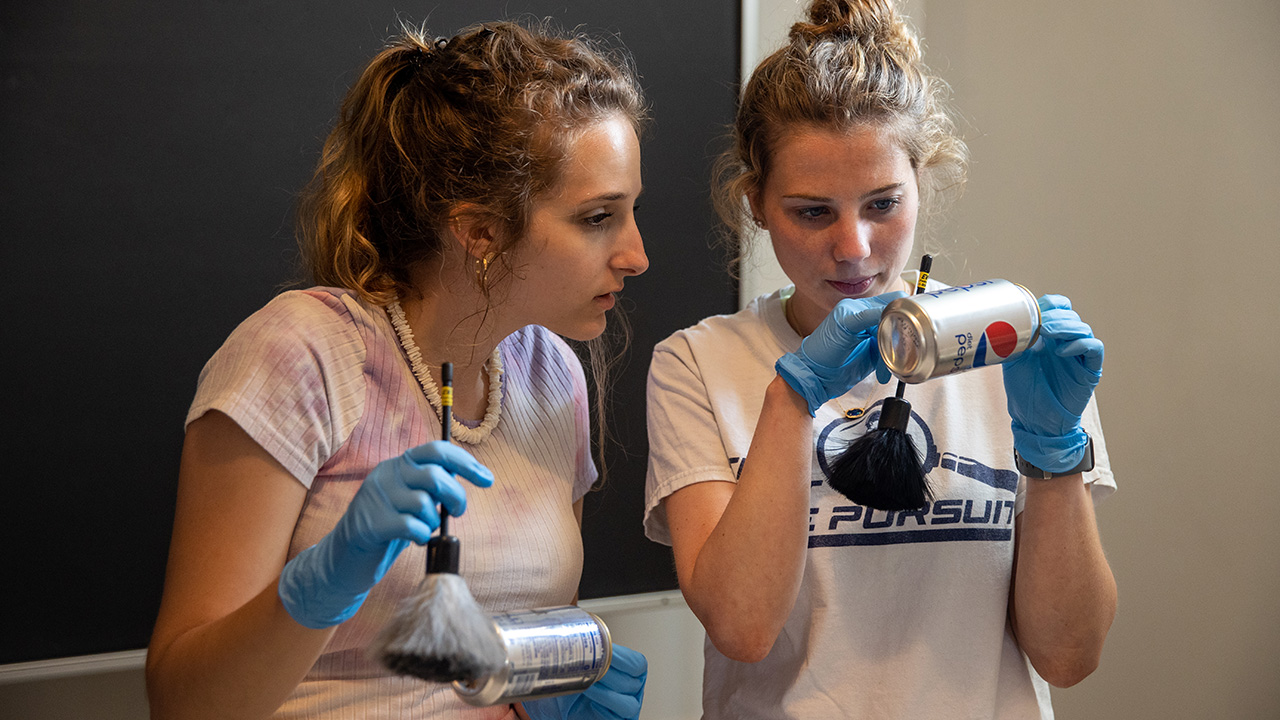 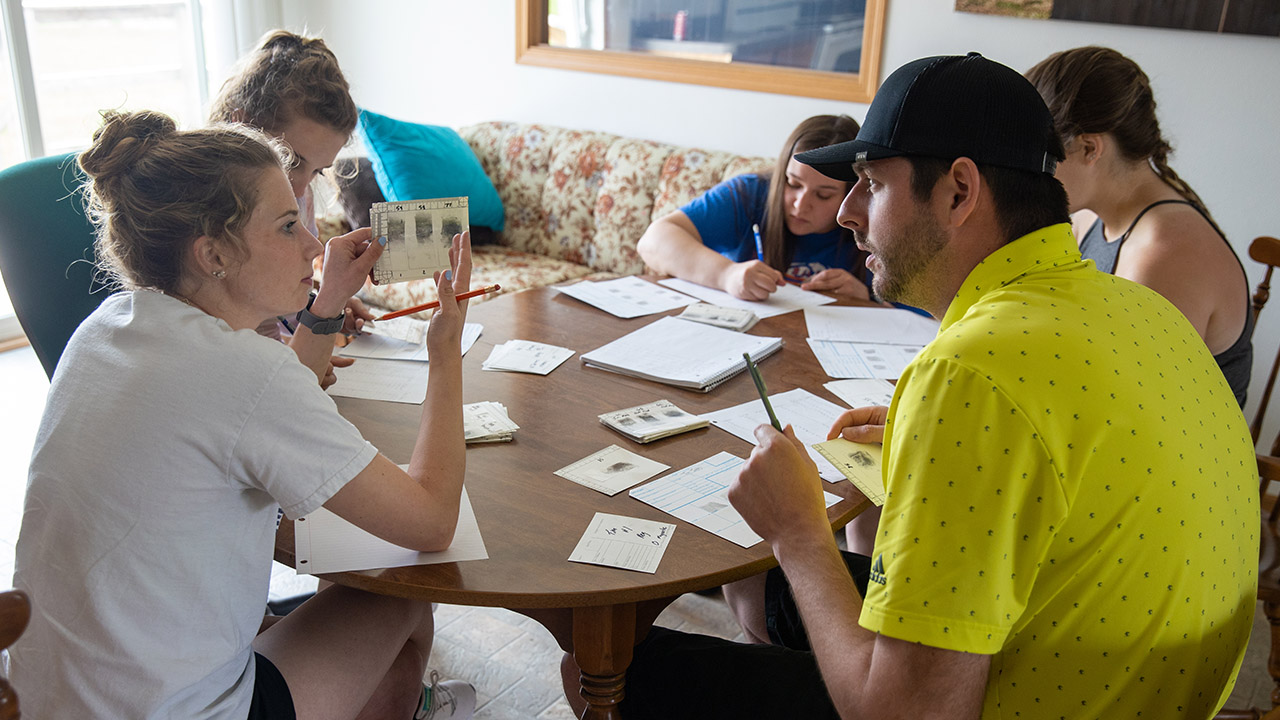 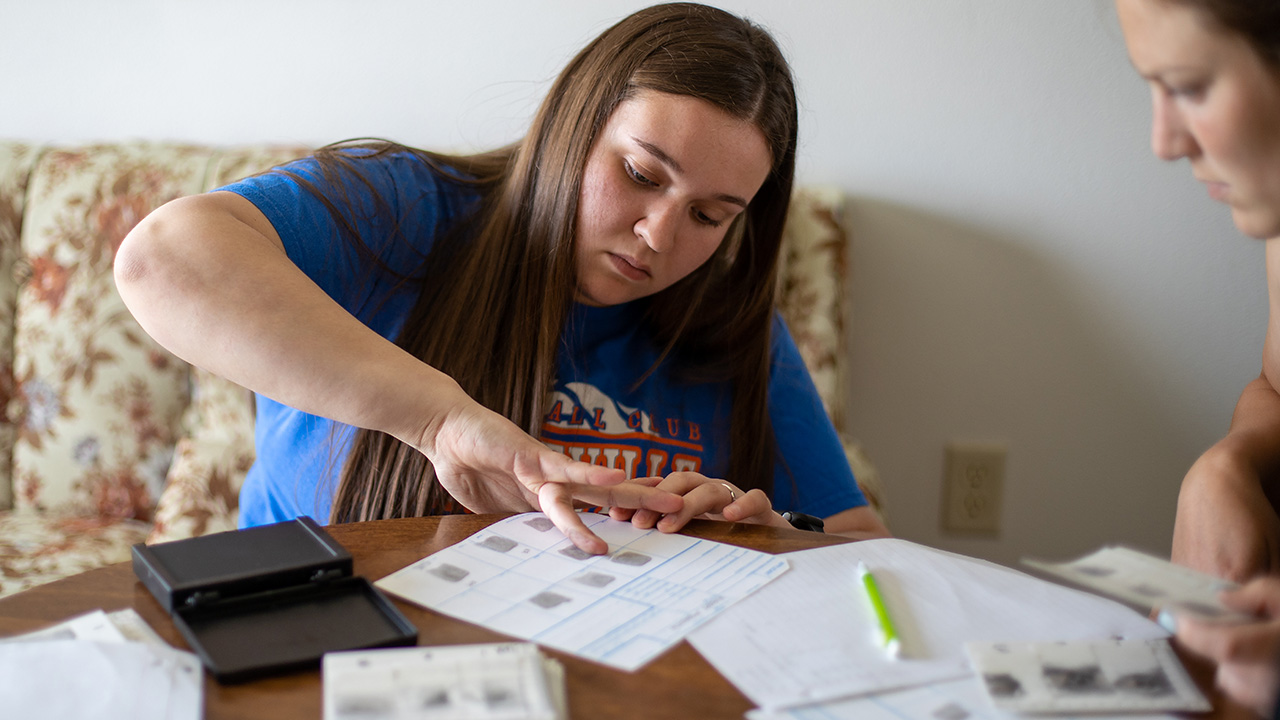 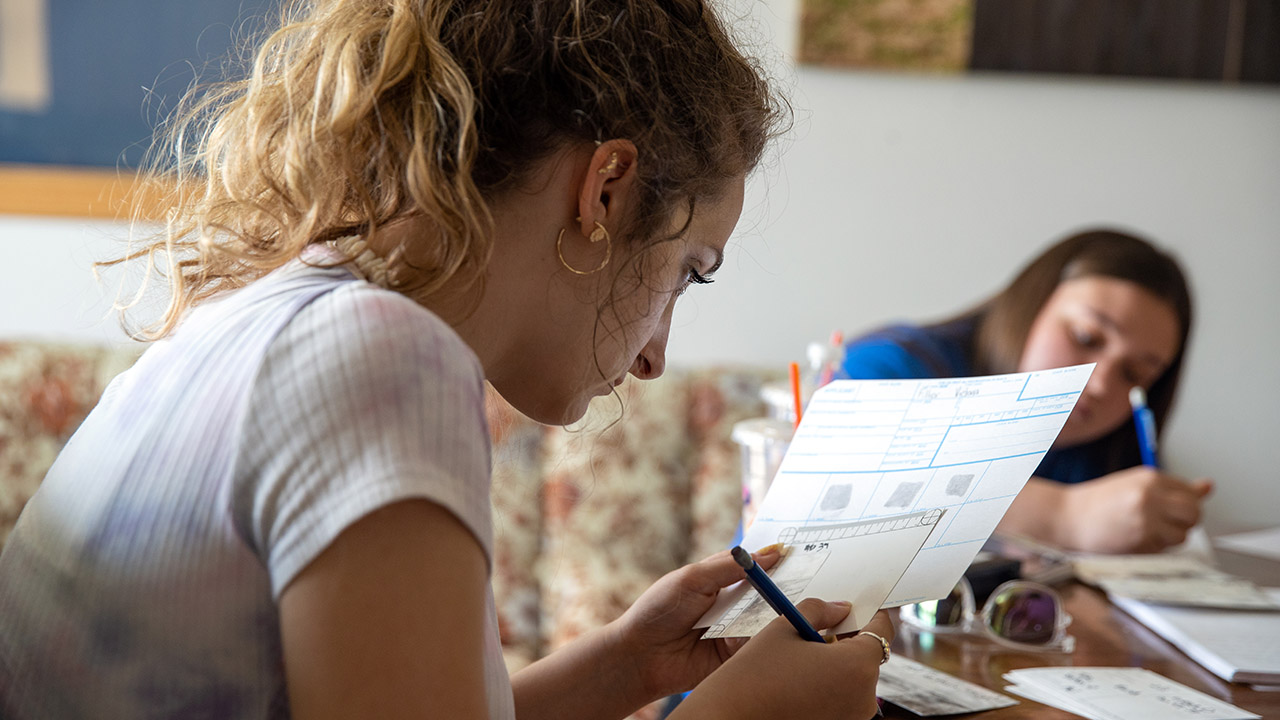 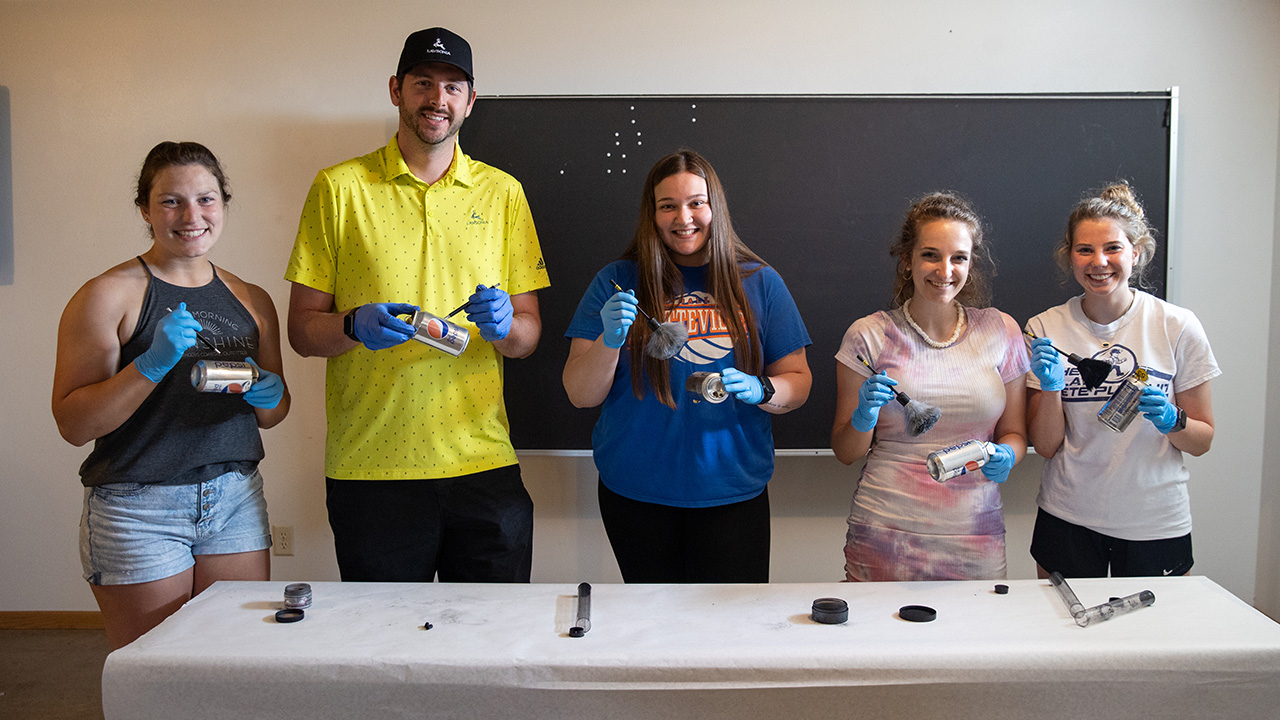 Timothy Juedes, University of Wisconsin-Platteville lecturer of criminal justice and forensic investigation, and a group of his students are investigating the longevity of fingerprints through his project titled, Outdoor Fingerprints. According to Juedes, the research is in its initial phase and is being conducted at the Forensic Investigation Crime Scene House Outdoor Research Facility (FICSH-ORF), where they are determining how long fingerprints can stay on surfaces outside and inside, while comparing results with climate data. Through the UW-Platteville Scholarly Activity Improvement Fund Research Grant, FICSH has a new Onset HOBO Weather Station with wireless soil monitoring probes where it logs multiple daily readings.

The two month mark of the project took place on April 6 and fingerprints could still be found on the outdoor soda cans. The group has also placed soda cans indoors, with the question, does a temperature and humidity-controlled building help dissipate the print faster versus outside?

“The weather station is important because we will be able to look back and determine when we received precipitation and how much,” said Juedes. “We can take that data and make different models, take averages and make a correlation between the climate data and fingerprints longevity.”

In early June, Juedes and his undergraduate researchers will begin their second cycle, which will cover the summer months. The third cycle will start in September and go into early 2023.

“My goal, going forward, is to add in and potentially change the surfaces,” said Juedes. “For now, I will keep the same mediums of the traditional and magnetic powders, and the fingerprint matrix of regular fingerprints, chip fingerprints and lotion fingerprints, to keep the six month cycle and parameters the same.”

As more seasonal data is collected, Juedes hopes his team can present their findings at the American Academy of Forensic Sciences Conference.

“This fall, we are going to work on the proposals and develop the documents needed to submit and apply to present at the American Academy of Forensic Sciences conference,” he said. “We have to do the submittal, which is the summer of 2023, for presenting in February 2024.”

Juedes acknowledged the importance of giving his students the opportunity to pursue undergraduate research. As the students embark on the process, Juedes wants his team to gain valuable hands-on experiences while understanding the concepts.

“[This research] gives the students more experience and practice at developing fingerprints, classifying and doing more surrounding latent fingerprints,” he said. “There are two different sides of fingerprinting, working active cases and maintaining the database. This gives students the exposure they will need for these professional positions.”

As Juedes and his team continue to monitor the indoor and outdoor fingerprints, he’s looking forward to seeing how the temperature, humidity and moisture plays a role in their findings.

“Over time, does the surface have an impact on the longevity of the actual fingerprint or is it solely by chance if the fingerprint stays or not,” he said. “I have high hopes this will be beneficial to the fingerprint world and to crime scene analysts.”