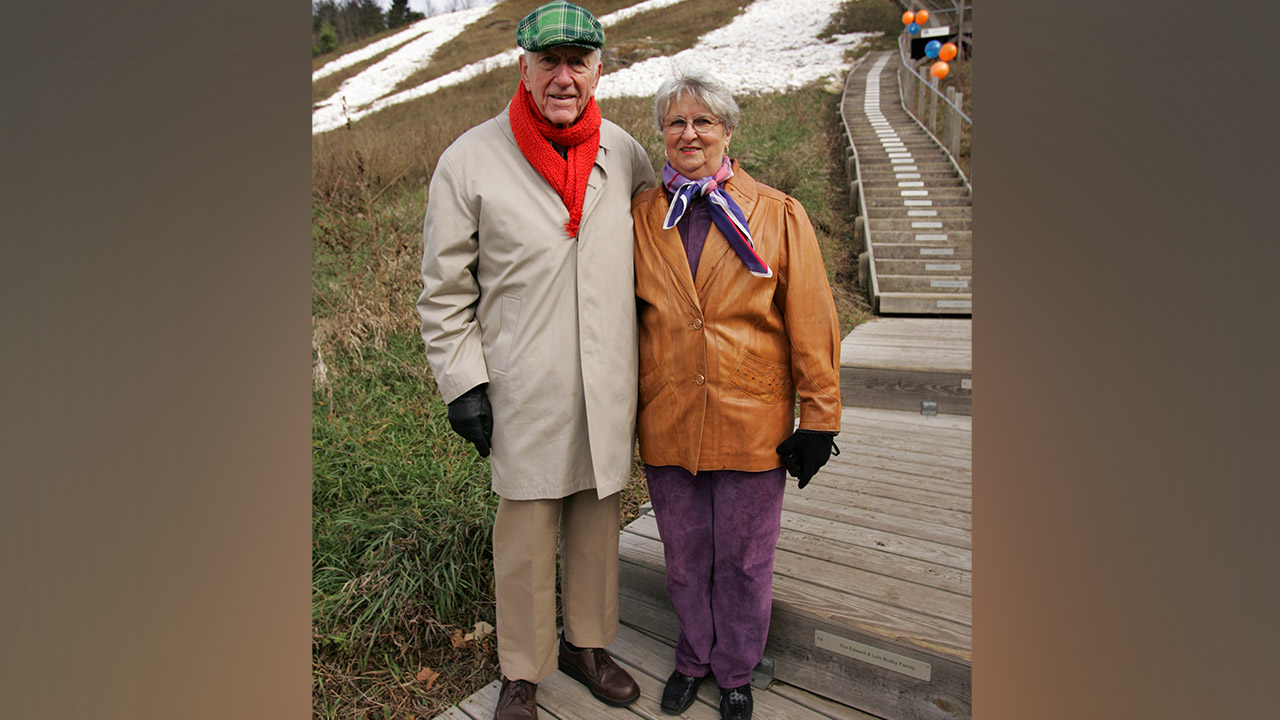 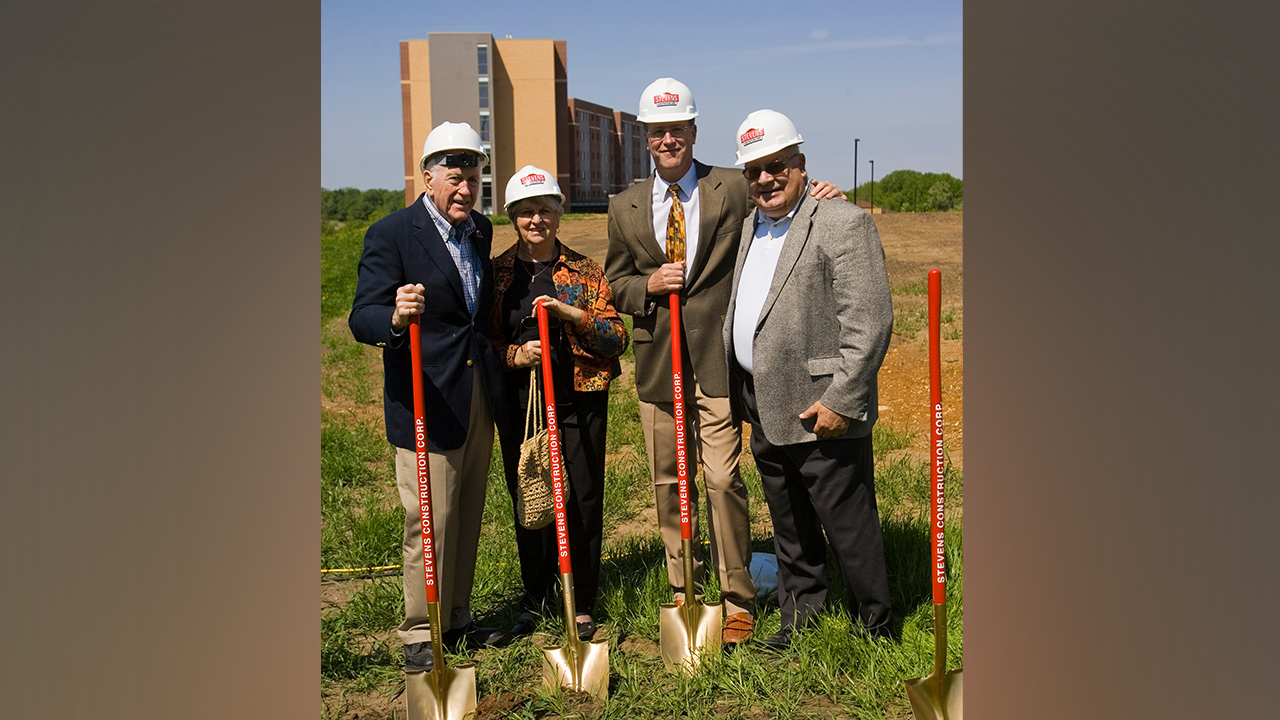 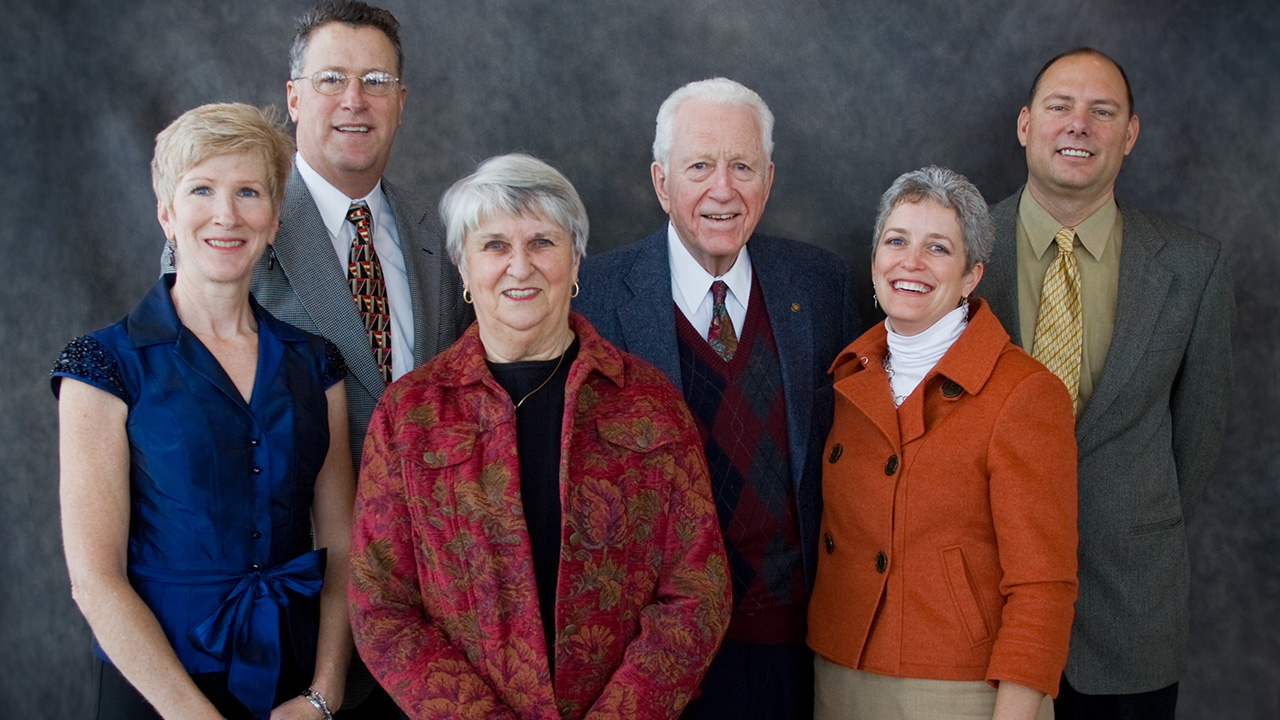 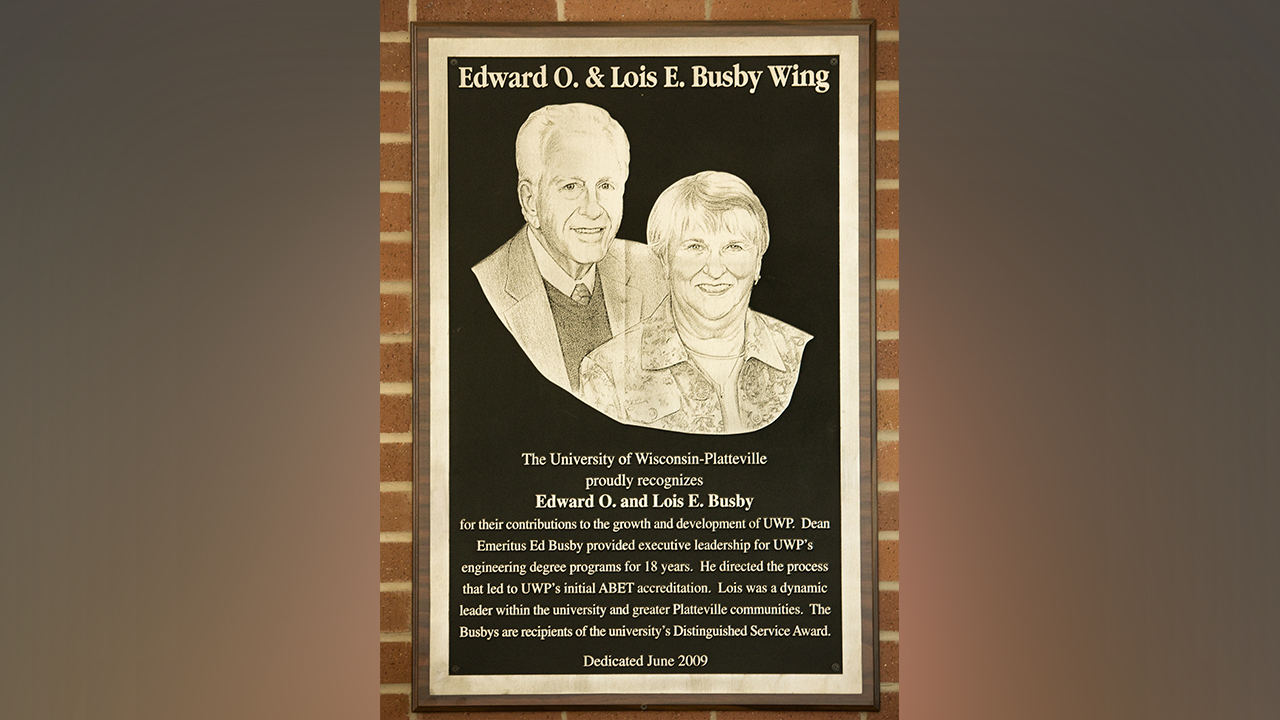 The Busby family moved from Madison, Wisconsin to Platteville in 1966, when Edward was hired as the dean of UW-Platteville’s College of Engineering. For the next 18 years, Edward played an instrumental role in the growth of the college, overseeing the process for the first ABET accreditation and the addition of mechanical, industrial and electrical engineering programs to the curriculum. He retired from UW-Platteville in 1988.

Edward’s son, John Busby, said that naming the building for his father and family will help current and future students to recognize this impact.

“There is a generation of engineers that will understand that there were other people ahead of them that made UW-Platteville engineering what it is today,” he said.

Lois was active in the university community as well, working closely with the faculty wives’ organization.

“My father and mother always looked at themselves as ‘team Busby,’ because my mother was a driving force also,” said John.

“The Platteville community is very warm and welcoming,” said John. “In a smaller town, it is easier to make a difference, and I’d like to think my parents made a difference.”

John is a graduate of UW-Platteville, earning his bachelor’s degree in general science and chemistry in 1976. He was active in the university’s ROTC program, and was commissioned in the U.S. Army in 1974. He later graduated from the Marquette University School of Dentistry. He established a dentistry practice in Madison in 1983.

According to John, his decision to stay involved with UW-Platteville is simple: to pay it forward to future generations.

“I had a really great experience at UW-Platteville, and I just hope any other kid that goes there has the equivalent,” said John.

It is a sentiment the entire Busby family has always shared, as they have all been consistent supporters of scholarships for students demonstrating need, including the Edward and Lois Busby Scholarship and the Busby Family Entrepreneurial Scholarship.

“The Busby family, as a whole, has been so supportive of the university in a number of ways,” said Chancellor Shields. “For instance, John has mentored many students who wish to enter the dental profession. It is a fitting tribute to name our building the Busby Hall of Engineering.”

John said that if he could sum up his feelings about the renaming of the building in one word, it would be “honor.”

“It was an honor for me to go to UW-Platteville; my parents always put a huge value on education,” said John. “I think it’s an honor to have my father recognized.”

“It is our privilege to recognize Dean Ed Busby’s legacy through this naming,” said Dr. Molly Gribb, dean of the College of EMS.

An official ribbon-cutting ceremony celebrating the naming of the building will take place at a later date. Engineering Hall opened in 2008 and is home to electrical and computer engineering, engineering physics, industrial engineering, the Nanotechnology Center for Collaborative Research and Development and more. UW-Platteville produces the second-largest number of Bachelor of Science engineering degrees in Wisconsin.

The Busby Hall of Engineering will soon be joined by a new engineering hall, the $55 million Sesquicentennial Hall, which will break ground later this fall and further enhance the program Edward Busby grew.