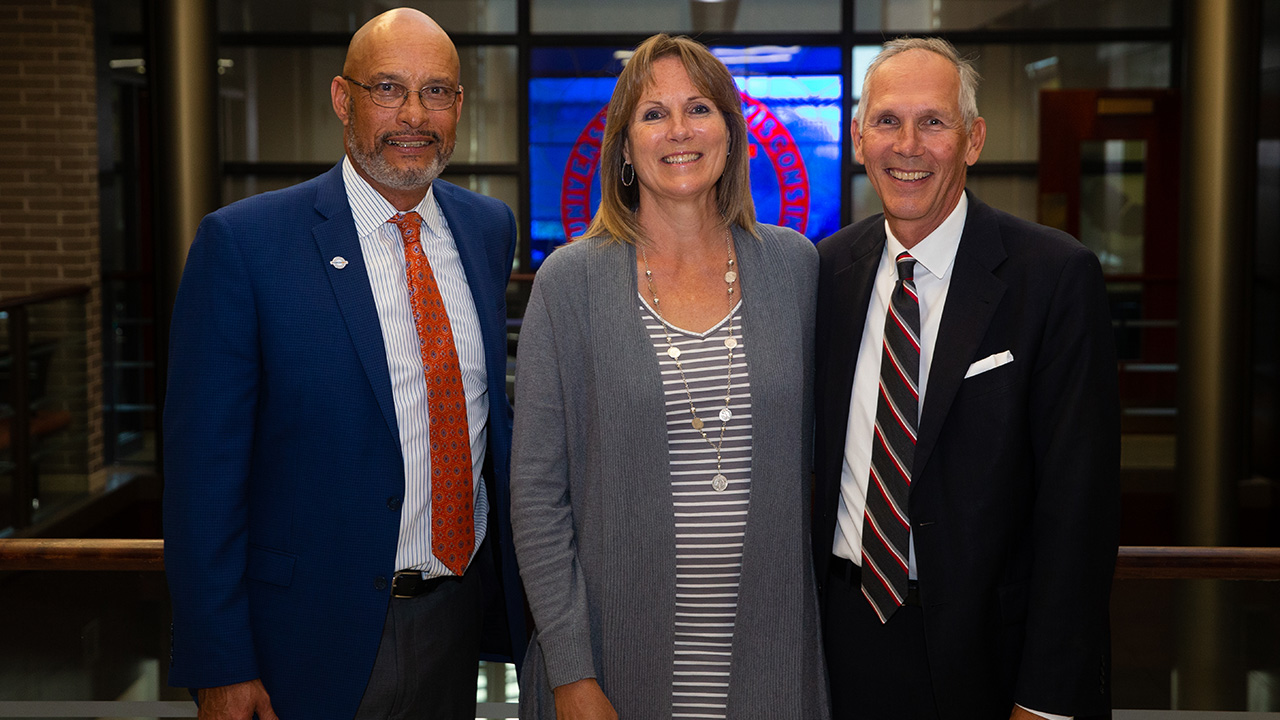 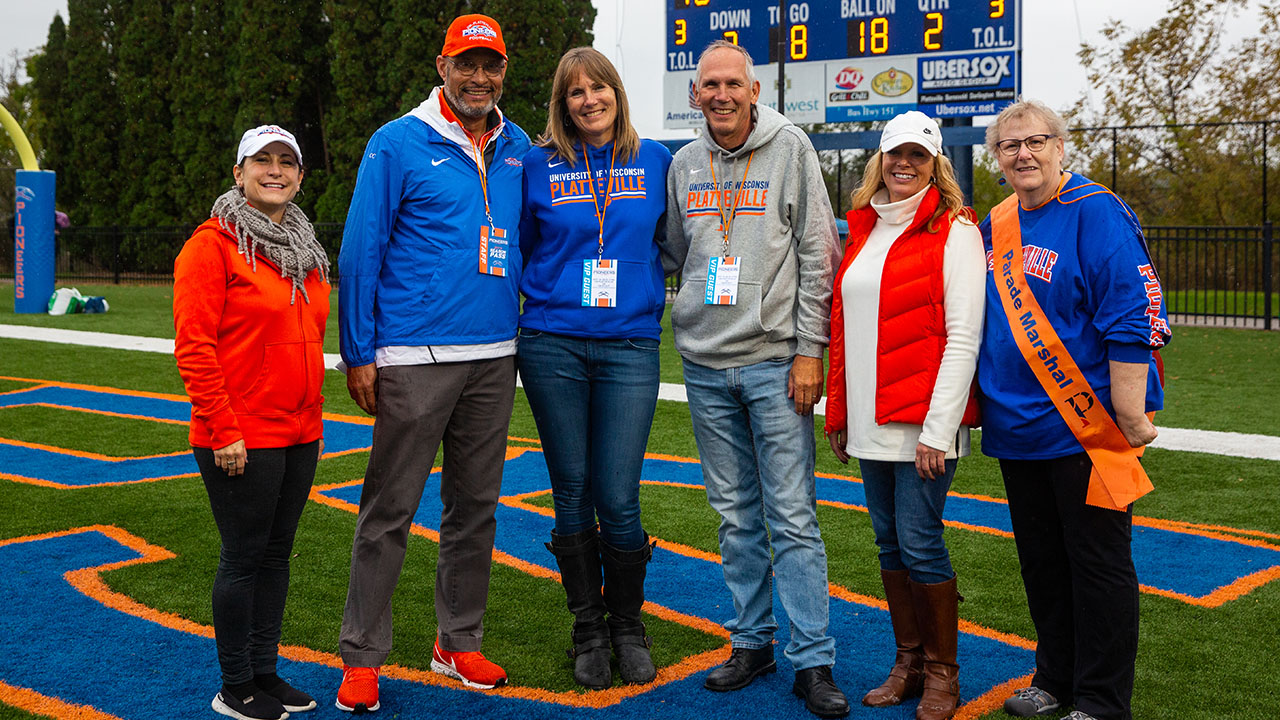 Higher education has been a significant part of Jon and Dr. Tori Erickson’s lives, and their recently announced planned gift to support University of Wisconsin-Platteville scholarships will help ensure it is also a part of the lives of future generations of Pioneers. Their estate gift is among the largest bequests the university has ever received. The Ericksons were honored during the Homecoming celebration this past weekend.

"I have gotten to know Tori and Jon Erickson over the years, and I am so impressed with them and their commitment to education and to UW-Platteville," Chancellor Dennis J. Shields said. "They are a remarkable couple who have engaged this campus in a number of ways. Their gift is an extension of that commitment."

Tori is a two-time alumna of UW-Platteville, having earned her bachelor’s degree in education from UW-Platteville in 1983 and her master’s degree in counseling and student personnel in 1988. She eventually earned her Ph.D. in higher education from UW-Madison. She spent the first 20 years of her career in admissions, both at UW-Platteville and UW-Whitewater, where she eventually served as executive director of admissions. Tori was a member of the Pioneer volleyball team and also received the Outstanding Recent Alumni Award in 1998.

“I enjoyed working with the students,” said Tori. “I love the student development aspect of working in admissions and recruiting students, helping them to identify what institution they want to attend and perhaps what major they were looking for and then watching that student grow as an individual. To watch them walk across that stage at graduation was very fulfilling to me.”

Tori credits mentors she found at UW-Platteville in helping to influence her successful career, most notably Dr. Richard Schumacher, whom she worked for in the Office of Admissions. According to Tori, he was instrumental in her career development. Tori also recognizes her instructor, Dr. Patricia Collins. “She was a wonderful teacher, a great leader and an ultimate professional,” said Tori. “I consider her a wonderful role model.”

The Ericksons currently reside in Guttenberg, Iowa. Jon, a 1976 graduate of UW-La Crosse, majored in history and social studies before eventually earning his master’s degree in educational psychology from UW-Milwaukee. He spent his career in education, working at UW-Milwaukee as an academic affairs specialist and then holding a 32-year career at ACT, where he eventually retired as president of the college admissions testing organization.

Jon agreed that working with students was a large influence on the couple’s decision to give, saying, “I think student growth was a driver for both of us, and still is. We’ve seen the impact higher education has had on learning and student development, and how it’s paid back to society later. We think that is one of the most important aspects of education and the economy.”

The decision to give back was an easy one for the Ericksons, who strongly believe in paying it forward. “I often repeat, ‘learn, earn and return,’” said Jon. “Tori’s learning at UW-Platteville enabled her to earn a good living, and now it is time to return it to the university.”

While the Ericksons support a number of institutions, the decision to include UW-Platteville was simple, as it came down to the students.

“When I think of the students the scholarships will potentially support, I see a student who has a genuine, strong work ethic and is very grateful to have the experience to be at UW-Platteville,” said Tori. “That’s the student whom I always saw when I was working there; the student eager to learn and help.”

Gift to the Wright Center to enhance experience for non-traditional, veteran students

Connecting students to their rural community

Alumna’s business to be featured in Etsy holiday ad