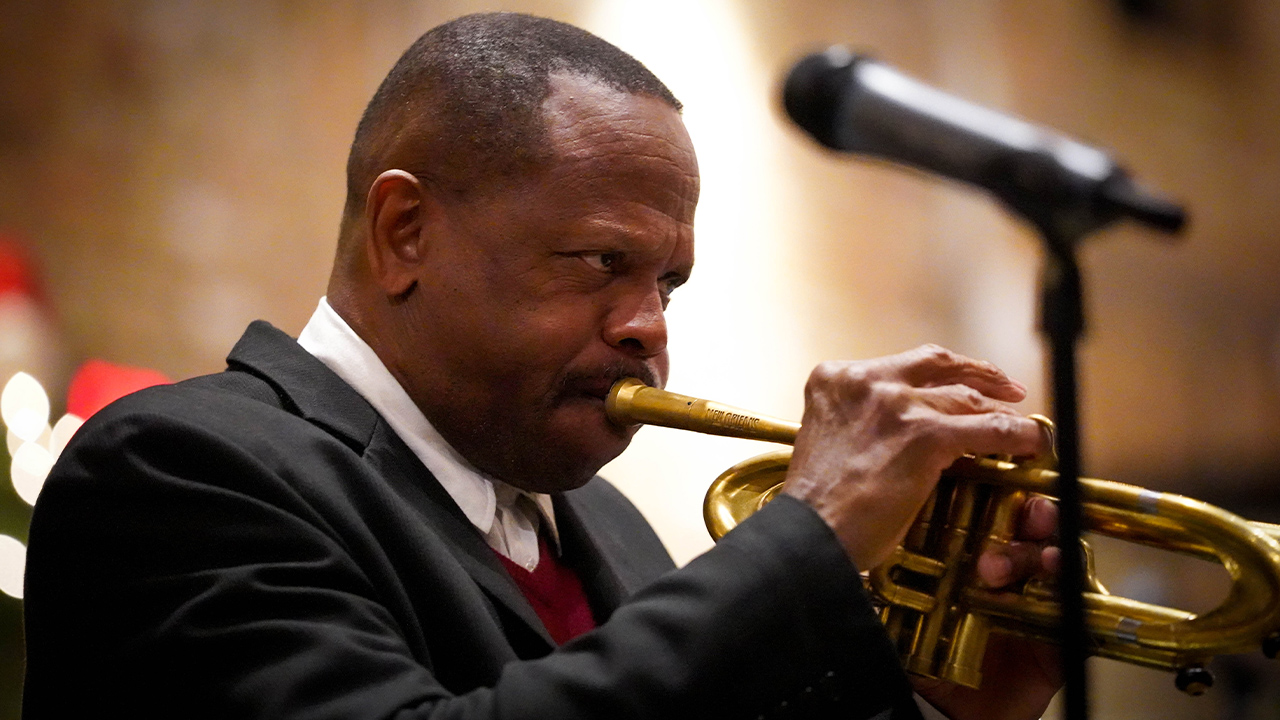 The University of Wisconsin-Platteville Department of Performing and Visual Arts and the Performing Arts Series will present Duke Ellington’s "The Nutcracker Suite" on Thursday, Dec. 15 at 7 p.m. in the Richard and Helen Brodbeck Concert Hall. Performed by Madison’s Darren Sterud Orchestra, the event will feature legendary jazz musician, LeRoy Jones. The Nutcracker Suite album was released in 1960 and features jazz interpretations of Tchaikovsky’s 1892 ballet arranged by Ellington and Billy Strayhorn.

“We are very excited to bring this Madison holiday tradition to Platteville,” said Ann Farrelly, professor of theatre at UW-Platteville and coordinator of the Performing Arts Series.

A Madison native, Darren Sterud has been an active freelance trombonist in Wisconsin and Minnesota since 2001. He studied music performance at UW-Whitewater and has played with other musical groups in Madison, including the Tony Castaneda Latin Jazz Band, Grupo Candela, The Jimmys and the Clyde Stubblefield Blues Band. Darren has had the opportunity to share the stage with such groups as B.B. King's All-Star Band, Preservation Hall Jazz Band, Leroy Jones, John Allred, The Fabulous Thunder Birds, Trombone Shorty, Los Lobos, Rebirth Brass Band, Stooges Brass Band, Chris Potter and Jiggs Whigham, to name a few. He has also toured nationally and internationally to Switzerland, United Kingdom, Romania, New York City, Brooklyn, New Orleans, Orlando, Memphis and St. Louis.

A member of the New Orleans Jazz Hall of Fame, LeRoy Jones was leader – at the tender age of 12 – of the seminal Fairview Band, a brass band whose alumni have included some of the best-known musicians in New Orleans. A regular at Preservation Hall in New Orleans and a featured performer in the Harry Connick Orchestra, where his playing and singing have made him a crowd favorite, Leroy has performed on every continent and in every major U.S. city at prestigious theaters, festivals and jazz clubs.

The Department of Performing and Visual Arts took over the Performing Arts Series in 2021 with a renewed commitment to bringing high-quality regional and national entertainment to the Platteville community at more affordable prices. New to the series is free admission for UW-Platteville students.

“We receive a lot of support from student fee money, so it is important that we remain student-centered and offer these opportunities for free whenever we can,” said Farrelly. “We’ve also adopted a consistent general admission price for the community, which should make these events more accessible to all. We hope you will join us for this special holiday event. It will be a wonderful evening of Christmas and jazz.”

Future Performing Arts Series performances include Sarah Day and Friends on Feb. 24, Jazz Fest on March 3 and The Big Payback returns on April 24. All events are at 7 p.m. in the Brodbeck Concert Hall.

Tickets for all events are $15 for general admission and $7 for those under 18. UW-Platteville students are free with a student ID. For tickets, contact the University Box Office at 608.342.1298 or visit tickets.uwplatt.edu. Plans are subject to change based on health and safety measures that may be in place at the time of the event.