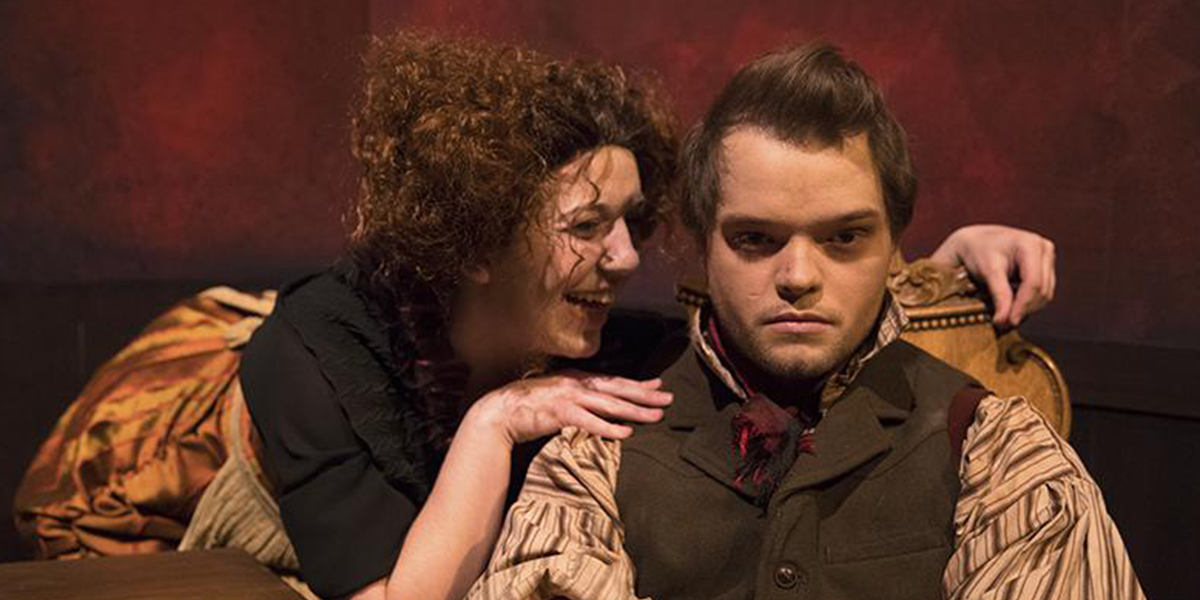 The University of Wisconsin-Platteville’s Department of Performing and Visual Arts-Theatre and Pioneer Players will continue their 2018-2019 season with the sinister and popular musical “Sweeney Todd: The Demon Barber of Fleet Street.”

Celebrating its 40th anniversary, the original production premiered on Broadway in 1979. With a book by Hugh Wheeler and music and lyrics by Stephen Sondheim, the demon barber has been a musical theatre staple for decades. The story follows Sweeney Todd’s path of rage and vengeance as he seeks to reunite with the family he lost 15 years ago and to destroy all those responsible. Along the way, he meets Mrs. Lovett, a shop owner selling the “worst pies in London,” and the two of them hatch a twisted plan that is beneficial to both of their interests.

“The tale of Sweeney Todd and this musical are well-known, and there have been many successful versions over the years,” said Ann Farrelly, associate professor of theatre at UW-Platteville and director of the production. “We thought it would be interesting to see the show in a new way, emphasizing the meta-theatrical and the overt storytelling aspects that are a hallmark of much of Sondheim’s work. Our show takes place in a Victorian London pub, and the characters are merely amateur actors and musicians putting on a show for themselves. They are ‘attending the tale’ just as we, the Platteville audience, will be. It creates a very interesting dynamic.”

“I am so proud of this cast,” said Farrelly. “This concept requires them to be a strong ensemble, and they don’t disappoint. Everyone is onstage the entire show – and much of the pre-show. I am also excited to have such talented musicians be a part of this world. They are not a pit in the traditional sense. They are characters in the story, too.”

“This team is incredible. I am so lucky to have such talented colleagues and students,” said Farrelly. “As with all of our productions, students from all over campus, in all three colleges, are represented both onstage and backstage. Of the over 50 students involved in ‘Sweeney Todd,’ almost half represent the College of Business, Industry, Life Science and Agriculture and the College of Engineering, Mathematics, and Science while the remaining students represent a variety of majors from the College of Liberal Arts and Education. It truly is one of the largest cross-campus collaborations. Non-majors continue to make a major impact, and that is something that sets UW-Platteville apart from other schools – the opportunity for all students to participate in a variety of interests, regardless of their degree pursuits.”

Tickets and fees for the production are $14 for general admission, $12 for faculty/staff/seniors and $7 for students. For tickets and information, contact the University Box Office at 608-342-1298 or online at tickets.uwplatt.edu.