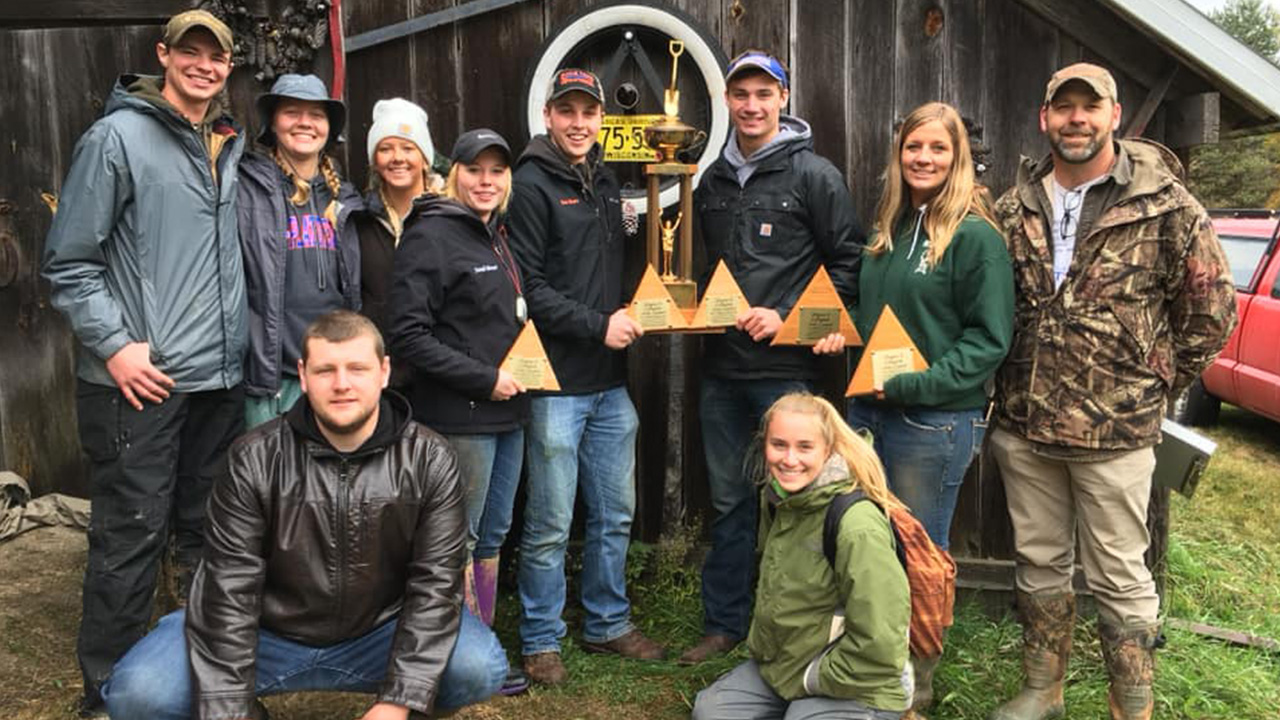 Participating in the event were 48 students from six universities: UW-Platteville, UW-Stevens Point, Purdue University, the University of Illinois Urbana-Champaign, Illinois State University and The Ohio State University. The event involves intensive study of soils and landscapes of a region and culminates in both individual and group competitions, which test the participants' abilities to describe and classify soils using a scientific system called Soil Taxonomy. The contestants also determine limitations of the soil for specific land uses, such as building sites and septic systems based on specific soil properties. Scoring is based on the agreement between the contestant’s descriptions and those of professional soil scientists serving as contest officials. Contest officials were Jeff Deniger and Kevin Traastad, soil scientists with the Natural Resources Conservation Service, and Dr. Bryant Scharenboch from the College of Natural Resources at UW-Stevens Point. Trophies were donated by the Wisconsin Society of Professional Soil Scientists.

In the individual competition, Peetz took home first place honors, while Jones and Breuer placed sixth and tenth, respectively. The UW-Platteville-A team made up of Peetz, Jones, Breuer and Behrens placed first in the overall competition, qualifying UW-Platteville for the National Collegiate Soils Contest to be held in Spring 2020 in Ohio. The team placed third in the group judging portion of the contest.

Funding for team travel was provided by the Segregated University Fees Allocation Commission, and the donations made by alumni and friends to the UW-Platteville Foundation - Soils and Crops Teams Endowment Fund.