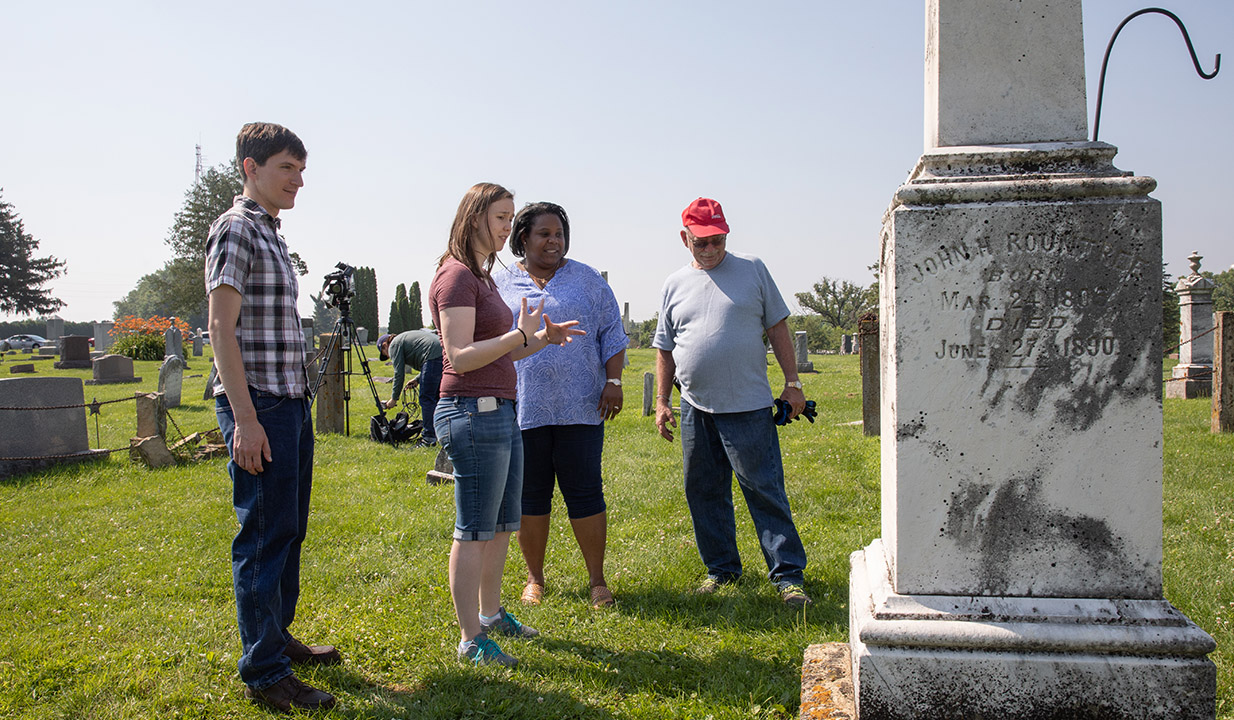 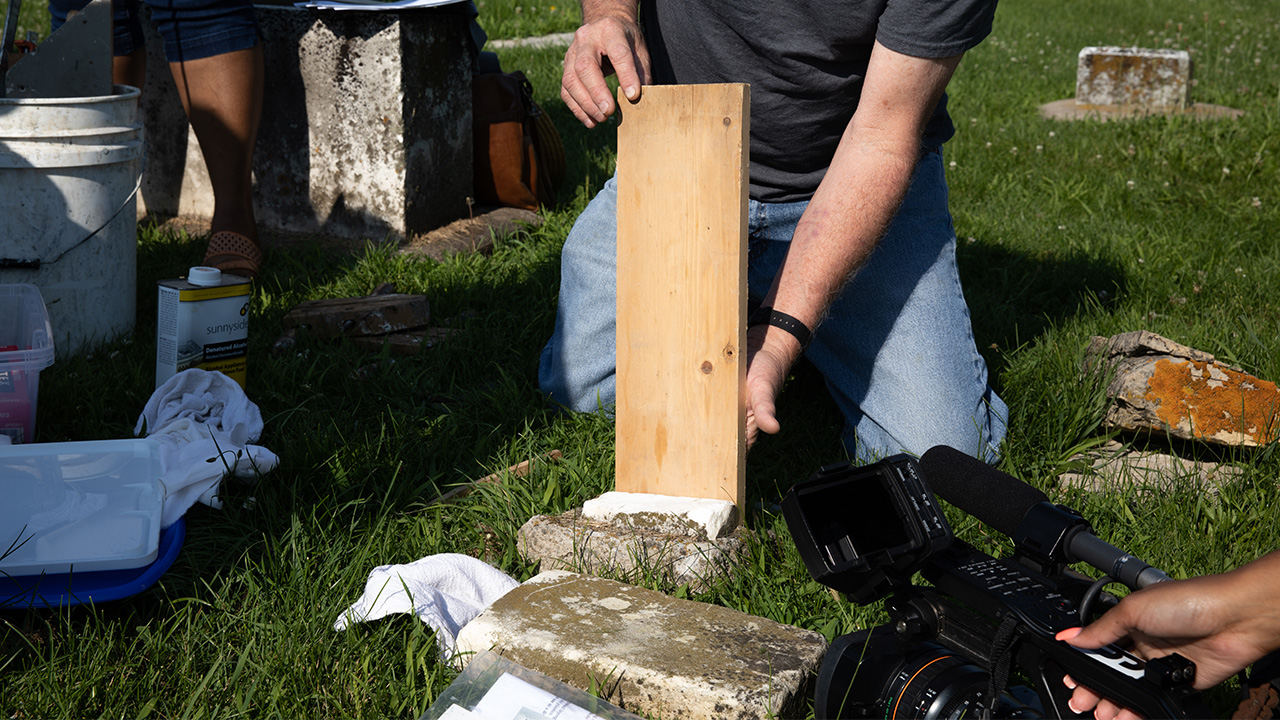 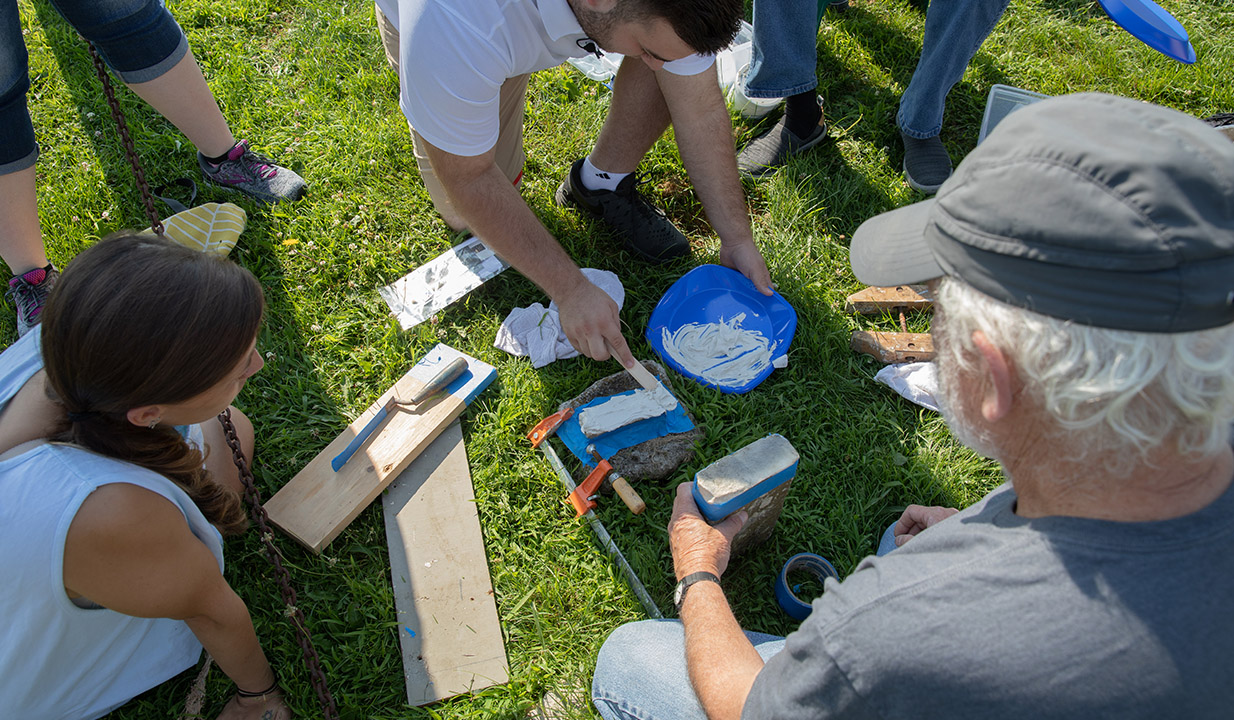 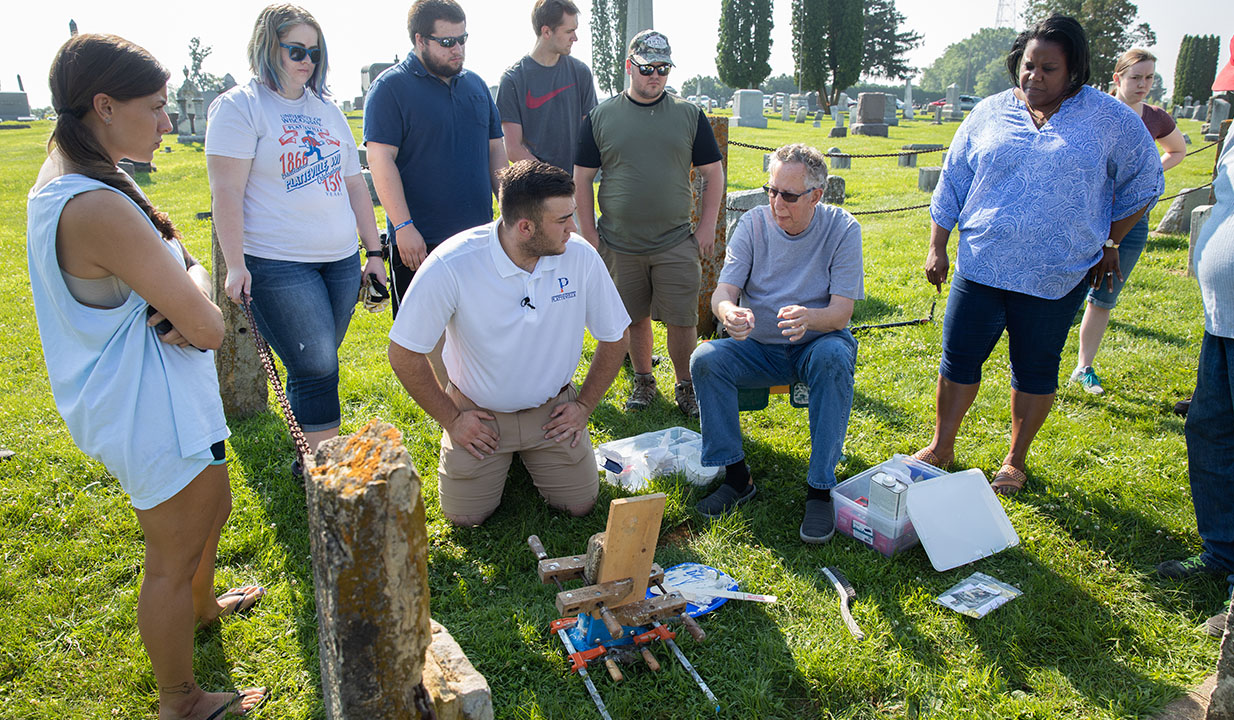 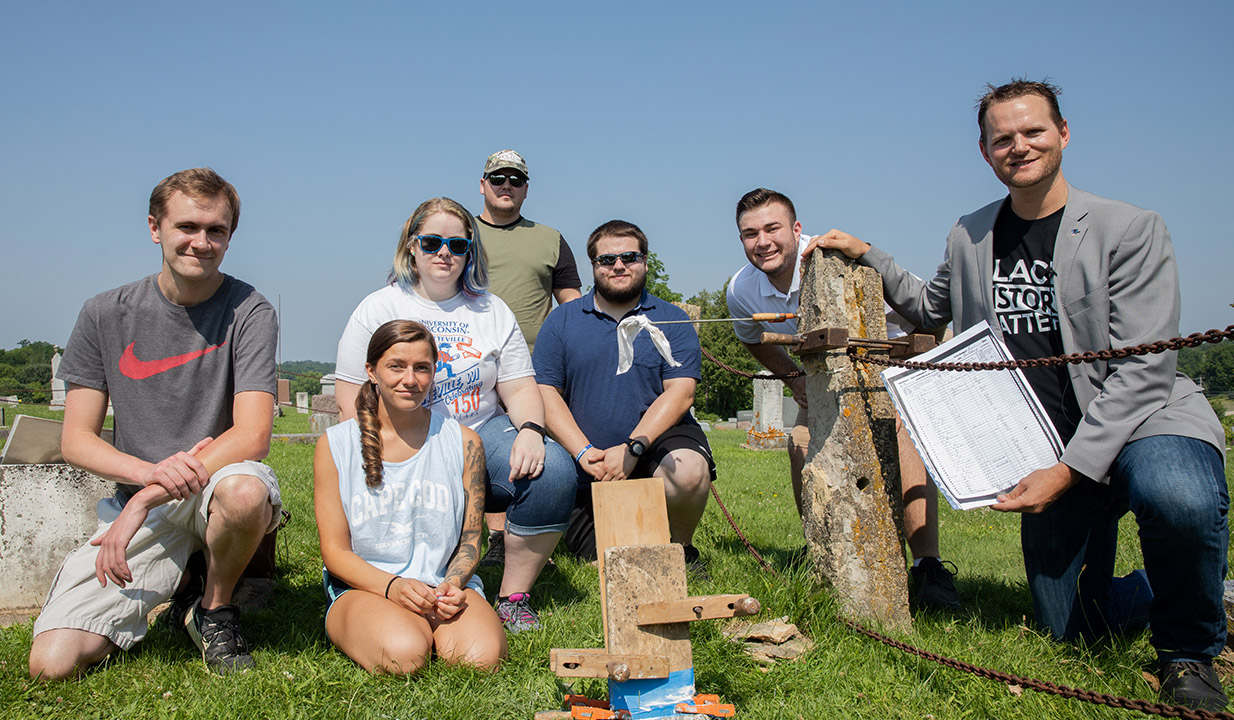 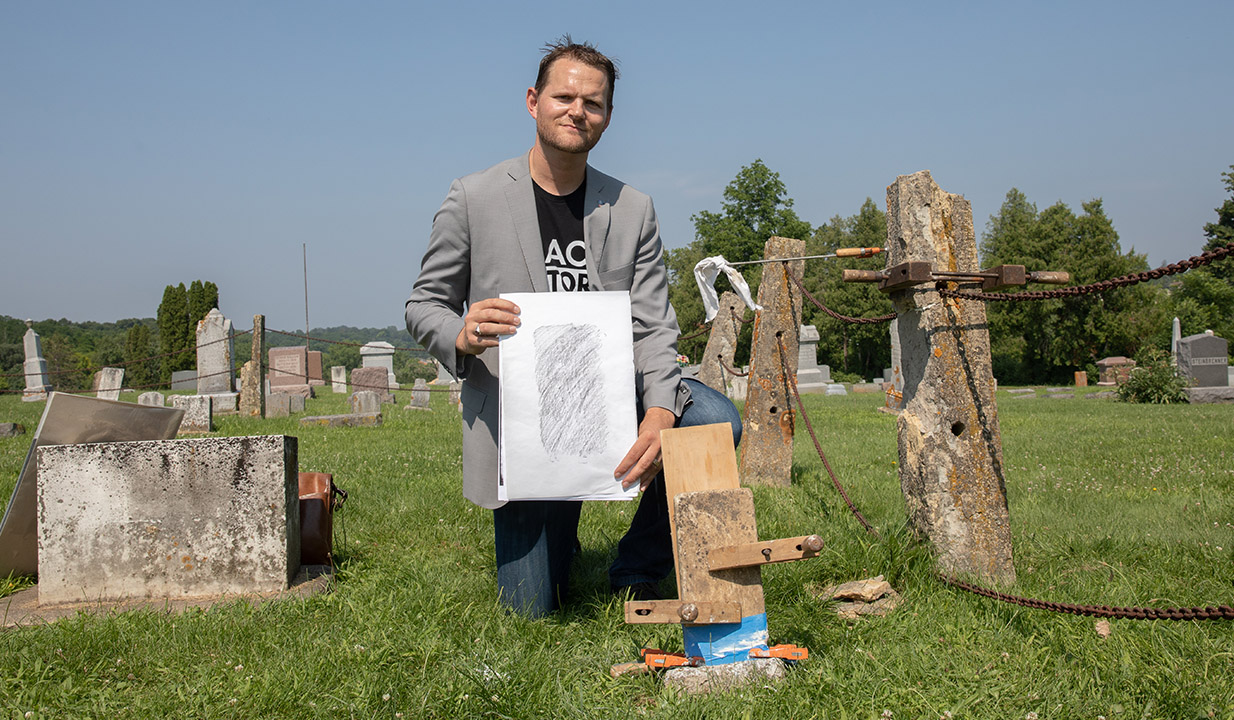 Dr. Eugene Tesdahl, assistant professor of history at UW-Platteville, and a small group of students in his summer history course, The History of Wisconsin, recently helped repair and restore Rachel's headstone (an enslaved African American) at Hillside Cemetery in Platteville. This was part of ongoing research Tesdahl and his students have been conducting to uncover information about enslaved African Americans in the Southwest Wisconsin region. Their research has found that prominent figures of the region brought enslaved African Americans with them, including: Henry Dodge of Dodgeville, Henry W. Jones of Sinsinawa, and John Rountree of Platteville. Rountree received an African American woman named Rachel as a wedding gift at his 1828 wedding to Mary Grace Mitchell in Galena, Illinois. Slavery had been illegal there since either 1787 or 1818. The couple then took Rachel illegally to their home in free Michigan Territory at Platteville. In 1830 Rountree purchased Maria and her 18-month-old son Felix in Galena. Rountree held Rachel enslaved at Platteville until 1841, when he finally freed her. She then lived with and worked for her former enslavers until her death in 1854. She is buried in the Rountree family burial plot in Hillside Cemetery in Platteville.