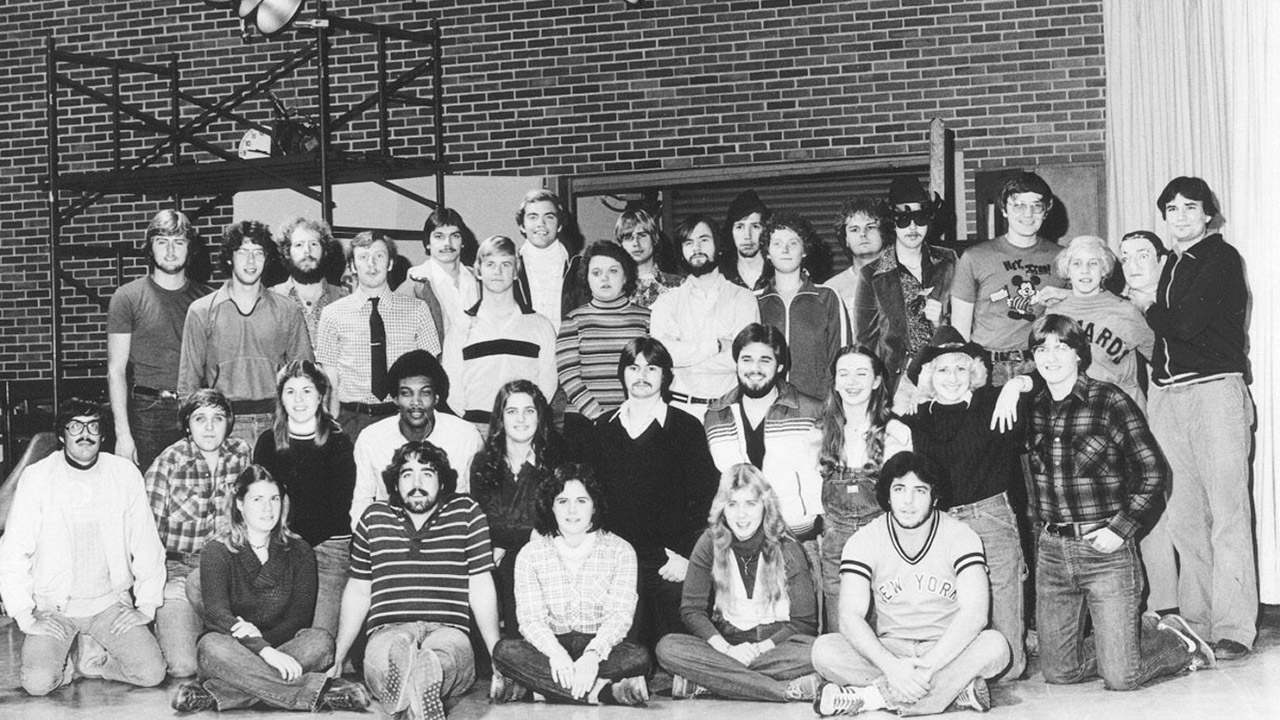 Mark your calendar for Saturday, Sept. 17, 2022. UW-Platteville is hosting a ‘once-in-a-lifetime’ reunion event to celebrate the 50 plus years of success of WSUP and the academic program in radio and television broadcasting. If you majored in any of the iterations of the broadcasting program—even if you didn’t graduate in the major—or if you worked at WSUP, please join us for a weekend of renewed friendships, memories and fun highlighted by a business-casual dinner on Saturday evening, and a fund-raising initiative to promote the long-term health of WSUP and its students. Additional activities are planned for Friday, Sept. 16 and Sunday, Sept. 18.

It all started in a little 240-watt radio station in Southwest Wisconsin many years ago. Somewhat humorously, so begin many stories of successful broadcasting careers. Ironically, for students who majored in radio-television broadcasting at the University of Wisconsin-Platteville, or who worked at WSUP radio, that’s exactly how many of those success stories began.

WSUP began life as WSCI-FM in February 1964.  Over the years the station changed call letters, operating frequency, studio location and transmitting power. It was the first student-operated radio station within the University of Wisconsin System, followed by similar stations on other UW System campuses over the years. UW-Platteville faculty members Paul Gauger and Glenn Brooks led the effort to secure the station’s initial license. (Wisconsin’s first “official” student-run radio station was Ripon College’s WRPN in 1961).

The official licensee of WSUP has always been the Wisconsin State Board of Regents, with overall supervision maintained by UW System and day-to-day operations managed by the individual campuses.

Regardless of their academic major, students from the entire UW-Platteville campus participated in WSUP radio. A collaborative effort between the academic departments of speech and industrial studies offered coursework to support the station’s operation.  That initiative evolved into an academic program called radio-television broadcasting, which was housed in the newly created Department of Communication in 1977.

As UW-Platteville’s program array changed over the years, the names of academic majors and departments also changed. Radio-television broadcasting became broadcast technology management, with specific coursework in production and programming, sales and management and broadcast engineering. As the curriculum changed, so did the specific needs for faculty and academic staff qualifications. Over time, many of the program’s valuable hands-on classes transitioned into more theoretical and broad-based courses.

Broadcast technologies and regulation evolved over the years, as did the market demand for qualified broadcast-career applicants. Once drawn by the “sizzle” of radio and television many prospective broadcasters turned to other academic majors that promised better career opportunities and more interesting challenges.

By 2015, the then Department of Media Studies began to phase out broadcasting classes altogether and the entire department was eventually eliminated. Without an academic program to call home, WSUP migrated to oversight within the Pioneer Involvement Center.